'State of insurrection' as rioters run amok in Paris

The popular rebellion erupted out of nowhere on November 17 and has spread quickly via social media, with protesters blocking roads across France and impeding access to shopping malls, factories and some fuel depots. Unrest erupted in several towns and cities across France, from Charleville Mezieres in the northeast to Marseille in the south. In the Riviera city of Nice trucks blocked access to the airport, and in the central town of Puy-en-Velay, the police headquarters was set on fire. 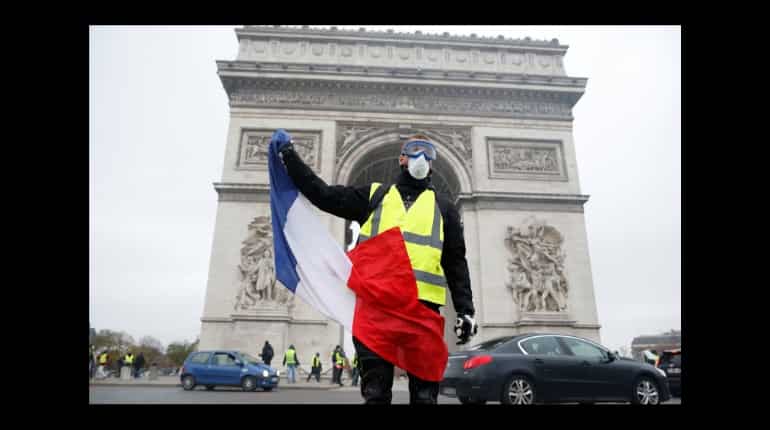 Rioters ran amok across central Paris on Saturday, torching cars and buildings, looting shops, smashing windows and clashing with police in the worst unrest in more than a decade, posing a dire challenge to Emmanuel Macron's presidency. (All text by Reuters) 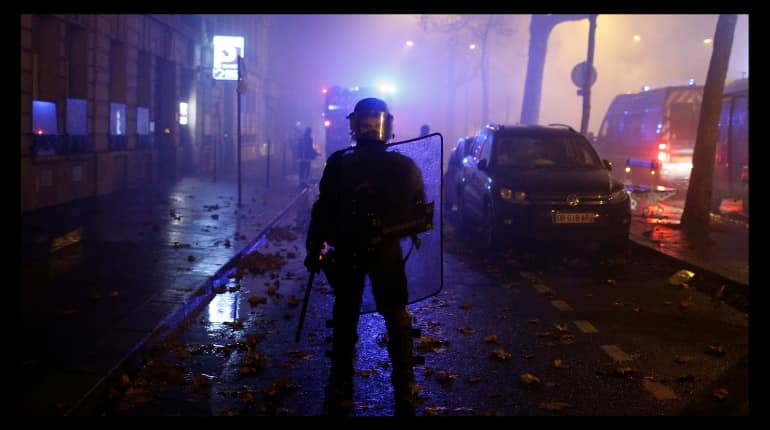 The authorities were caught off guard by the escalation in violence after two weeks of nationwide protests against fuel taxes and living costs, known as the 'yellow vest' movement after fluorescent jackets kept in all vehicles in France.

In Paris, police said they had arrested almost 300 people while 110 were injured, including 20 members of the security forces. Police fired stun grenades, tear gas and water cannon at protesters at the top of the Champs-Elysees boulevard, at the Tuilleries Garden near the Louvre museum and other sites. 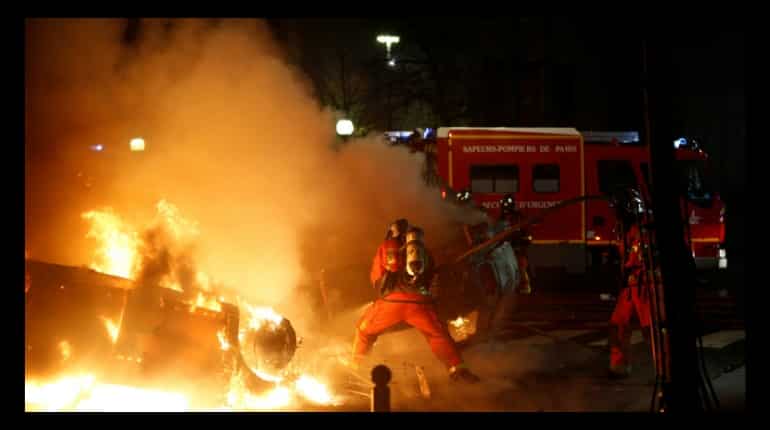 No police presence at all

Groups of young men, their faces masked and some carrying metal bars and axes, rioted through the streets of central Paris on Saturday, setting a dozen vehicles ablaze and torching buildings, unleashing the city's worst urban unrest for years.

In some areas there was virtually no police presence at all, as groups of masked men roamed in the shadows of the capital's fabled landmarks and through its fanciest shopping districts, smashing the windows of designer boutiques.

'We are in a state of insurrection, I've never seen anything like it,' said Jeanne d'Hauteserre, the mayor of Paris' 8th district, near the Arc de Triomphe. 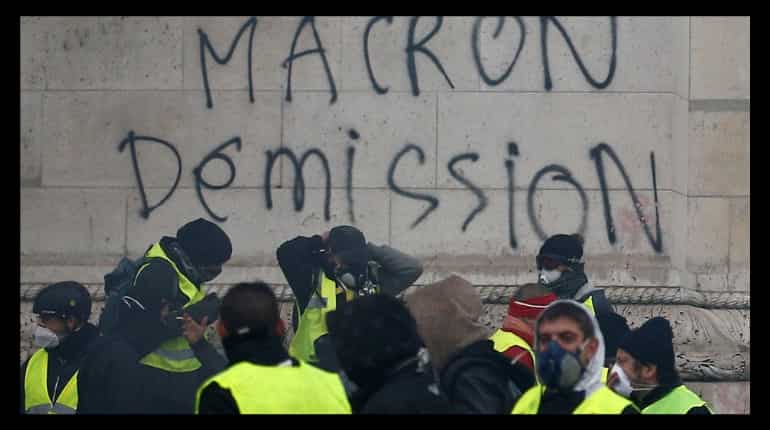 French President Emmanuel Macron, in Argentina for a G20 summit, said he would convene ministers to discuss the crisis upon his return on Sunday. On  Saturday, some targeted the Arc de Triomphe, chanting 'Macron Resign' and scrawling on the facade of the towering 19th-century arch: 'The yellow vests will triumph.'

Addressing a news conference in Buenos Aires, Macron said no cause justified the looting of stores, attacks on the security forces or torching of property. The violence, he said, had nothing to do with the peaceful expression of legitimate grievances.

'I will always respect differences. I will always listen to the opposition, but I will never accept violence,' Macron said. 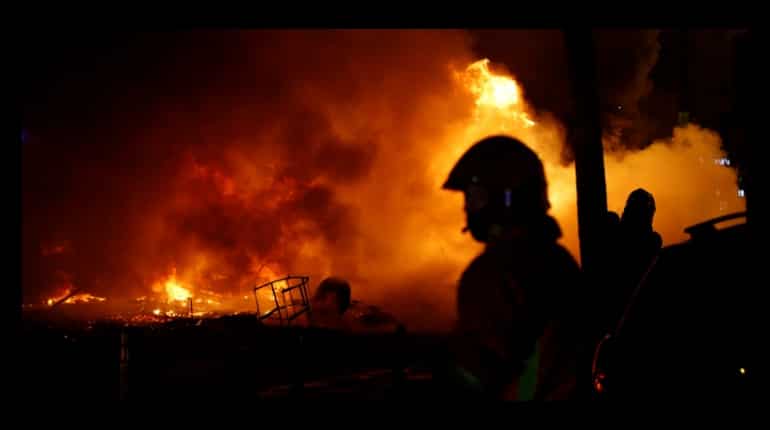 The protests began as a backlash against Macron's fuel tax hikes, but have tapped into a vein of deep dissatisfaction felt towards the 40-year-old's economic reforms, which many voters feel favour the wealthy and big business.

Unrest erupted in several towns and cities across France, from Charleville Mezieres in the northeast to Marseille in the south. In the Riviera city of Nice trucks blocked access to the airport, and in the central town of Puy-en-Velay the police headquarters was set on fire. 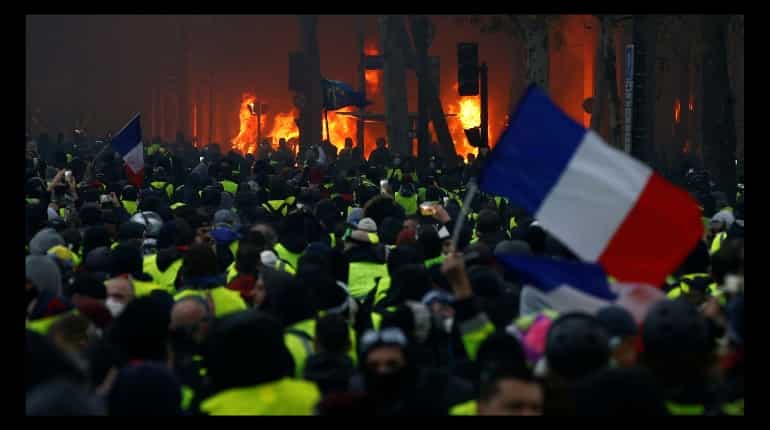 The protests are taking a toll on the economy. Parts of central Paris that should have been packed with tourists and Christmas shoppers resembled battle zones, as smoke and tear gas hung in the air and debris littered the ground. Hotels and department stores in the capital stand to lose millions, and shelves have run empty in some supermarkets.

Despite the unrest that has accompanied the protests, the 'yellow vests' have widespread public support, even in cities.