It is a major step towards jumpstarting the country’s space programme and achieving ambitious goals in 6G networks, spy satellites, and even lunar probes.

Let's take a look at it: 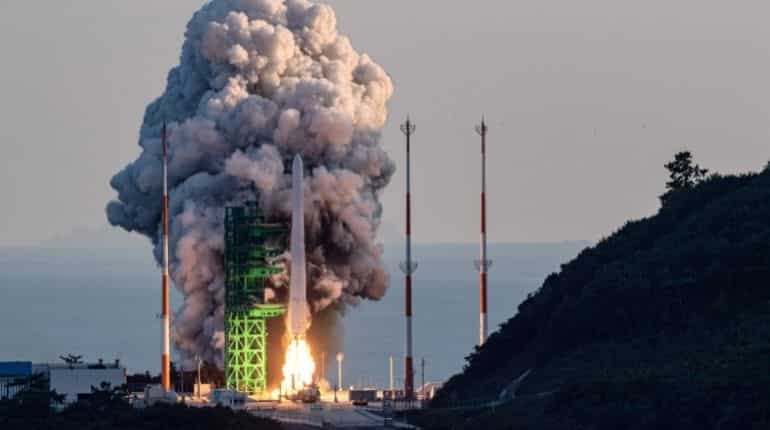 The three-stage KSLV-II Nuri rocket, emblazoned with the national flag, carried a dummy satellite on its launch from the Naro Space Center at 5 p.m. (0800 GMT). Boost to its homegrown contractors

South Korea's push for a domestically made space rocket promises wide ranging benefits for its military and government, with a fillip to national prestige, but is also good for business.

The test of the Nuri rocket is a milestone for firms such as Hanwha Aerospace, which makes rocket boosters and other launch components, and Korea Aerospace Industries, which oversaw assembly of the launch vehicle. 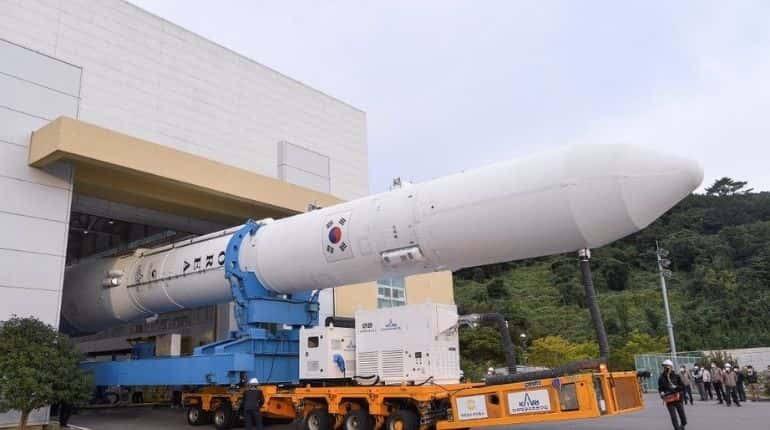 Aiming for the Moon

After relying on other countries to launch its satellites since the early 1990s, South Korea has now become the 10th nation to send a satellite into space with its own technology.

Officials say such an ability is crucial for the country’s space ambitions, which include plans for sending more advanced communications satellites and acquiring its own military intelligence satellites. The country is also hoping to send a probe to the moon by 2030. 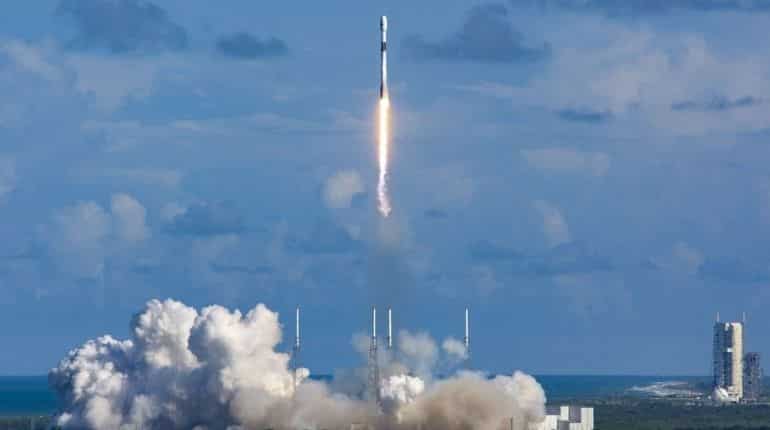 Previous launch was a failure

South Korea had previously launched a space launch vehicle from the Naro spaceport in 2013, which was a two-stage rocket built mainly with Russian technology.

That launch came after years of delays and consecutive failures – the rocket, named Naro, reached the desired altitude during its first test in 2009 but failed to eject a satellite into orbit, and then exploded shortly after takeoff during its second test in 2010. 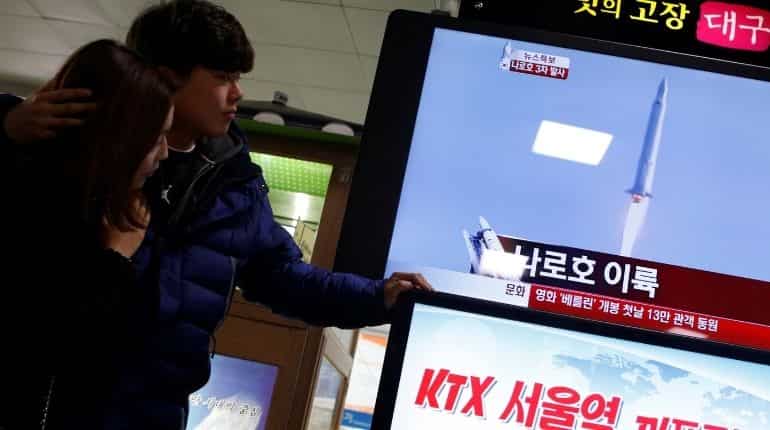 Scientists and engineers at the Korea Aerospace Institute plan to test Nuri further, including conducting another launch with a dummy device in May 2022, before trying with a real satellite.

According to Han Sang-yeop, director of KARI's Launcher Reliability Safety Quality Assurance Division, "Having its own launch vehicle gives a country the flexibility of payload types and launch schedule."

''It also gives the country more control over “confidential payloads” it may want to send into orbit, Han said.

That will be important for South Korea’s plans to launch surveillance satellites into orbit, in what national security officials have called a constellation of “unblinking eyes” to monitor North Korea.

So far, South Korea has remained almost totally reliant on the United States for satellite intelligence on its northern neighbour.

“The program is designed not only to support government projects, but also commercial activity,” Oh Seung-hyub, director of the Launcher Propulsion System Development Division, told a briefing on Tuesday.

South Korea is working with the United States on a lunar orbiter, and hopes to land a probe on the moon by 2030. 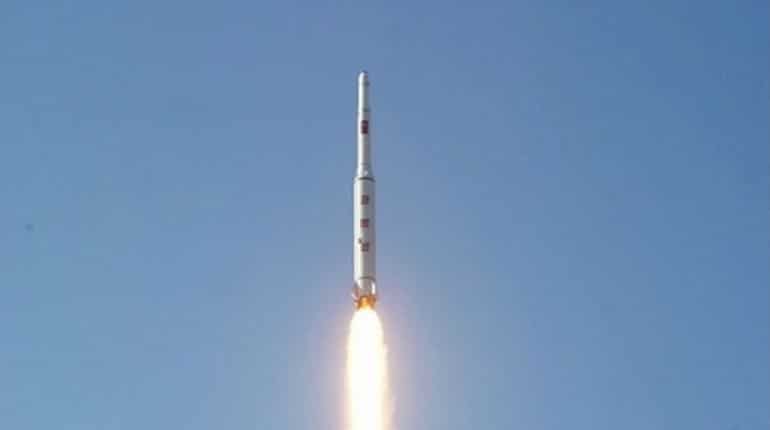 Given problems with previous launches, Han and other planners said they have prepared for the worst.

The launch day may be changed at the last minute if weather or technical problems arise; the craft will carry a self-destruct mechanism to destroy it if it appears it won’t reach orbit; and media won’t be allowed to observe the test directly.

At least four test launches are planned before the rocket will be considered reliable enough to carry a real payload.

According to pre-launch briefing slides, the rocket’s planned path will take it southeast from its launch site on the south coast of the Korean peninsula, threading its way over the ocean on a trajectory aimed at avoiding flying over Japan, Indonesia, the Philippines, and other major land masses.

"This upcoming launch may be remembered as the hope and achievement of Korean rocketry historically no matter the launch is successful or not," Han said. 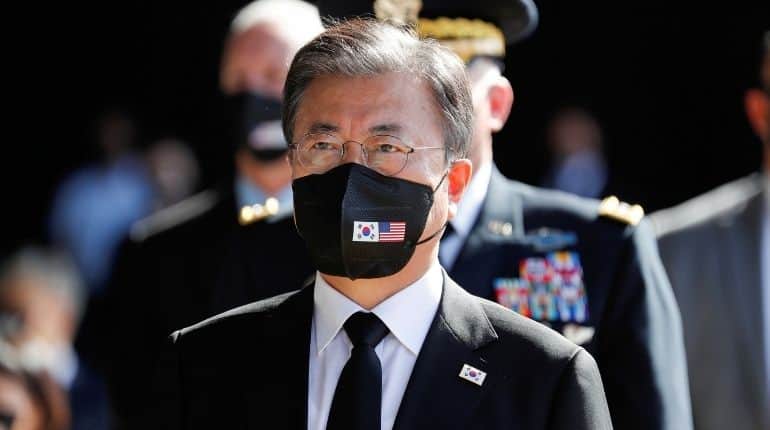 Space rockets on the Korean peninsula have been fraught with concerns over their potential use for military purposes, leaving South Korea’s efforts lagging more capable programmes in China and Japan.

"Modern rocketry in Korea couldn't devote its capability much in R&D of rockets because of long-standing political issues," Han said.

The United States has viewed North Korea’s own satellite launch vehicles as testbeds for nuclear-tipped intercontinental ballistic missile technology. A North Korean space launch in 2012 helped lead to the breakdown of a deal with the United States.

"North Korea, of course, will not look favourably on South Korea’s rapidly advancing space capabilities, which are far more technologically advanced than those possessed by the North," said James Clay Moltz, a space systems expert at the US Naval Postgraduate School.

South Korea’s push into space comes as it speeds ahead with its own military ballistic missile systems after agreeing with the United States this year to end all bilateral restrictions on them.

"There is no concern on military applications in NURI launch vehicle development," said Chang Young-keun, a missile expert at the Korea Aerospace University. Unlike the liquid-fuelled NURI, South Korea’s military missiles use solid fuel, which is better for weapons, he added.

South Korea is not seen as a "threat" by either Russia or China, so it seems unlikely to affect their space programs, which are already highly militarized, Moltz said.

"Many space launch technologies are inherently dual-use," he said, but noted that he hopes NURI’s development will "not lead to an arms race in space, but instead a safer ‘information race’" where South Korea has better intelligence to head off any future crisis.