We are all starstruck by Brad Pitt’s handsome face, mesmerising smile, and, of course, his outstanding acting and by his ability to get into the skin of any character. Pitt is a man of action, who in a career spanning more than three decades has evolved from a heartthrob to a respected Oscar-winning A-lister actor in Hollywood. Even at the age of 58, he has maintained his star charisma and still remains a widely loved actor across the world.

As Pitt arrives in theatres this weekend with some deadly fight scenes on a moving train in his upcoming action-thriller flick 'Bullet Train', the film’s trailer promises some pulse-pounding action. Before Pitt hops onto his next action adventure, we bring to you a few of the Hollywood star's best action movies. 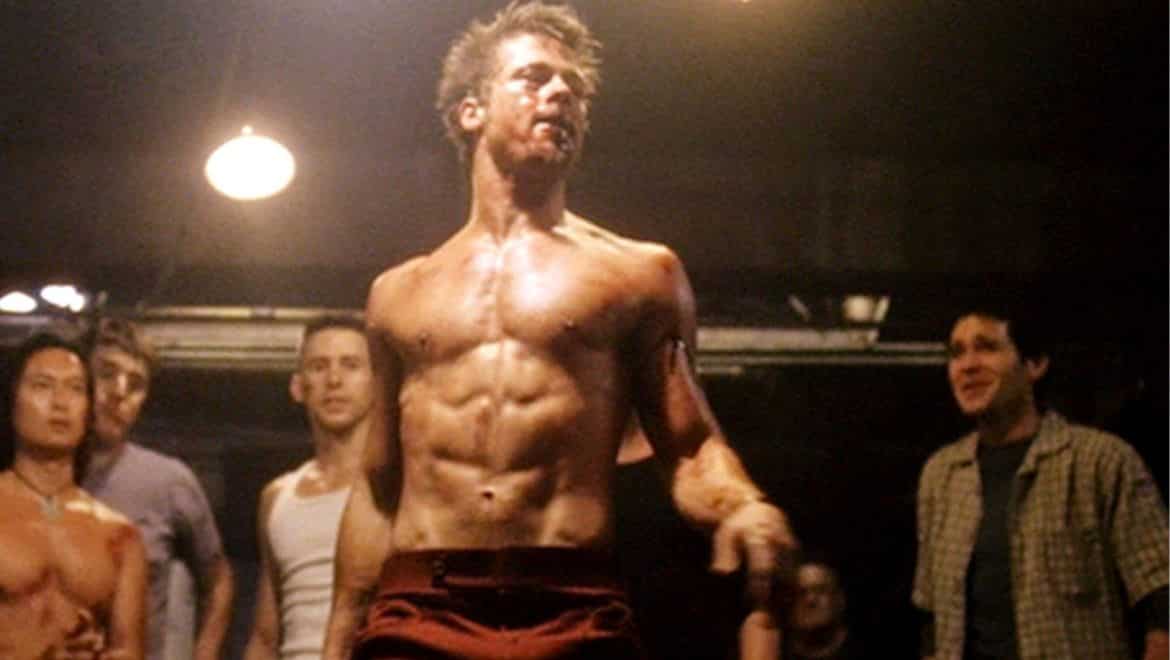 This David Fincher-directed movie was inspired by a novel of the same name by Chuck Palahniuk and had some really heavy fight scenes, which also starred Edward Norton and Helena Bonham Carter. Norton plays a narrator who leaves his white-collar job and starts an underground "fight club'' with the help of a soap salesman, Durden (Pitt). The film is a satirical psychological black comedy action thriller and has powerful fight punches. Though it failed to gain success at the box office, it later went on to establish itself as a cult film. 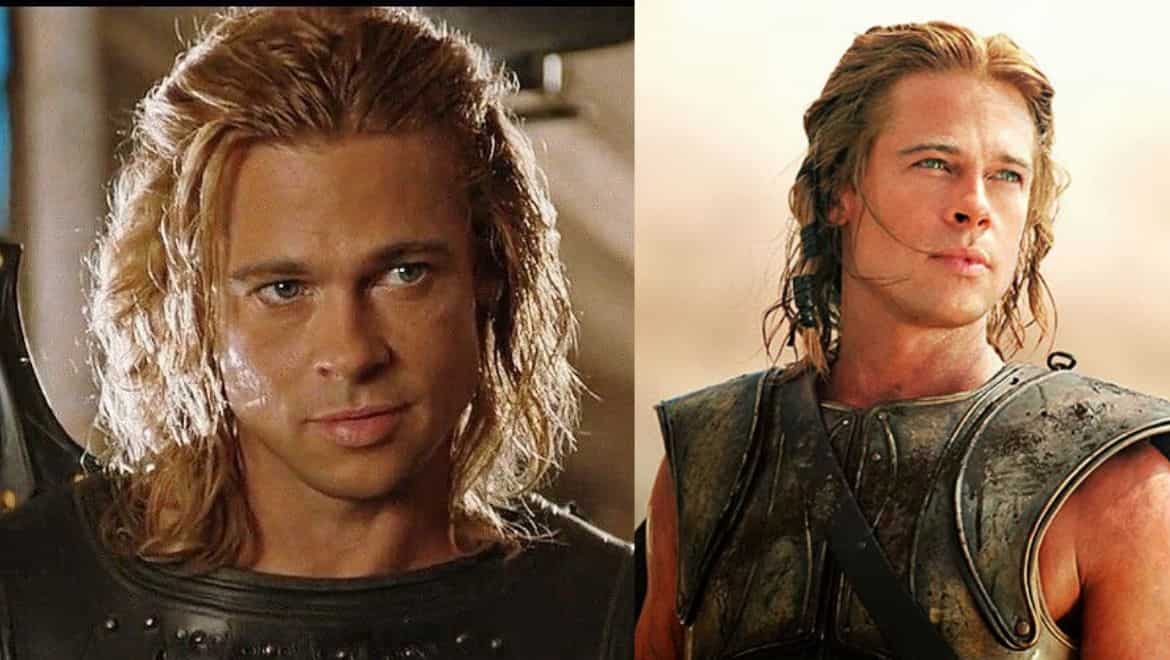 Pitt plays Achilles, Greece's greatest warrior and leader of the Myrmidons, in this Wolfgang Petersen epic historical war film based on the Trojan War. Written by David Benioff, ‘Troy’ also starred Eric Bana and Orlando Bloom. The film opened to become the 60th highest grossing film at the time of its release, and critics praised it for its entertainment value and Pitt's performance. Pitt revealed his chiselled torso and flawless fighting figure as he was seen donning armour, a shield, and a sword. The film had some iconic fight scenes. ‘Troy’ won several accolades and awards for its depiction of stunts, including the best fight. 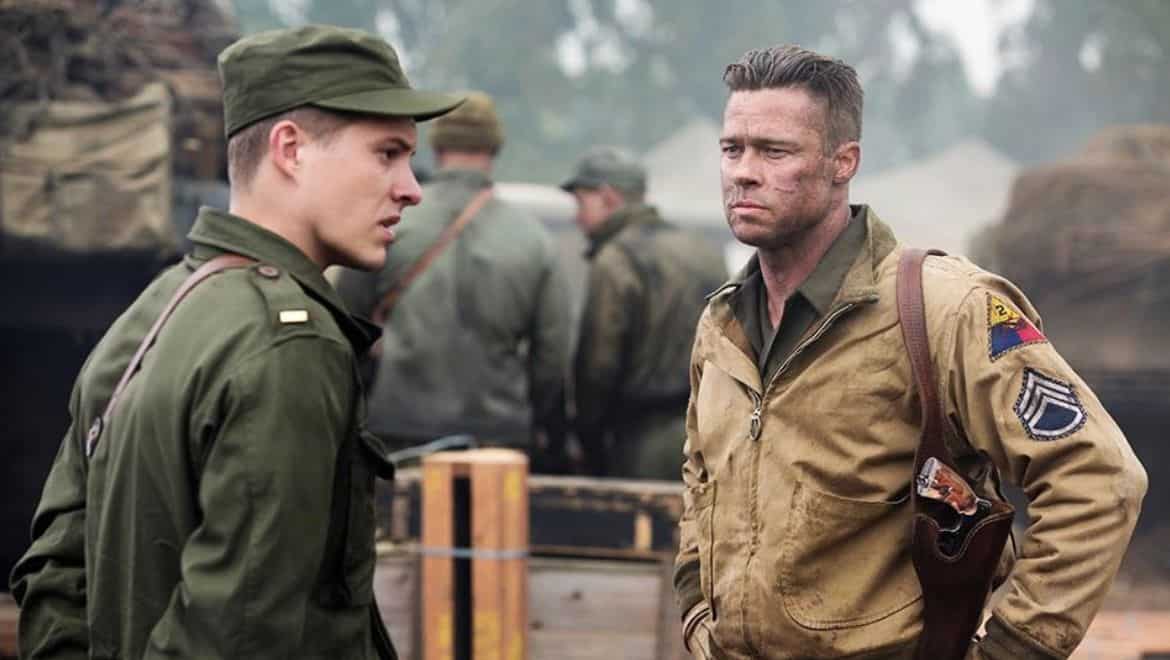 The plot follows the same-named US tank crew as they lead a final attack against Nazi forces in 1945. ‘Fury’ has an ensemble cast of Pitt, Shia LaBeouf, Logan Lerman, Jon Bernthal, and Michael Pena. Pitt plays a stubborn commander named Wardaddy in this war film, which was directed by David Ayer. The film was a box office success and was termed authentic by critics. It successfully portrayed the psychological hardships soldiers face in extreme weather, while having some great moments and killing scenes. 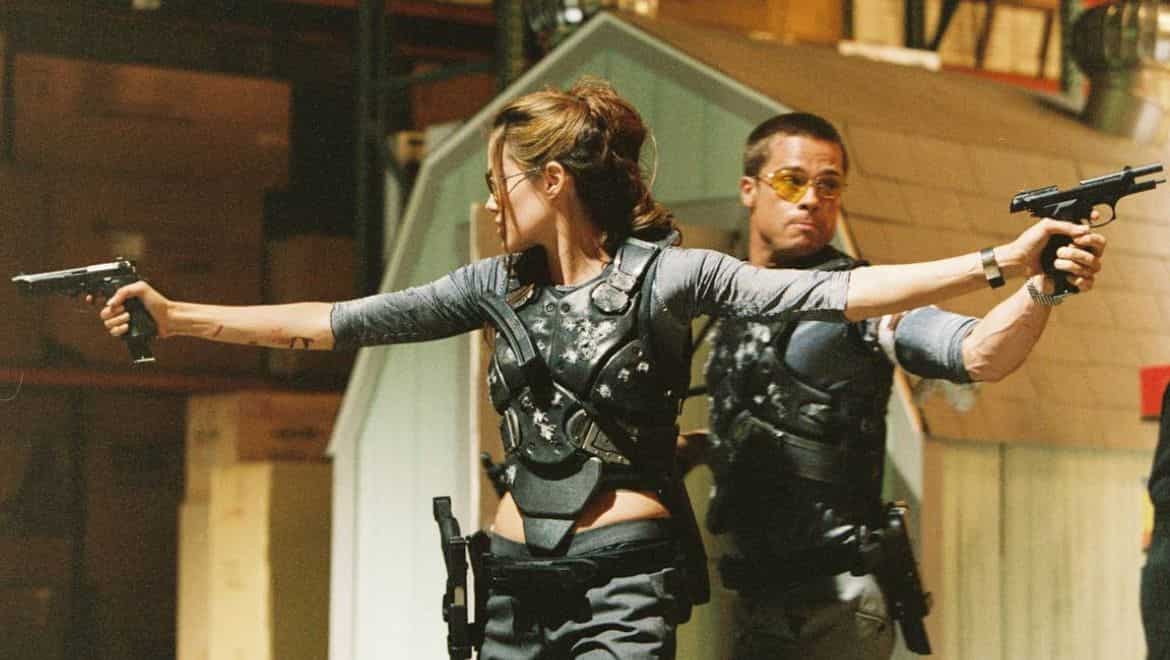 In this Doug Liman-directed action romcom, Pitt and Jolie play a bored suburban married couple whose relationship has grown stale, and they are surprised to discover that they are professional assassins working for competing agencies and have been assigned to kill each other. The film is a balance of humour and exciting action, along with some sizzling chemistry between the two stars. 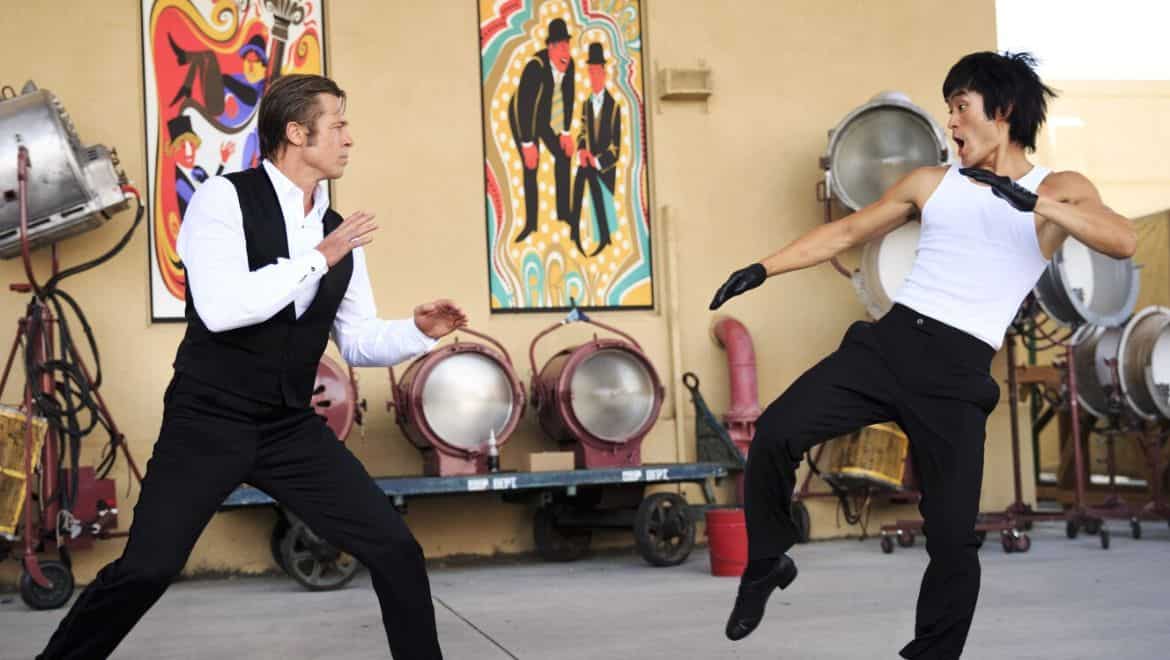 Pitt plays Cliff Booth, an ageing war veteran in Quentin Tarantino's film who specialises in knives and close-quarters combat. Pitt plays a body double for actor Rick Dalton (Leonardo DiCaprio), who is having a hard time remaining relevant in a rapidly evolving movie business. In this tribute to old Hollywood, Tarantino expertly captured the vibe of Southern California in the late 1960s by fusing the lives of Cliff and Rick with the ominous horrors of the Manson family killings. He won an Oscar for his supporting role. As Pitt plays the role of a stunt double, there are a few beautiful and crisp fight scenes, one of which includes between Cliff and Bruce Lee. 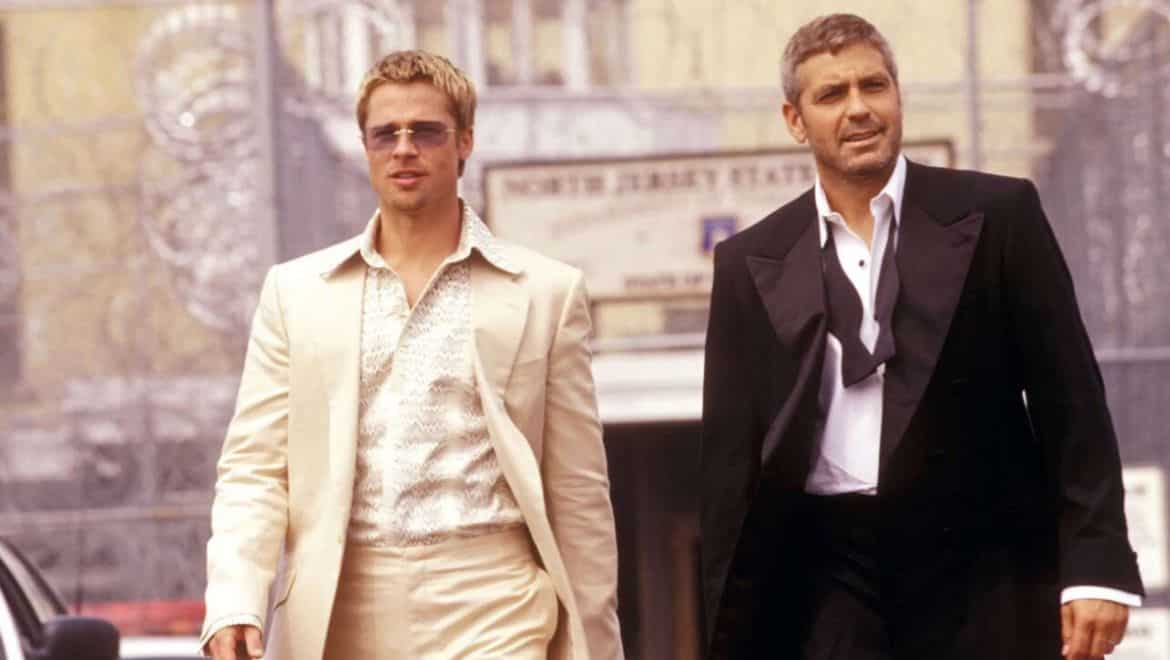 Pitt and George Clooney made up an amazing on-screen pair as the leaders of a team that hires thieves and con artists to undertake a heist in Las Vegas. Oceans 11 (2001), Oceans 12 (2004) and Oceans 13 (2007), directed by Steven Soderbergh. stars Julia Roberts, Matt Damon, Don Cheadle, Casey Affleck and more. In an intriguing and complex heist plot, every actor does justice to their role with style and glamour. 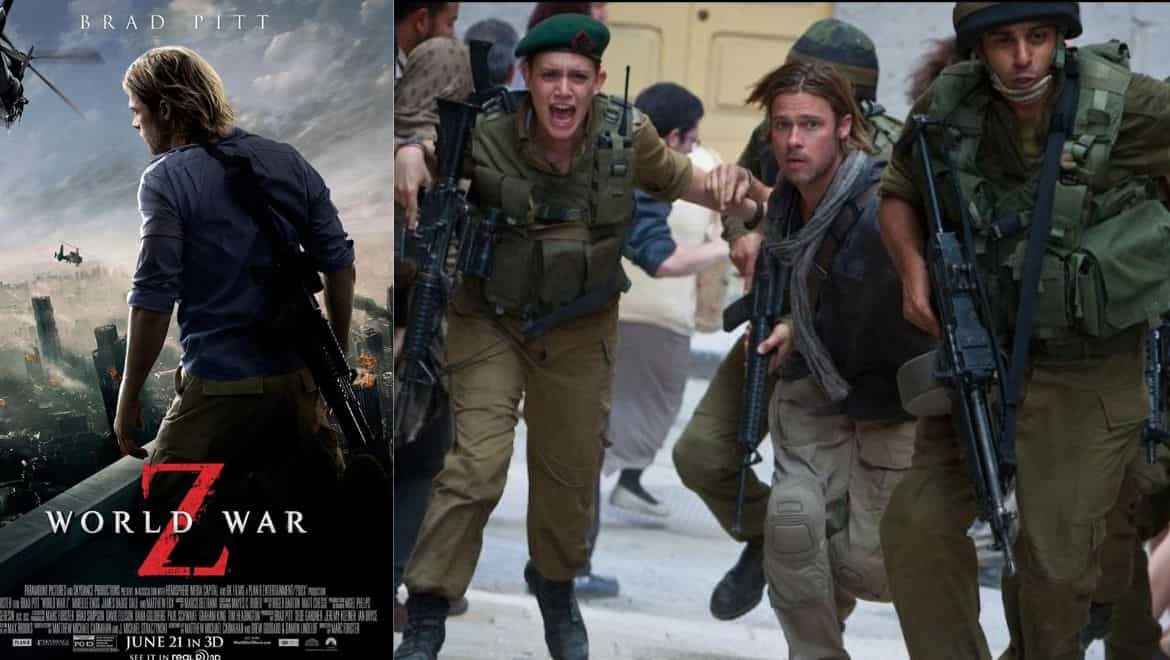 In this Marc Forster horror-action film, Brad Pitt plays Gerry Lane, a former United Nations investigator who agrees to investigate the zombie pandemic to protect his wife and children.  The film is intense and has non-stop action, with Pitt performing some breathtaking stunts. The film has an ensemble supporting cast of Mireille Enos, Daniella Kertesz, James Badge Dale, Ludi Boeken, and Matthew Fox, and it is based on the 2006 novel of the same name by Max Brooks.