Chaos in Zimbabwe; nation struggles with economic and political crisis

Not much has changed for Zimbabwe after throwing off its authoritarian ex-prime minister Robert Mugabe in a military coup in 2017 after year-long protests.

The country is still sinking in the economic decline it's been in since the 1990s and the newly elected President Emmerson Mnangagwa's austerity and lack of economic and political measures are doing much less to rectify it.

As the country once again is gripped by fresh protests, we take a look at the list of things that are going wrong for Zimbabwe. 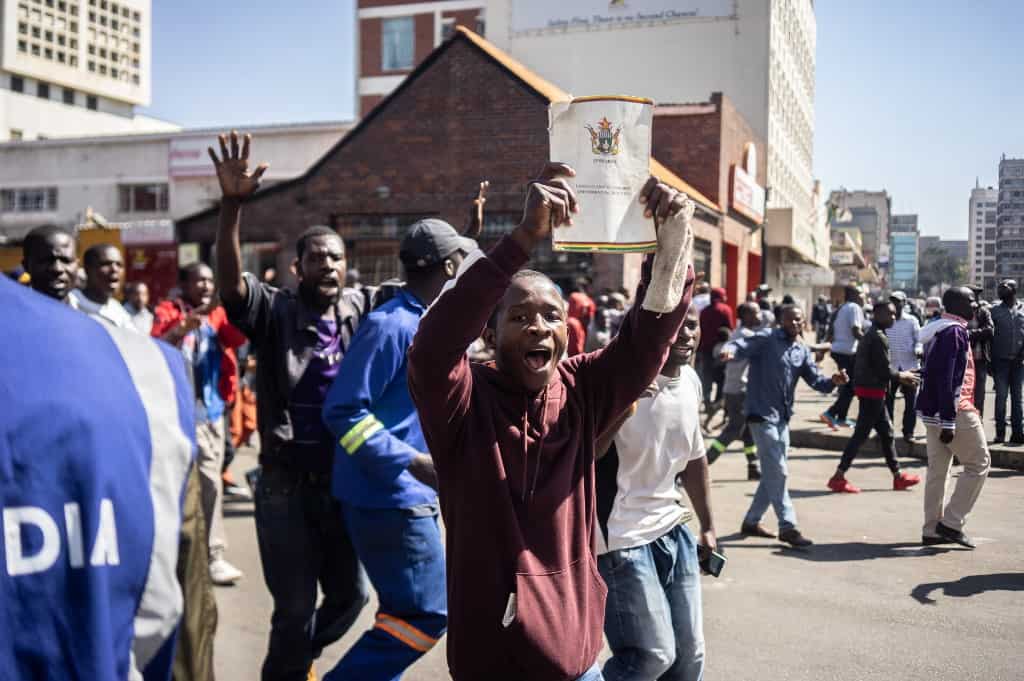 Friday's street demonstration was to have been the first in a nationwide series of protests organised by the Movement for Democratic Change (MDC), which accuses Emmerson Mnangagwa's government of state-sponsored violence, corruption and economic mismanagement. 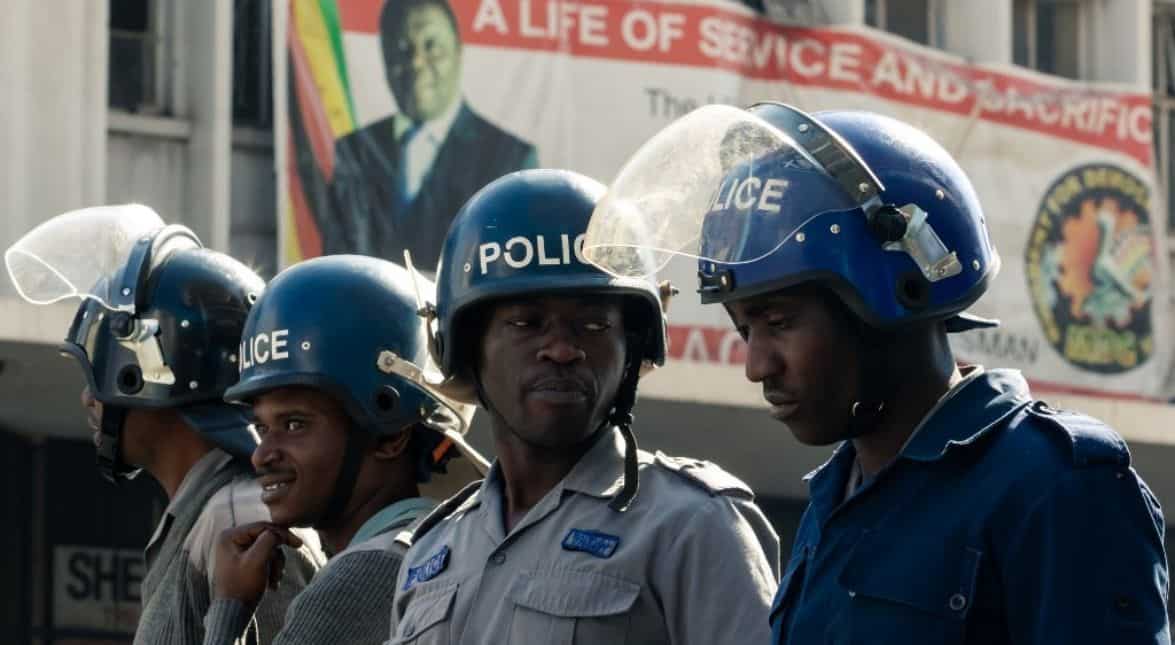 Zimbabwe police banned a protest that was scheduled to happen on Monday in Bulawayo, after brutally dispersing off protestors in Harare on Friday.

“Ordinary citizens in the country are experiencing hardships so any call for the demonstrations might be taken advantage of by the already agitated citizens and violence may erupt” police said in a notice banning the demonstration.

The police also warned that anyone taking part in the protest would be 'committing a crime'. 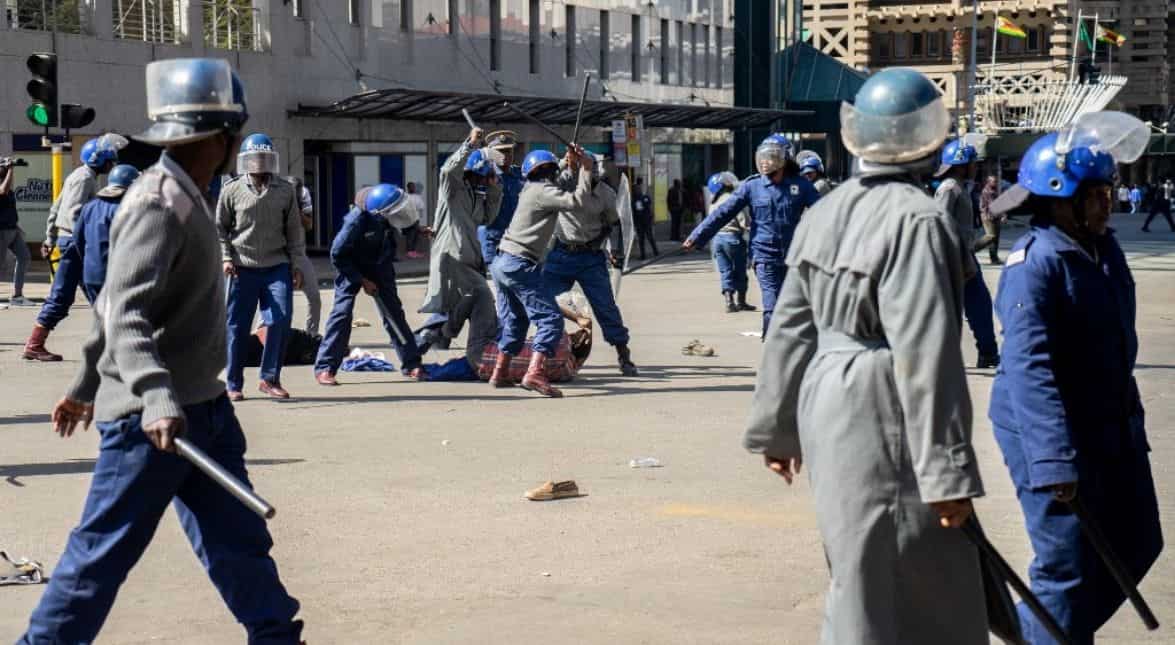 Batons, whips and tear gas was used to silence the protestors.

US Assistant Secretary of State for Africa Tibor Nagy condemned the “excessive force the police used today against Zimbabweans who were seeking to demonstrate peacefully.''

“We call on Zimbabwe’s security forces to respect human rights and to exercise restraint,” Nagy said on Twitter. 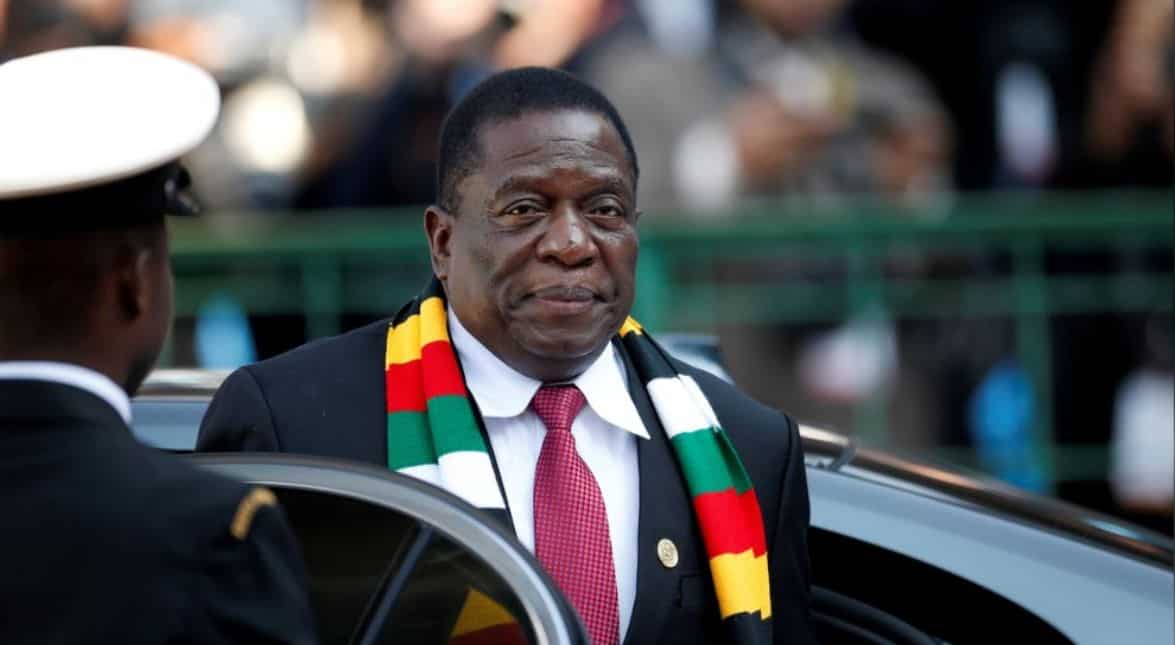 No change despite the new president

Zimbabweans had also expected an election last year to help usher in a new dawn of expanded rights and an end to the country’s international pariah status, but so far society has only become more polarised.

Opponents say Emmerson Mnangagwa has failed to make good on promises of political and economic reform. 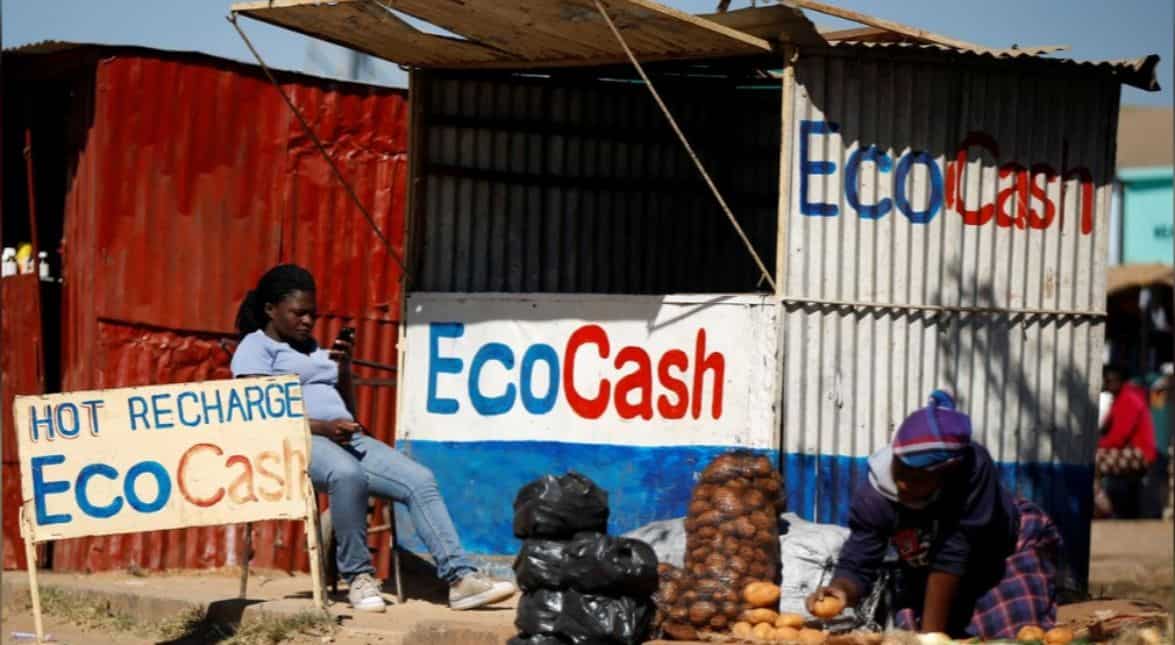 Anger is mounting over triple-digit inflation and shortages of US dollars - bringing back memories of the hyperinflation of a decade ago that forced Zimbabwe to ditch its currency.

The economy is mired in its worst crisis in a decade, and Mnangagwa is struggling to convince the growing ranks of poor that austerity measures and reforms can trigger a recovery. 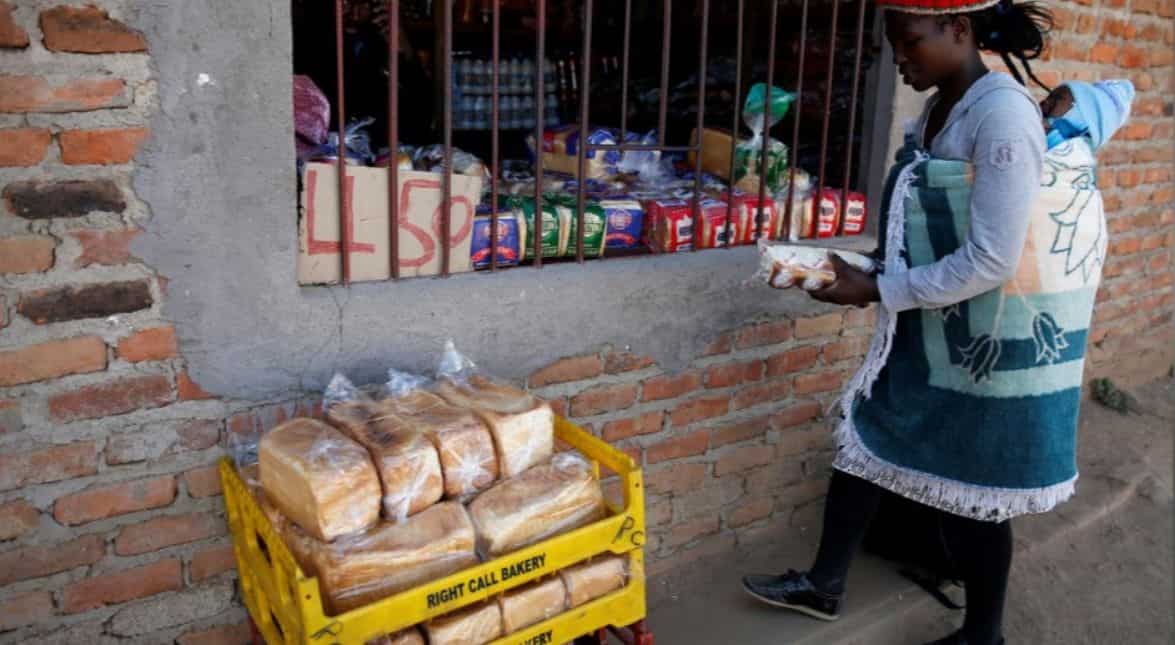 Food insecurity at it's worst

According to the United Nations, about five million Zimbabweans are in need of food aid.

Many poor families are selling basic assets, including livestock, to buy food.

More than half Zimbabwe’s population is surviving on food handouts, and a lack of funds combined with projections of more food shortages this year could make the crisis worse, the aid agency Oxfam said.

Zimbabweans are going for days without meals and warned that many households receive smaller food rations. 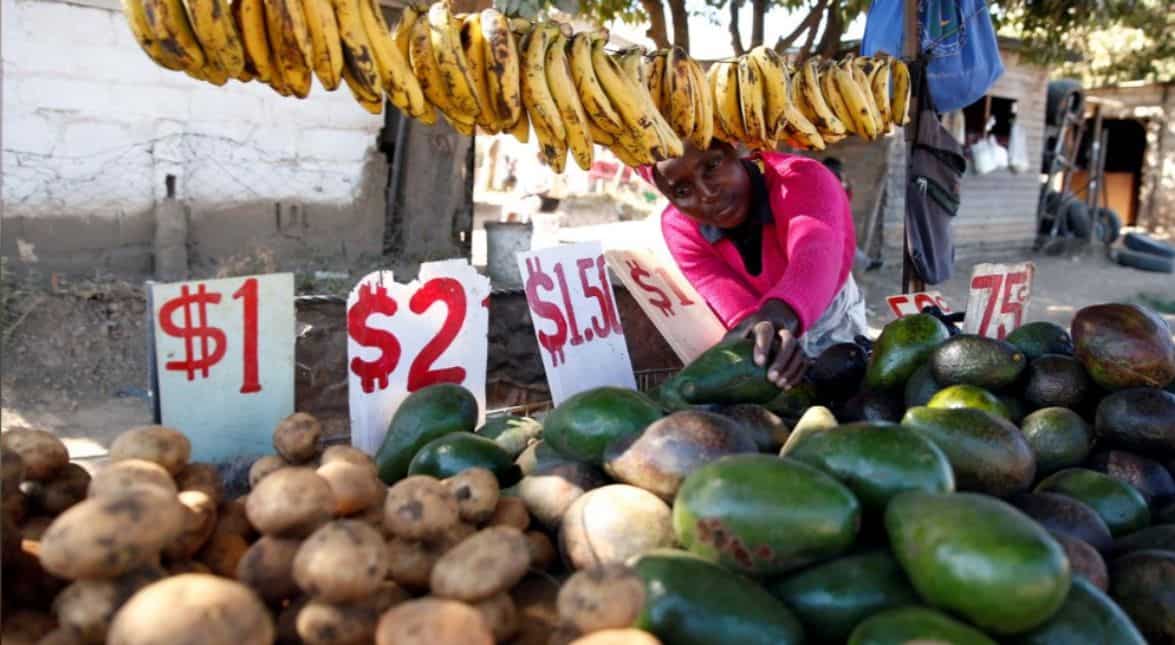 Critics blame President Robert Mugabe, in power since independence from Britain in 1980, of mismanaging the economy and destroying the agricultural sector through his government’s seizure of white-owned commercial farms which started in 2000.

The seizures saw some of the most fertile land handed over to blacks who lacked experience and farming skills, leading to a sharp drop in agricultural output.

Zimbabwe faces poor farming seasons due to a lack of agricultural necessities, especially seeds and fertiliser. 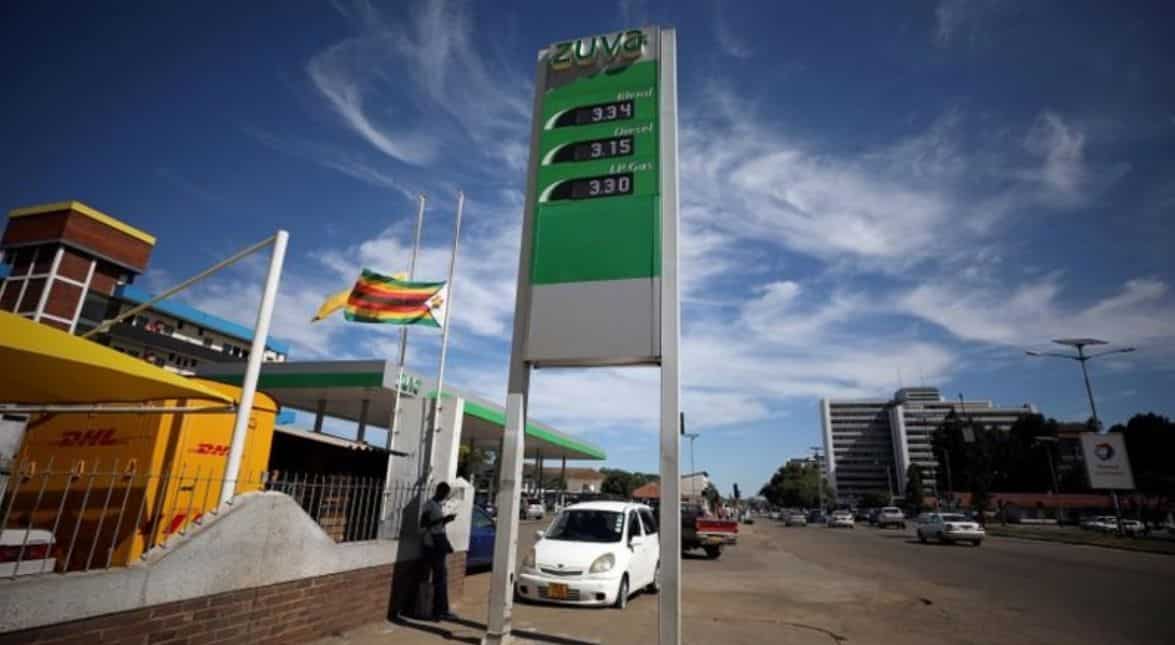 Zimbabwe has increased the price of petrol and diesel by up to 26% after the finance minister raised import tax on fuel last week.

Fuel prices have been increased four times since June and by more than 500% this year, as the value of the local currency has slid.

But fuel shortages remain, with motorists spending hours queuing at the pumps.

Zimbabwe’s worsening power shortages have effectively turned day into night for many businesses, with most work happening well after dark, when lights flicker on for a few hours. 'We're tired of this regime'

Outside the court that rejected the appeal to lift the ban on protesting, MDC Vice President Tendai Biti said: “The constitution guarantees the right to demonstration ... yet this fascist regime has denied and proscribed this right.”

“We have jumped from the frying pan into the fire after the (anti-Mugabe) coup of November 2017... We don’t accept the conduct of this regime, the conduct of Mr Mnangagwa.”