Son Heung-min scored the winner in the 78th minute against a City side who failed to hit their usual heights but an injury to Harry Kane will haunt Spurs manager Mauricio Pochettino as the season edges towards its climax. Here are the major takeaways we learned from the match. 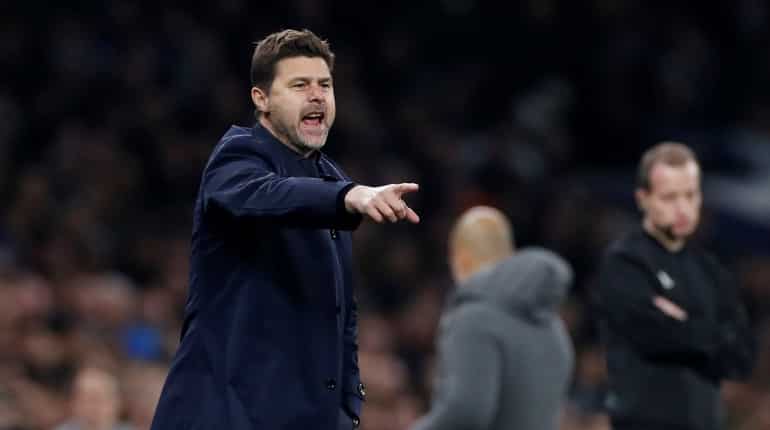 Mauricio Pochettino challenged "spirited" Tottenham to finish the job after their 1-0 win over Manchester City in the Champions League quarter-finals.

Pochettino was delighted with Tottenham's display against the Premier League champions, but he insisted the tie was still delicately poised.

"We showed great quality. We were all excited and motivated to play this type of game," he said.

"The energy was good, fantastic, and the penalty save gave us a big lift.

"There are still 90 minutes to play and it's Manchester City. But with the spirit we play, anything is possible." 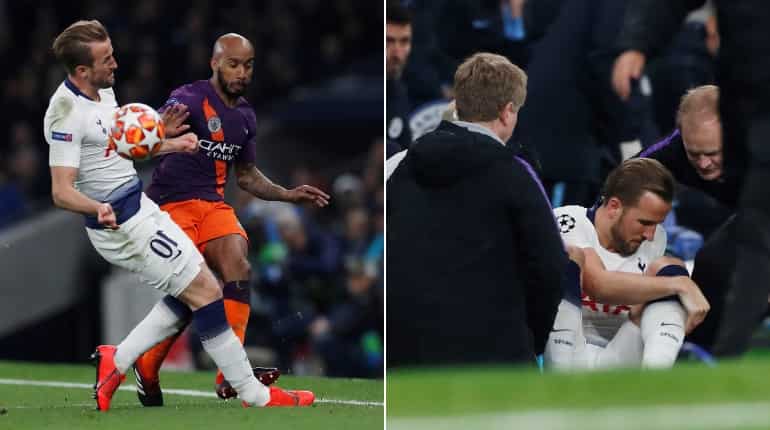 Harry Kane was replaced by Lucas Moura shortly before the hour mark after apparently turning his ankle in a coming-together with City's Fabian Delph.

Kane, who has a history of ankle problems, had to be helped down the tunnel and Pochettino suggested the outlook was gloomy.

"We need to check tomorrow but it looks like it is the same ankle and similar injury," he told BT Sport. "It is very sad and very disappointing. We are going to miss him -- maybe for the rest of the season.

"It is a worry for us. We hope it is not a big issue. But there is not to much time to recover. He twisted his ankle so we will see how it reacts in a few hours."

Tottenham's top scorer injured ligaments in his left ankle during the Premier League defeat against Manchester United on January 13 and only returned in late February after missing seven matches.

His loss would be a huge blow as Spurs attempt to make progress in the Champions League and target a top-four Premier League finish.

England boss Gareth Southgate will also be concerned that he will be missing his captain with the Nations League Finals looming in June. 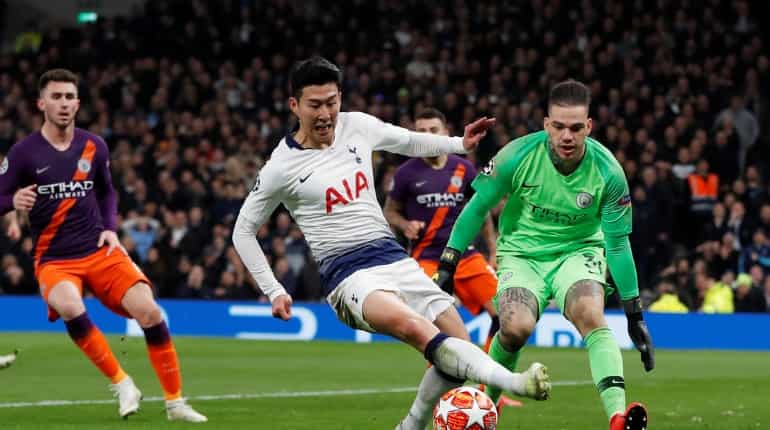 Son scored the first goal at the gleaming Tottenham Hotspur Stadium in a crucial Premier League win against Crystal Palace last week and repeated the trick on Tuesday.

He fired a powerful shot under Manchester City goalkeeper Ederson late in the game to make it two wins from two in the north London club's new home.

"I like this stadium, it is amazing to play here. I am grateful for the opportunity to play at this stadium," he told BT Sport.

Son stepped up admirably when Kane was injured earlier this year and it looks as though he will be called on to repeat his heroics in the frantic final few weeks of the season. Spurs goalkeeper Hugo Lloris saved Sergio Aguero's early penalty after Danny Rose was adjudged to have handled Raheem Sterling's shot in an incident that highlighted the new, tougher interpretation of the handball law by referees.

Tottenham appeared to have snuffed out the imminent danger but referee Bjorn Kuipers pointed to the spot after a VAR review.

France World Cup winner Lloris dived to his left to deny Aguero, making his third penalty save for Spurs in 2019.

The incident was similar to one that saw Manchester United through to the quarters, when a stoppage time spot-kick awarded against Paris Saint-Germain defender Presnel Kimpembe allowed Marcus Rashford to shoot United to a dramatic victory on away goals.

UEFA referees' chief Roberto Rosetti has advised officials "if the defender is making the body bigger to block the ball, it is not fair".

A UEFA statement after the Paris incident said: "The defender's arm was not close to the body, which made the defender's body bigger, thus resulting in the ball being stopped from travelling in the direction of the goal. The referee, therefore, awarded a penalty kick."

Controversies will continue but players and fans have no choice but to adjust. City had lost only once in their past 23 matches in all competitions, a run that had seen them lift the League Cup, reach the FA Cup final and trade top spot in the Premier League with Liverpool in a thrilling title race.

The quadruple remains possible but City will have to keep alive their European hopes the hard way -- having not overturned a tie in which they have lost an away first leg since 1971.

"Last season was much worse," Guardiola told reporters. "Except for a few chances we conceded in set-pieces and some counter-attacks, we controlled the game and played quite well.

"I would have liked us to score a goal but the situation is what it is."

"When we don't play well I say it, but I don't have that feeling," said the Spaniard. "They're a team who press a lot but they couldn't do that -- especially in the second half, when we arrived many times in the final third.

"We played so well on the second ball. Next week, hopefully our fans can support us every single minute."