World War II started 80 years ago with the German invasion of Poland and drew in several countries before it ended six years later with Japan's surrender.

It was the world's deadliest conflict, estimated to have killed 40 to 60 million people, more than half of whom were civilians. Here are key dates in the war. 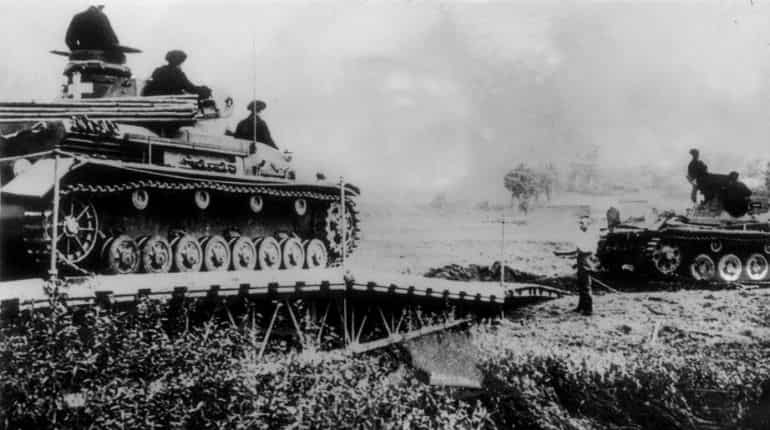 Soviet forces attack Poland from the east on September 17, under a secret pact with Germany, and the city of Warsaw surrenders 10 days later. 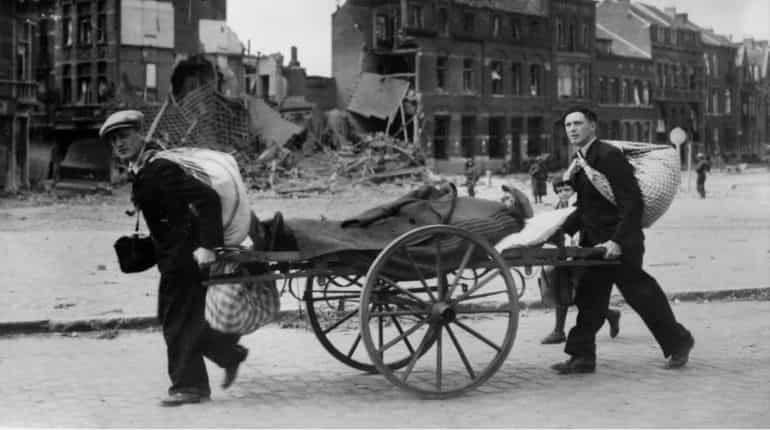 After occupying Denmark and Norway, Hitler launches a major offensive against Belgium, The Netherlands, Luxembourg and France in May 1940.

France's wartime leader Philippe Petain on June 17 announces its capitulation; on June 22 he signs the armistice that allows Nazi forces to occupy the north of the country.

Petain sets up a government headquartered in the central spa town of Vichy that collaborates with the occupying German forces.

(In pictures: Undated picture taken on May-June 1940 near Paris showing French civilian people with their belongings, fleeing the bombing and the fights) 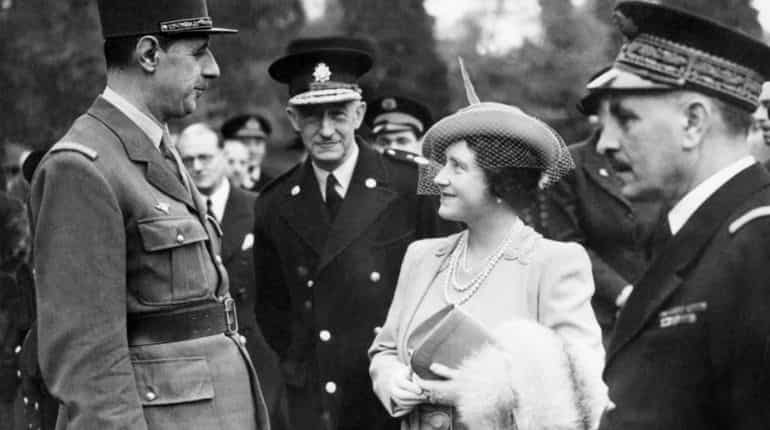 On August 13, 1940, the Battle of Britain begins with German bombers carrying out massive attacks on cities such as Coventry and London, the raids continuing for nine months.

Faced with British resistance, Hitler abandons his planned invasion of Britain and declares, later in August, a blockade of the British Isles with his submarine fleet.

(In picture: Queen Elizabeth of England refused to leave for Canada with her daughters as German bombs devastating the British capital) 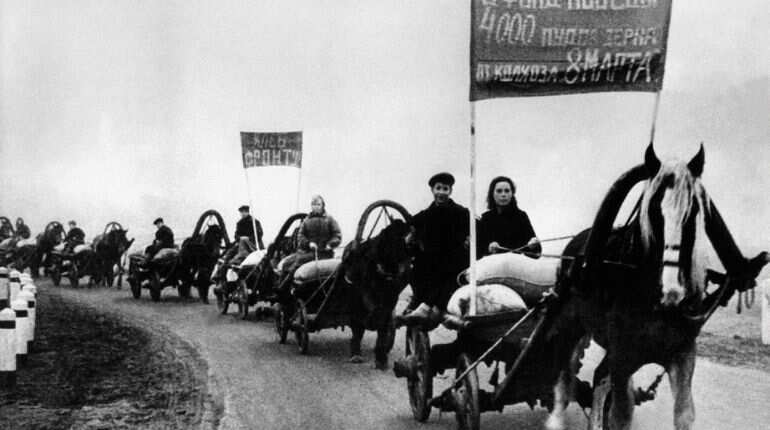 On June 22, 1941, Berlin turns east and launches an attack against the Soviet Union.

The German army is halted at the gates of Moscow in December by a Soviet counteroffensive. However, its siege of Leningrad, now Saint Petersburg, will last nearly 900 days until January 1944.

(In pictures: People carry goods for Red Army soldiers in 1944 in Yaroslav region of Soviet Union) 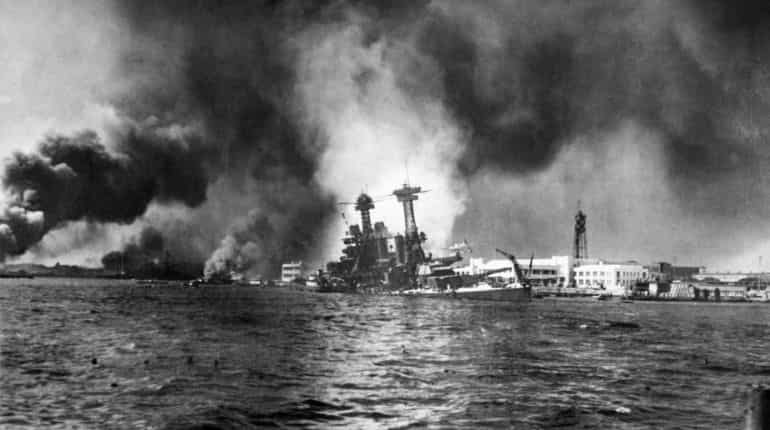 On December 7, 1941, Japan - allied with Germany - attacks the US military base in Pearl Harbor, Hawaii, destroying most of the US Pacific fleet.

(In pictures: The US Pacific Fleet burns in its home base at Pearl Harbor in Hawaï after 360 Japanese warplanes made a massive surprise attack, 07 December 1941) 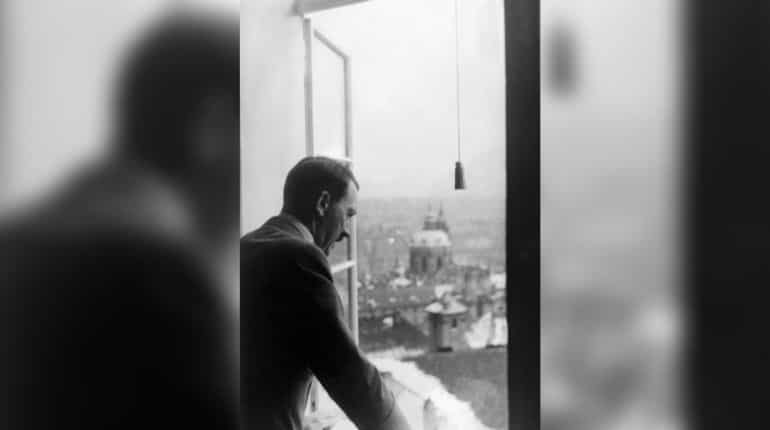 On January 20, 1942, Hitler ramps up at a Berlin conference his "Final Solution" plan to exterminate Jews, in particular by mass killings in concentration camps.

Some six million Jews are slain, as well as many political prisoners, including resistance fighters, homosexuals and gypsies.

(In pictures: German Nazi Chancellor Adolf Hitler looks out from a window of Prague Castle) 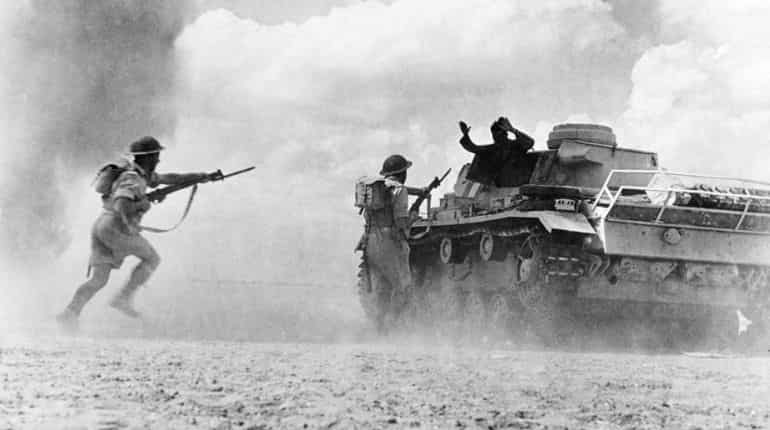 In November thousands of British and American forces land in North Africa, leading to the surrender in 1943 of German-allied troops in the region.

(In pictures: Undated picture taken on 1943 in the North African desert showing the surrender of a German Wehrmacht tank's team to English soldiers) On February 2, 1943, the five-month Battle of Stalingrad ends with Soviet victory over the Nazis.

It is the first Nazi surrender in Europe since the war began and costs the German army half a million men.

The Battle of Stalingrad was a major turning point in World War II, and is considered the bloodiest battle in human history.

(In pictures: German soldiers pictured between September 1942 and February 1943 during the battle of Stalingrad) 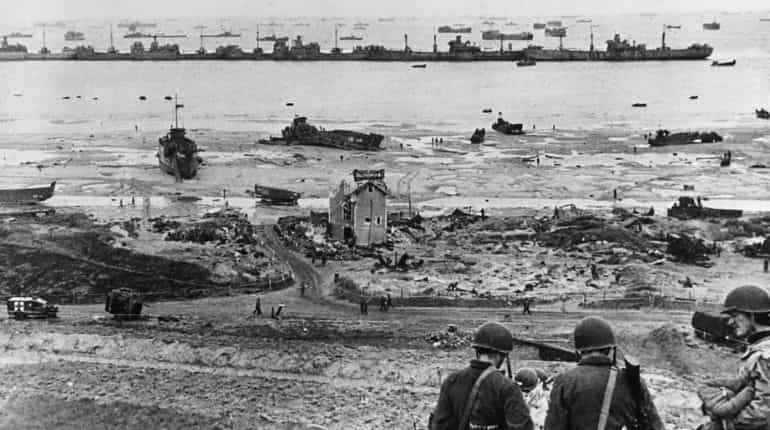 In November 1943 the Allies agree to attack Germany via occupied France.

D-Day is on June 6, 1944, when more than 156,000 mainly American, British and Canadian troops land on the Normandy beaches. They overwhelm the Germans and liberate Paris on August 25.

(In pictures: Picture taken on June 1944 in Normandy showing the Allied troops landing aimed at fighting the German Wehrmacht as part of the Second World War) 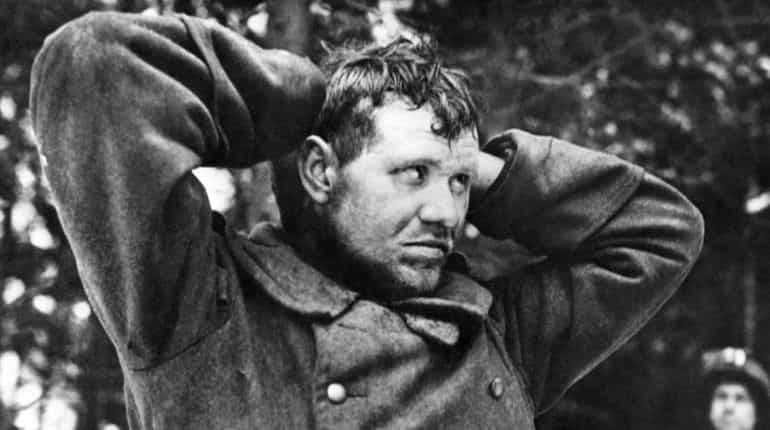 The Soviet army arrives in Berlin in April 1945 and captures the city by early May.

Hitler commits suicide on April 30. On May 8 Germany surrenders unconditionally, ending the war in Europe.

On August 6 and 9 US aircraft drop atomic bombs on the Japanese cities of Hiroshima and Nagasaki respectively.

(In picture: Picture released on February 2, 1945 of a German prisoner, holding his hands on head, at the end of the Second World War)