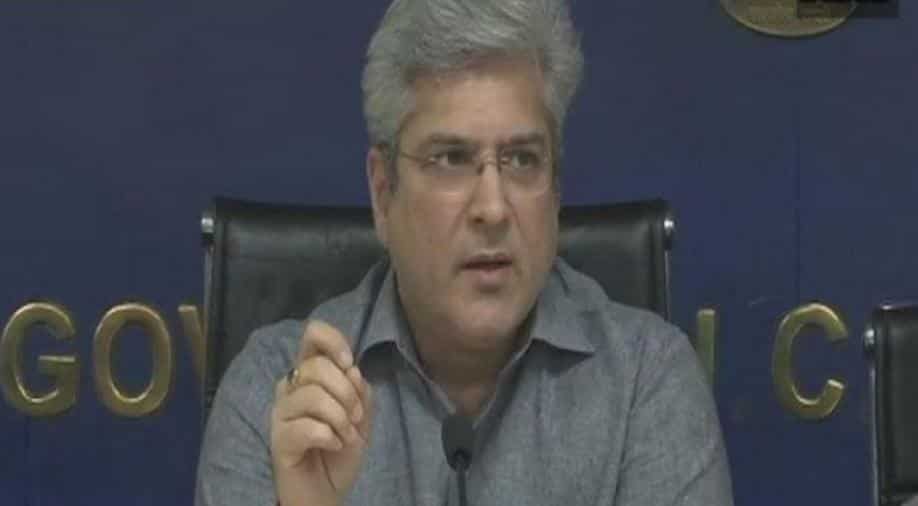 The East Delhi Municipal Corporation earlier in the day sprinkled water on roads in Anand Vihar area, to reduce dust as a pollution control measure.

As air quality deteriorated in the national capital after Diwali, Delhi Environment Minister Kailash Gahlot on Monday assured of taking all "necessary" steps if the situation continues for the next 48 hours.

Speaking to ANI, Gahlot said, "We have taken the steps to combat the situation and they are also being implemented. If the situation continues for the next 48 hours, we will take further necessary steps."

The East Delhi Municipal Corporation (EDMC) earlier in the day sprinkled water on roads in Anand Vihar area, to reduce dust as a pollution control measure.

Delhiites complained about the difficulty in breathing and of burning sensation in the eyes as they woke up today.

According to the System of Air Quality and Weather Forecasting and Research (SAFAR), the overall air quality of the national capital is in the higher-end of 'very poor' category.

However, Gahlot said that air pollution was comparatively better this year after Diwali than that of 2018.

"This time, the air pollution level is comparatively better than the last Diwali. It is high time to realise the situation. We must celebrate Diwali but we also have to take care of our environment," he added.

On November 9 last year, overall Air Quality Index (AQI) of Delhi was recorded at 428, which falls under the 'hazardous' category.

Speaking on the appointment of marshals in Delhi government buses, the Environment Minister said, "Nowhere in the world according to our knowledge have appointed bus marshals at this scale like in Delhi for the security of women. They will also get to travel for free in DTC buses from tomorrow." (ANI)