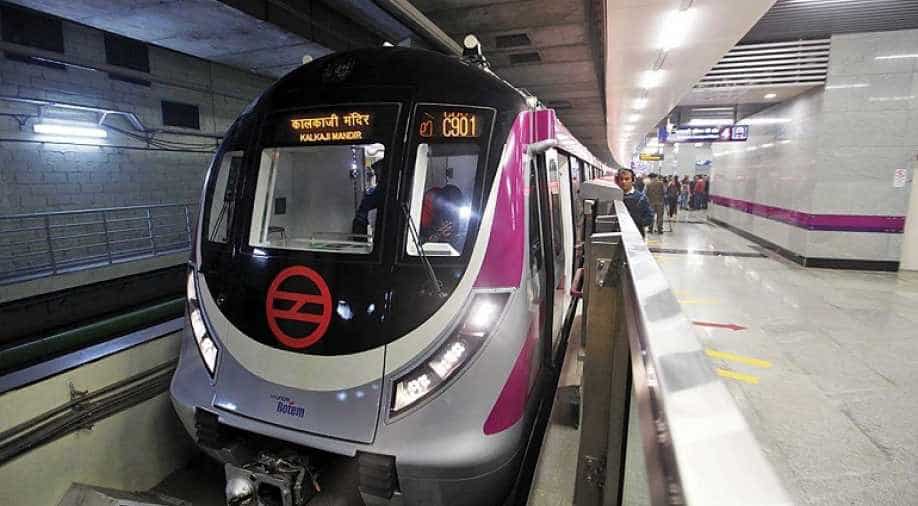 Preparations are in full swing for the inauguration of a segment of the Delhi Metro's upcoming Magenta line jointly by Prime Minister Narendra Modi and Uttar Pradesh Chief Minister Yogi Adityanath on December 25, Christmas.

The 12.64 km section, connecting Botanical Garden in Noida with Kalkaji Mandir in south Delhi, is expected to reduce the travel time by approximately 40 minutes.

The six-coach train will be the first driverless metros, equipped with several advanced features, to be inaugurated in the country. However, for the initial period, these trains will have drivers like other metros.

Later, PM Modi will also address a public meeting at the Amity University ground in Noida.

Ahead of the big day, the Noida Traffic Police authorities have also issued an advisory in which entry of heavy vehicles has been banned in parts of Noida.

The police also said that light vehicles can take the route of below the Mahamaya Flyover via Hajipur to reach sector 126.

Uttar Pradesh Chief Minister Yogi Adityanath defied the 29-year-old Noida jinx and visited the city on Saturday evening, to take stock of the security and other preparations.

While Uttar Pradesh CM has been invited to the ceremony, Delhi Chief Minister Arvind Kejriwal has been ignored both by Centre and DMRC.

Kejriwal, who authentically should be present at the inauguration, will be giving it a miss after his office denied receiving an invitation in this regard.

The AAP government is locked in a bitter battle with the Centre over the recent fare hike in the prices of Delhi Metro.

Recently, a metro train of the magenta line crashed into a wall at Kalindi Kunj depot after it rolled back on a ramp while being taken for washing.

Although there had been no casualties, the incident raised a serious question on commuters' safety.

The Botanical Garden-Kalkaji section will comprise of nine stations. Apart from Kalkaji Mandir, all other stations are elevated.