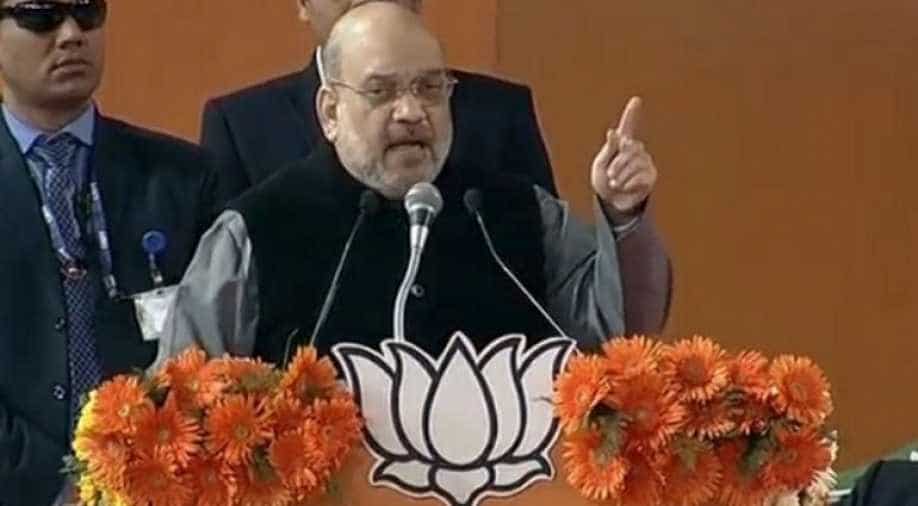 The Act grants Indian citizenship to Hindu, Christian, Sikh, Buddhist and Parsi refugees from Pakistan, Afghanistan, and Bangladesh, who entered India on or before December 31, 2014.

The opposition Congress has time and again criticised the amended law, deeming it discriminatory. While Rahul has termed it an attack on the poor, his sister Priyanka has dubbed the new law unconstitutional.

Meanwhile, Union Minister Shah also targeted Chief Minister Arvind Kejriwal for not doing enough for the development of the capital.

"They (AAP) promised that they will install 15 lakh CCTV cameras across the capital. So far, they have not fulfilled their promise. They also promised to make the contractual teachers and employees permanent. This task has also not been completed by them. And whatever development we want to bring in Delhi, Kejriwal is becoming an obstruction in that also. People of Delhi now know them properly," he said.

"I urge the people of Delhi to seek report of the work undertaken by the Arvind Kejriwal government while being in power for the past five years," the Union Minister said in his concluding remark.