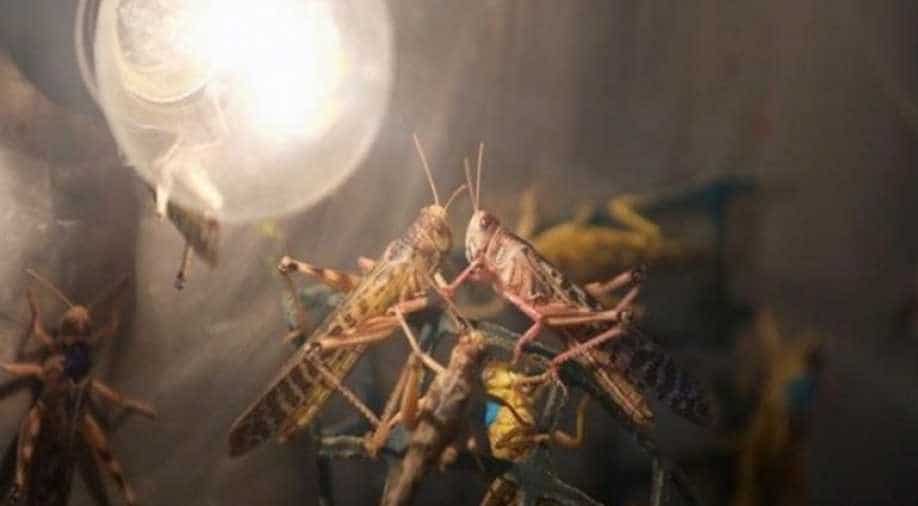 The decision has been taken following a recent directive by Punjab Chief Secretary Yousaf Naseem Khokhar to evolve a plan to deal with the looming threat of locust attack.

The government of Pakistan's Punjab province has formed 102 special teams to monitor the possibility of a locust attack on cotton crops in the southern region of the province.

The decision has been taken following a recent directive by Punjab Chief Secretary Yousaf Naseem Khokhar to evolve a plan to deal with the looming threat of locust attack.

According to a report by The Express Tribune, around 23 teams will work in Dera Ghazi Khan, 36 in Bahawalpur and 43 in Multan districts of the province.

Additionally, the Agricultural Department in the province would also be provided with airplanes of the Federal Plant Protection Department in a bid to control locust movement, said Provincial Secretary Agriculture, Wasif Khursheed.

Commissioner Dera Ghazi Khan Division Asadullah Faiz said that the divisional and district administration is monitoring the movement of locusts continuously and no locust has been found anywhere in the division so far.

The country cannot afford to lose its cotton, especially at a time when it has secured a bailout package from the International Monetary Fund. The government has deployed pesticide-mounted vehicles and aircraft to control the situation.

Locusts first emerged from Sudan and Eritrea in January this year.

By February, they had hit Saudi Arabia and Iran before heading to Pakistan's Balochistan in March.

The last major locust attack in Pakistan happened back in 1993 and 1997.