From leaders, politicians, celebrities to common man, all flood Twitter in memory of Sushma Swaraj 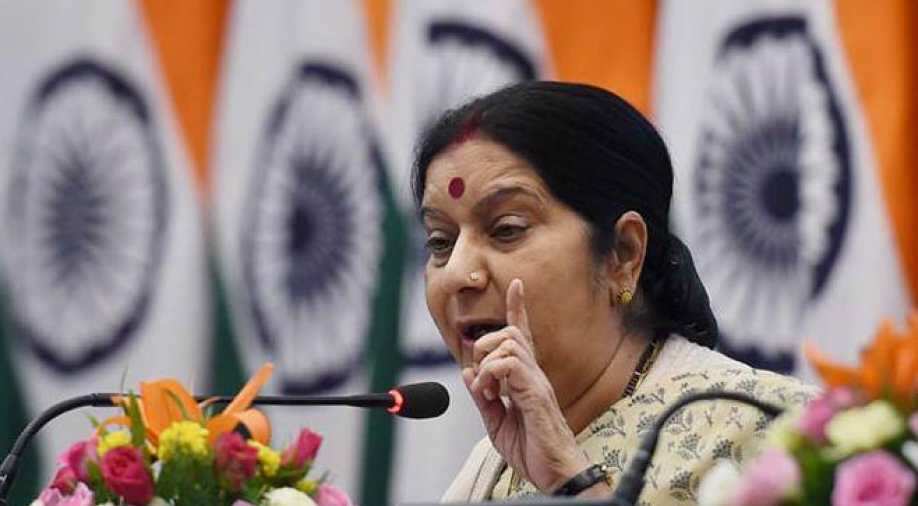 The Prime Minister called her an 'excellent administrator', 'prolific orator' and an 'outstanding Parliamentarian' who 'worked tirelessly' even when her health was not good.

Former External Affairs Minister and seven-time Parliamentarian Sushma Swaraj passed away on Tuesday night aged 67, leaving behind a void in not just the Bharatiya Janata Party but in the political fabric of the country.

From the country's tallest leaders to the common man, all mourned her loss and condoled her sudden demise. Social media was flooded with posts in her memory.

Prime Minister Narendra Modi took to Twitter on late Tuesday night and in a series of tweets, condoled her sudden demise.

"A glorious chapter in Indian politics comes to an end. India grieves the demise of a remarkable leader who devoted her life to public service and bettering lives of the poor. Sushma Swaraj Ji was one of her kind, who was a source of inspiration for crores of people," his tweet read.

I can’t forget the manner in which Sushma Ji worked tirelessly as EAM in the last 5 years. Even when her health was not good, she would do everything possible to do justice to her work and remain up to date with matters of her Ministry. The spirit and commitment was unparalleled.

The Prime Minister called her an "excellent administrator", "prolific orator" and an "outstanding Parliamentarian" who "worked tirelessly" even when her health was not good.

"Sushma Ji’s demise is a personal loss. She will be remembered fondly for everything that she’s done for India. My thoughts are with her family, supporters and admirers in this very unfortunate hour. Om Shanti," the prime minister posted.

Union Home Minister Amit Shah described her loss "an irreparable" one to the BJP and Indian politics.

"On behalf of all BJP workers, I express my deepest condolences to her family, supporters and well-wishers. God bless the departed soul forever. Om Shanti Shanti Shanti," his tweet read.

Defence Minister Rajnath Singh said that she served the "nation with diligence and brilliance". "Her contribution to the nation and the party will always be remembered," his tweet read.

"An extremely sad news! A very strong politician, a sociable person, a wonderful spokesperson. Prayer for peace of soul," tweeted out Amitabh Bachchan.

"Saddened to hear about the sudden demise of Sushma Swaraj ji . May her soul rest in peace," Anushka Sharma posted on the microblogging site.

Saddened to hear about the sudden demise of Sushma Swaraj ji . May her soul rest in peace 🙏

Swaraj had been a seven-time Member of Parliament (MP) and a three-time MLA.

She had also served as the Minister of Information and Broadcasting under former Prime Minister late Atal Bihari Vajpayee.

She was also the Minister of Health, Family Welfare and Parliamentary Affairs from January 2003 until May 2004. Swaraj was also the Leader of Opposition in the for the 15th Lok Sabha.

She was appointed as the Minister of External Affairs in 2014 when BJP won the general elections. She didn't contest the 2019 Lok Sabha polls on health grounds.

“Narendra Modi ji - Thank you Prime Minister. Thank you very much. I was waiting to see this day in my lifetime,” she said in her tweet.

Swaraj was rushed to AIIMS Delhi on Tuesday evening on having a cardiac arrest.