Cannes 2018: This is when Aishwarya, Deepika, Sonam, Kangana will be walking the red carpet 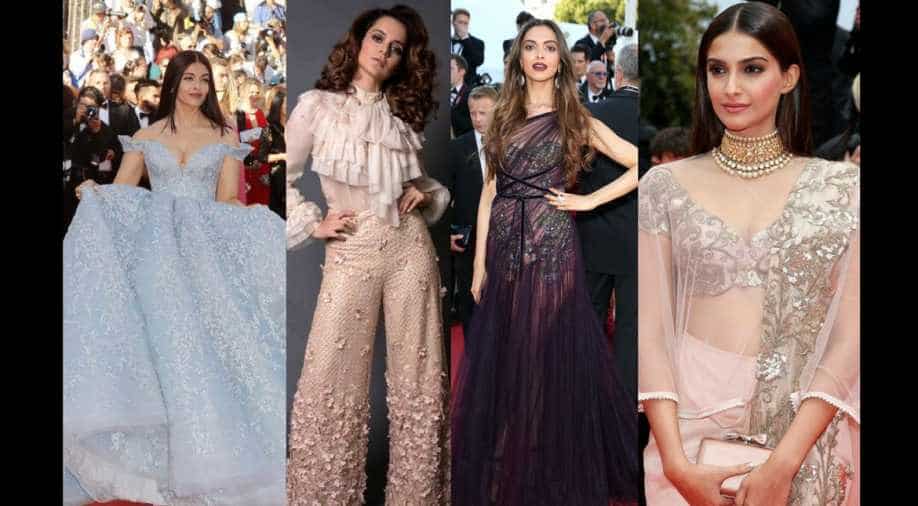 These Bollywood beauties will be walking the red carpet at Cannes Film Festival this year. Photograph:( WION )

As a new month kicks in, our Bollywood beauties will gear up to put their best foot forward in the upcoming Cannes Film Festival.

From the A-listers there will be an addition to the list as Kangana Ranaut will be making her debut on the red carpet along with Deepika Padukone like last year and Sonam Kapoor who has become a regular since a few couple of years. Aishwarya Rai Bachchan who is a regular for 17 years now will also be seen as we hope that she amazes us with killer style statement at the festival.

While Kangana who makes her debut will be seen on May 11, reports suggest that Deepika will be there for the second time on May 10 and 11. Aishwarya will walk on May 12 and 13 while Sonam will be seen on May 14 and 15. It’s suggested that Sonam will wrap her rumoured wedding before she walks on the Cannes red carpet as a newlywed.

As fittings, makeup and other details of their walk are being looked after -- these actresses are busy with professional commitments. Aishwarya is busy with Fanne Khan that releases this year as she works with Anil Kapoor and Rajkummar Rao in the film, Sonam has started promoting her soon-to-release film Veere Di Wedding with Kareena Kapoor, Swara Bhaskar and Shikha Talsania. Kangana is busy with Mental Hai Kya with Rajkummar Rao and home production Manikarnika: The Queen of Jhansi while Deepika is basking in the success of Padmaavat.