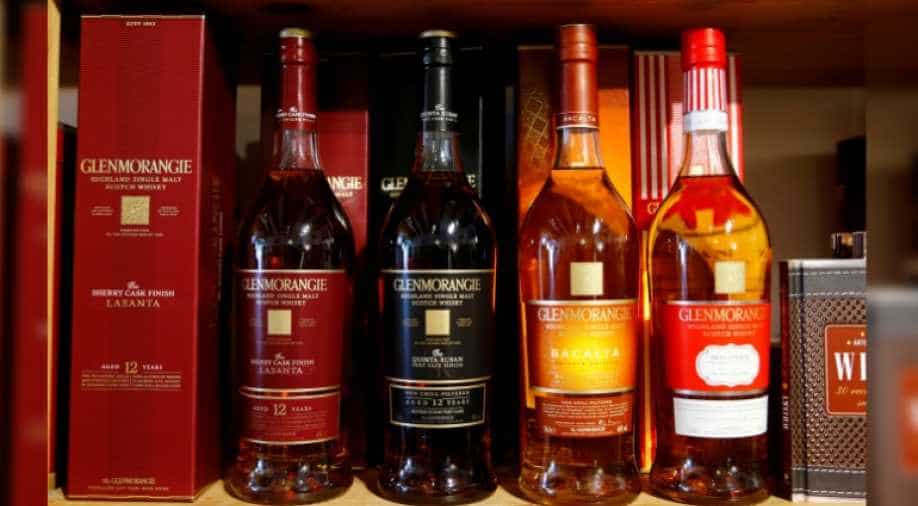 Sales are also booming in France and the US.

The value of Scotch whisky exports rose nearly 8 percent in 2018, backed by booming sales in India, France and the United States and the impact of pricier Scotch, data from Britain's tax authority HMRC showed on Tuesday.

With Britain's exit from the European Union trading bloc due in six weeks, there is still no decision on what the trade rules for British exports will be after that. Producers of Scotland's flagship tipple are particularly worried about sales to the EU which make up about a third of their world market.

Scotch growth in recent years has been driven by demand for single malts, which are made at one distillery and pricier than blended Scotch which is made from mixing one or more whiskies.

In volume terms, exports were primarily driven by growth in India, which expanded by 23.1 million to 112.6 million bottles. The United States and France - the world's heaviest Scotch drinker - each grew exports by 9.4 million bottles.

At the same time, exports to Germany and Spain fell by around 10 million and 4.5 million pounds apiece.

"(The) industry does not take continued growth for granted," said Karen Betts, chief executive of the Scotch Whisky Association which represents 90 percent of the producers.

She urged Britain not to leave the EU without a Brexit deal at the end of March.

"We also want to see the UK and EU agree to an open and positive future relationship, which delivers frictionless trade with the EU, and the UK to secure ambitious trading relationships with key markets around the world."

The United States became the first billion-pound export market for Scotch in 2018, growing 7.8 percent to 1.04 billion pounds last year to retain its place as the largest market in the world for Scotch in terms of value.

Britain's trade minister Liam Fox said in response to the data: "My international economic department is focused on turning the UK into an exporting superpower and, as our single largest food and drink export, the success of Scotch whisky overseas is key to this ambition."