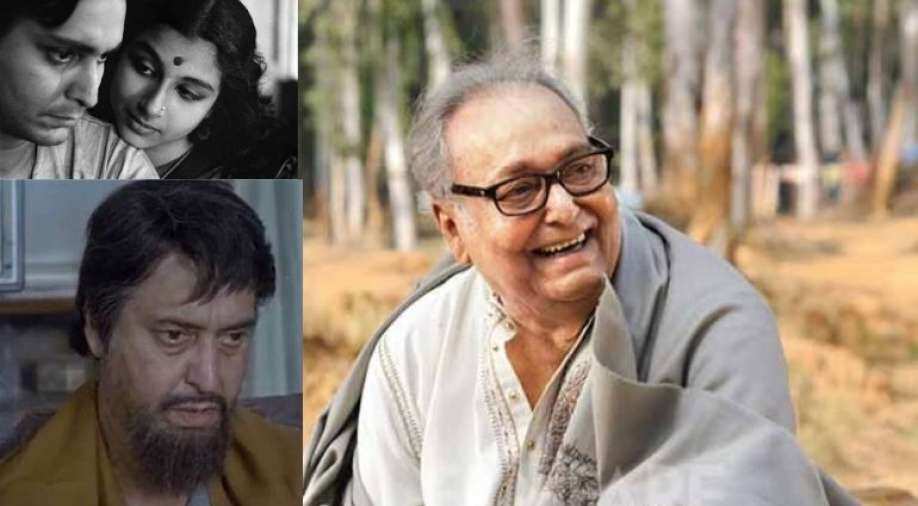 Soumitra Chatterjee, who had shot a portion of the biopic titled 'Abhijaan' before the COVID-19 pandemic struck in March, completed the remaining three days' work in two locations in Kolkata after the shooting was allowed to resume maintaining all safety protocols.

Soumitra Chatterjee had finished shooting a biopic on himself before he was admitted to a hospital where he died on Sunday, but a documentary on the life of the multifaceted person will remain unfinished.

Chatterjee, who had shot a portion of the biopic titled 'Abhijaan' before the COVID-19 pandemic struck in March, completed the remaining three days' work in two locations in Kolkata after the shooting was allowed to resume maintaining all safety protocols.

'Abhijaan' was also the name of a Satyajit Ray film released in 1962, in which Chatterjee portrayed the role of a taxi driver.

"He was his usual self during the shoots. His dedication and involvement were enviable," a member of the production team said.

Actor-director Parambrata Chatterjee was making the biopic in which Jisshu Sengupta acted as young Soumitra, while the legendary actor essayed the role of himself for the later phase of his life.

The Dadasaheb Phalke Awardee had also consented for an untitled documentary film on various sides of his life film actor, stage actor, poet and little magazine editor and painter. Shooting for the docu had begun in the last week of September.

Director Atanu Ghosh said he and Sandip Ray had taken interview of Chatterjee for the film career part of the documentary, and that on the stage acting portion was taken by theatre personality Debshankar Halder.
However, the literary part of the docu could not be shot as the date scheduled for it was October 7 but he was admitted to the hospital one day before it.

"He was so agile and mentally alert on September 30. He showed no discomfort during the shoots which went on for hours. Never imagined he will be leaving us so soon," Ray said.

Ghosh said the documentary would have great archival value for future generations.

Chatterjee, whose Bengali film Barun Babur Bondhu by Anik Dutta was released before the pandemic, had also completed shooting 'Belashuru', a film starring him and Swatilekha Sengupta among others earlier this year.
The film, directed by Shiboprosad Mukhopadhyay and Nandita Roy, succeeded blockbuster 'Belaseshe' starring the two veteran actors.

Release dates of 'Abhijaan' and 'Belashuru' have not been decided yet.