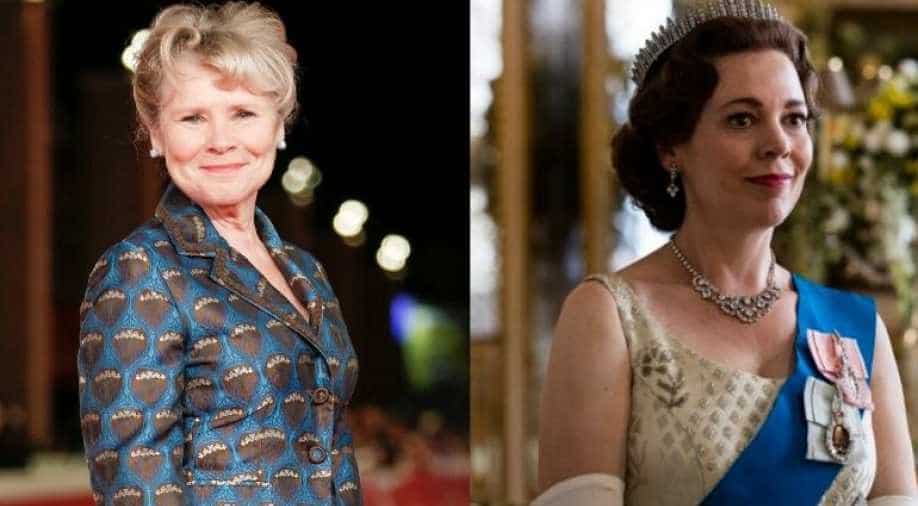 The first two seasons of the critically acclaimed show saw Claire Foy play the Queen, which earned her a Golden Globe and Emmy Award.

Award-winning Netflix show 'The Crown' will end after season five and the British actor Imelda Staunton is set to play Queen Elizabeth in its final season.

Staunton playing the role of Queen Elizabeth was confirmed by the creator and executive producer of the show, Peter Morgan, reported news agency. "I'm absolutely thrilled to confirm Imelda Staunton as Her Majesty The Queen for the fifth and final season, taking 'The Crown' into the 21st Century. Imelda is an astonishing talent and will be a fantastic successor to Claire Foy and Olivia Colman," he said.

Imelda Staunton will play Queen Elizabeth II in the fifth and final season of The Crown. pic.twitter.com/hUOob58A9p

The production of season four is already on floors and will see the introduction of Princess Diana played by actor Emma Corrin. 'God's Own Country' actor Josh O'Connor plays Prince Charles, while Colman will also return as the Queen, reported a news agency.

Talking about his vision to have run the show for six seasons during the initial stages, Morgan added that "now that we have begun work on the stories for season five it has become clear to me that this is the perfect time and place to stop. I'm grateful to Netflix and Sony for supporting me in this decision."

The first two seasons of the critically acclaimed show saw Claire Foy play the Queen, which earned her a Golden Globe and Emmy Award. The previous season which was premiered last year had Oscar-winning 'The Favorite'  actor Olivia Colman portraying the monarch.

According to the news agency, Staunton further stated, "I have loved watching 'The Crown' from the very start. As an actor, it was a joy to see how both Claire Foy and Olivia Colman brought something special and unique to Peter Morgan's scripts. I am genuinely honoured to be joining such an exceptional creative team and to be taking 'The Crown' to its conclusion.

"Bankrolled by Left Bank Pictures and Sony Pictures Television for the online streaming platform Netflix, the historical drama 'The Crown' revolves around the reign of Queen Elizabeth ll.