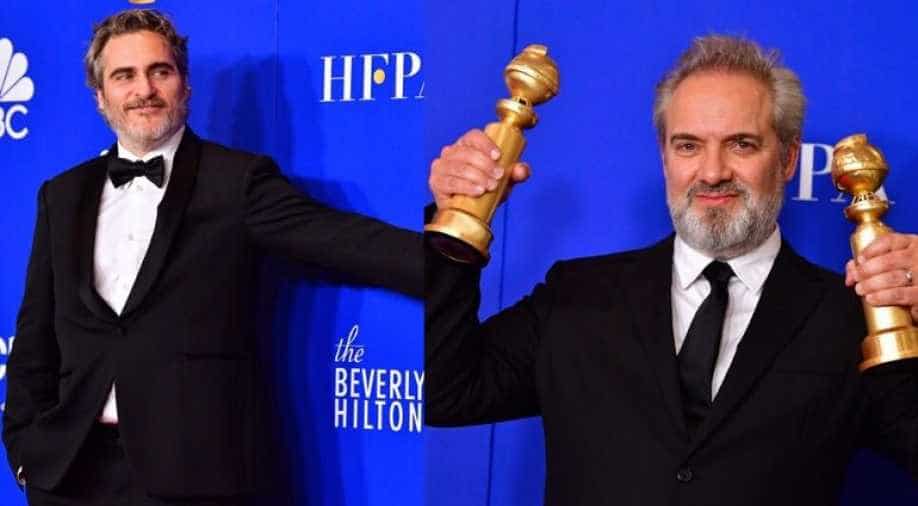 Sam Mendes' period film '1917' took home the major awards of the night- best film drama, and best director for Mendes. While Tarantino took home three Golden Globes for his film 'Once Upon A Time In Hollywood'.

It was a night of surprises and a few predictable wins. The Golden Globes 2020 may have given OTT platforms a huge presence in the nomination list but ultimately films that released in theatres and not OTT platforms ruled the awards night.

The other big winner of the night was Quentin Tarantino's 'Once Upon A Time In Hollywood' which took home three awards. Tarantino won the best screenplay and best film (musical or comedy) while Brad Pitt won best supporting actor award. Watch red carpet looks from the Golden Globes 2020.

Awkwafina, a first-time nominee this year, created history and became the first Asian to win best actress comedy or musical for 'The Farewell'.

Laura Dern was named best supporting actress for her role as a ruthless divorce lawyer in 'Marriage Story,' defeating presumed favourite Jennifer Lopez as a feisty pole dancer in 'Hustlers.'

Hosting the ceremony for the fifth time, British comedian Ricky Gervais threw caution to the wind with expletives and jokes that drew mostly nervous laughter in the room of A-list celebrities.Also see: Priyanka Chopra and Nick Jonas turn heads on the red carpet

In the television honours, Phoebe Waller-Bridge charmed her way to winning the best actress for her show 'Fleabag' which also won best series comedy or musical. Other big winners of the night included 'Succession' and 'Chernobyl'.