We were ready to retaliate after Iran strikes, Solemani's killing was American justice: Trump at campaign rally in Ohio 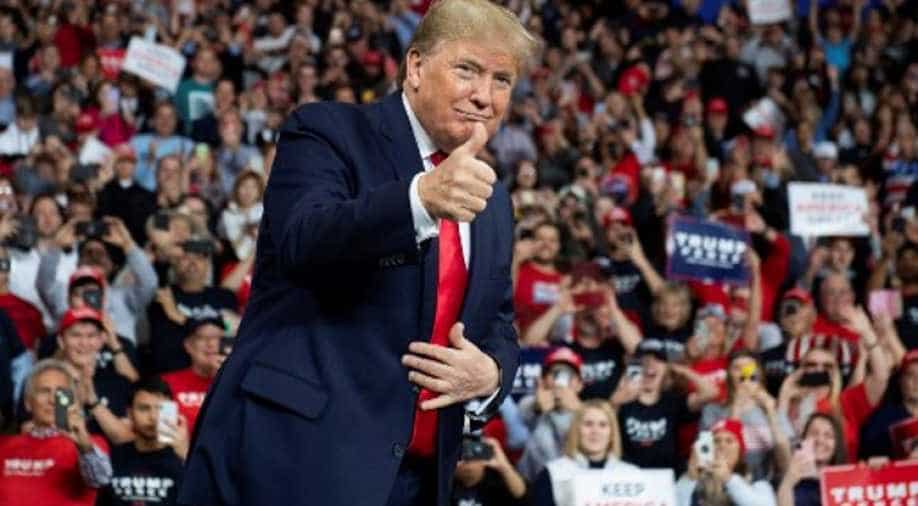 Trump took a dig at the Democrats stating that 'radical-left Democrats have expressed outrage over the termination of this horrible terrorist', referring to Soleimani.

US President Donald Trump while addressing a re-election campaign rally in  Toledo, Ohio said he was ready to launch retaliatory strikes after Iran hit US bases in Iraq.

Under my administration, we will NEVER make excuses for America’s enemies – we will never hesitate in defending American lives – and we will never stop working to defeat Radical Islamic Terrorism! pic.twitter.com/022PjwhHjs

The American president told the people present at the rally that US drone strikes on Baghdad airport which killed Soleimani "delivered American justice".

“Last week the United States once again took the bold and decisive action to save American lives and deliver American justice," the US president said.

Trump took a dig at the Democrats stating that "radical-left Democrats have expressed outrage over the termination of this horrible terrorist".

“He was a bad guy. He was a blood-thirsty terror, and he’s no longer a terror, he’s dead," the president told the crowd referring to Soleimani's assassination.

In Pics: Crazy Trump, don't think that everything is over with my father's martyrdom, says daughter of Soleimani

Meanwhile, on Thursday, the US House of Representatives passed a resolution aimed at curbing President Donald Trump's ability to wage war against Iran.

The five-page resolution emphasised that if President Trump wants to take the US to war, he would need authorization from Congress.

The resolution passed 224-194 in the Democratic-controlled US lower House. Three Republicans and an independent voted for it, while eight Democrats opposed it.