US election 2020: How and when will incumbent President Donald Trump leave office? 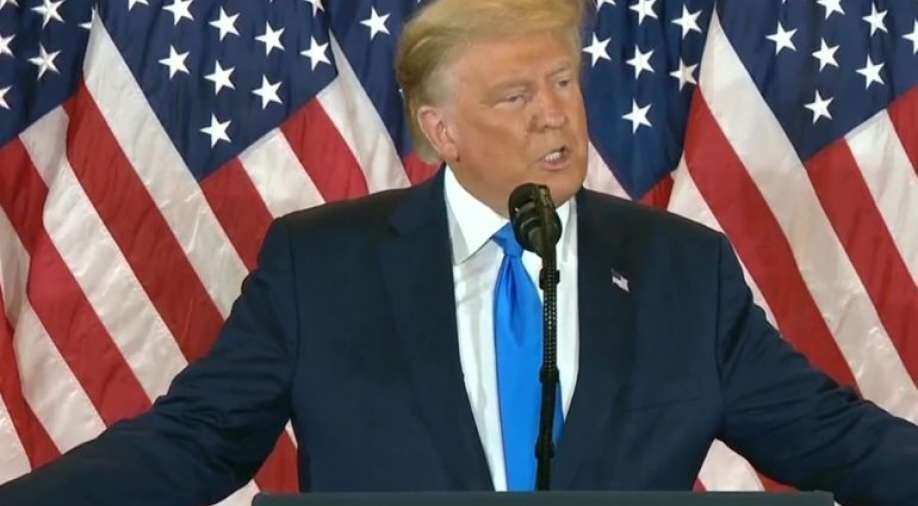 The United States has a long history of peaceful transfers of power that is likely to continue despite President Donald Trump's attacks on the legitimacy of the election result, national security experts said.

The United States has a long history of peaceful transfers of power that is likely to continue despite President Donald Trump's attacks on the legitimacy of the election result, national security experts said.

Here is what to expect in the weeks and months to come.

DOES TRUMP FACE A DEADLINE TO LEAVE OFFICE?

Yes. The US presidential election is not formally over. Electors - party loyalists who typically pledge to support the candidate who gets the most votes in their state - will convene on Dec. 14 to formally cast their votes. The newly seated Congress accepts the results from the Electoral College on Jan. 6. If Biden wins the Electoral College vote, as expected, he will be sworn in at noon on Jan. 20 — a date set in the Constitution.

CAN BIDEN TRANSITION INTO POWER OVER TRUMP'S OBJECTIONS?

Yes. Trump has only so much power to slow Biden's transition.

A law called the Presidential Transition Act of 1963 makes career civil servants vital to the transfer of power. They face deadlines for providing data and access to incoming officials.

Under the law, the transition process will shift into high gear once a federal agency called the US General Services Administration (GSA), which manages federal buildings, names an apparent winner of the election. At that point, the incoming president's team can obtain briefing books, tap into funds, and send representatives to visit government agencies.

On Sunday, experts in transitions sent a letter to the GSA's administrator, Emily Murphy, urging her to recognize Biden as the winner.

"While there will be legal disputes requiring adjudication, the outcome is sufficiently clear that the transition process must now begin," the letter from the Center for Presidential Transition said.

The GSA said in a statement on Saturday it "ascertains the apparent successful candidate once a winner is clear based on the process laid out in the Constitution."

Political scientists told Reuters they are optimistic about the resilience of this legal framework.

Despite the animosity between Trump and Biden on the campaign trail, the Trump administration earlier this year complied with statutory requirements for providing federal office space and government resources to the Biden campaign.

Government officials take an oath to uphold the US Constitution. This oath would require recognizing Biden as the incoming president if he wins the Electoral College, regardless of what Trump says, said Robert Chesney, a professor of national security law at the University of Texas.

"I find it very hard to believe the military, the Secret Service, the FBI, or any other relevant part of the bureaucracy would go along with Trump if the Electoral College or a court says otherwise," said Chesney.

WOULD THE MILITARY KICK TRUMP OUT IF HE REFUSES TO LEAVE?

Two US army veterans raised the possibility of the military forcefully removing Trump in an "open letter" to the top US general, Mark Milley, in August.

"If Donald Trump refuses to leave office at the expiration of his constitutional term, the United States military must remove him by force, and you must give that order," stated the letter, published in Defense One and written by John Nagl, a retired Army officer, and Paul Yingling, a retired US Army lieutenant colonel.

But others have said such a move would be better left to the US Secret Service, citing a bedrock US legal principle that military personnel should stay out of domestic law enforcement matters.

"We have constitutional processes for dealing with this, and the military is nowhere in that equation," said Kori Schake, a director of foreign and defense policy at the American Enterprise Institute.

If Trump truly refused to leave the White House, on Jan. 20 he would become a "trespasser," Chesney said.

"The Secret Service would come and escort him out," he said.