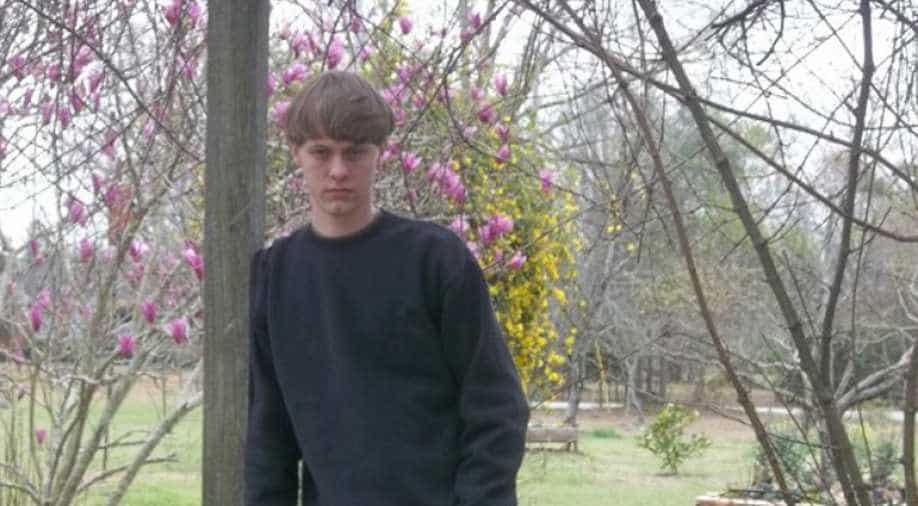 Dylann Roof, the self-described white supremacist who gunned down nine African American parishioners at a historic church in Charleston last year, was found guilty of all charges Thursday and could now face the death penalty.

A federal jury in the southern US port city needed only two hours to find Roof, 22, guilty on 33 counts, including hate crimes resulting in death.

The attack on a Bible study group at the historic church known to most as "Mother Emanuel" shocked the nation, and exposed the deep divides in America over race and access to guns.

"He executed them because he believed they were nothing more than animals," federal prosecutor Nathan Williams said during his closing argument.

"His actions in the church are the best reflections of the vastness of his hatred."

The guilty verdict sends the trial into the penalty phase, which begins January 3. Roof, who did not testify during the trial, has elected to represent himself despite the prosecutors` vow to seek a death sentence.

The defendant showed no emotion and traced his fingers on the table in front of him as the 33 guilty verdicts were read out.

In a videotaped confession shown in court last week, Roof calmly told FBI agents that he carried out the June 17, 2015 attack at the Emanuel African Methodist Episcopal church in retaliation for what he said were crimes committed by blacks against whites.

Three people survived the shooting spree. None of the survivors or family members of victims spoke to reporters after the trial concluded.

Defense attorney David Bruck hinted at mental illness in his closing argument, saying Roof had not grown up in a family with racist beliefs, had no escape plan or money, and hadn`t communicated with white supremacists.

The racist beliefs were "downloaded directly from the internet into his brain... Everything he`s doing is just an imitation," Bruck said.

He called on jurors to "look past the surface" and consider that Roof didn`t realize he had shot nine people, thinking he had killed four or five.

The gunman, wearing heavy clothing on a hot summer evening, was a loner without a best friend, he added.FBI agent Joseph Hamski testified on Tuesday that Roof had traveled a half-dozen times to the church in the months before the shooting.

Roof documented the trips with photographs in which he posed in front of historic sites linked to the US South during times of slavery, sometimes wearing a jacket with the flags of apartheid-era South Africa and Rhodesia, now Zimbabwe.

Many of the images were posted in a hate-filled online manifesto that included racist language directed at African Americans and other minorities.

Roof chuckled during his confession, saying he hadn`t gone to another church "because there could be white people there."

The gunman said he became inspired after reading about a Florida neighborhood watchman`s 2012 killing of unarmed black teenager Trayvon Martin, a case that sparked widespread protests.

"After I read that, I typed in -- for some reason I typed in black on white crime," Roof said.

"I had to do it, because somebody had to do something because black people are killing white people every day."The trial featured gripping, heartrending testimony from survivors of the shooting at the church -- the oldest African Methodist Episcopal church in the southern US, dating back to the late 1700s when a handful of slaves gathered to worship with free African Americans.

One survivor had lain in a pool of her son and her aunt`s blood, cradling her granddaughter as the massacre unfolded. The young girl also lived.

Felicia Sanders called Roof "evil" and said "there`s no place on Earth for him except the pit of hell."

Roof`s mother had a heart attack duPring the emotional testimony and had to be hospitalized.

Roof`s lawyers called no witnesses, resting their case after failing to persuade the judge to allow two mental health experts to testify on behalf of the defendant.

After the jury was dismissed, Roof calmly told Judge Richard Gergel that he still wishes to represent himself during the sentencing phase.

Gergel cautioned against that, telling the young man that his lawyers "zealously defended you."
"It`s important to appreciate the gravity of the situation," he said.

Roof is also facing state murder charges in South Carolina, though that trial is not due to begin until January 17. State prosecutors also are seeking the death penalty.