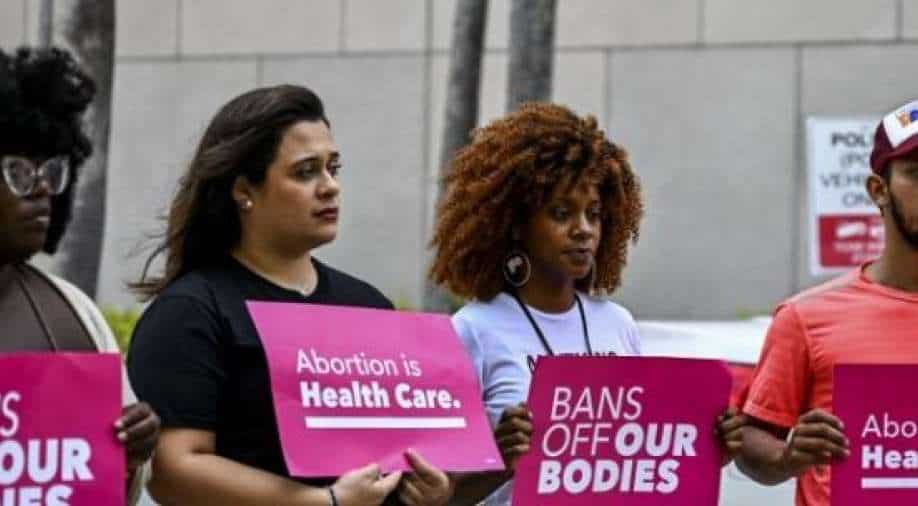 Former US vice-president Mike Pence declared the Supreme Court's decision 'reaffirmed the right of the American people to govern themselves'.

As the US Supreme Court decided to overturn the constitutional right to abortion giving states the freedom to ban the procedure, former US President Donald Trump declared it was the "biggest win for life in a generation".

"This is following the Constitution, and giving rights back when they should have been given long ago," Trump told a US television channel.

"Today’s decision, which is the biggest win for life in a generation...(was) only made possible because I delivered everything as promised, including nominating and getting three highly respected and strong Constitutionalists confirmed to the United States Supreme Court," Trump said.

"God made the decision. I think, in the end, this is something that will work out for everybody," the former president said.

"This brings everything back to the states where it has always belonged."

The former US president had appointed three US judges during his term Neil Gorsuch, Brett Kavanaugh and Amy Coney Barrett - all three judges were part of the 6-3 majority decision.

Former US vice-president Mike Pence declared the Supreme Court's decision "reaffirmed the right of the American people to govern themselves".

"By returning the question of abortion to the states and the people, this Supreme Court has righted a historic wrong," Pence said.

"Now that Roe v. Wade has been consigned to the ash heap of history, a new arena in the cause of life has emerged," the former US vice-president said.