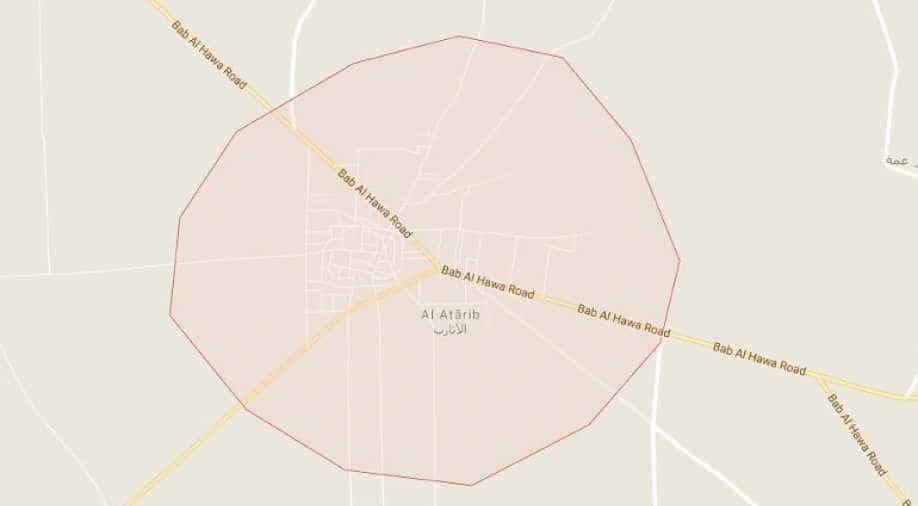 The Syrian Observatory for Human Rights said it was not clear whether the bombing raids had been carried out by Syrian government warplanes, or those of its ally Russia. Photograph:( Others )

Air strikes that ripped through a market in a rebel-held Syrian town have killed 61 people, mostly civilians, an updated toll from a monitor said today.

Three strikes hit the northern town of Atareb on Monday, the Syrian Observatory for Human Rights said, despite a "de-escalation zone" in place there.

"A number of people died of their wounds, bringing the toll to 61 people, including five children and three policemen."

The Britain-based monitor said it was not clear whether the bombing raids had been carried out by Syrian government warplanes, or those of its ally Russia.

A photographer contributing to AFP saw massive destruction at the scene on Monday, with rubble from damaged buildings covering the street and panicked civilians carrying away the wounded.

Atareb is in the west of Aleppo province, in an area that is part of a "de-escalation zone" agreed under a deal reached earlier this year between Syria's allies Russia and Iran, and rebel backer Turkey.

The zone mostly covers neighbouring Idlib province, which is largely held by a jihadist group formerly affiliated with Al-Qaeda.

Despite the government's recapture of Aleppo city late last year, rebel groups maintain a presence in the west of the province.

Russia, a key ally of Syria's President Bashar al-Assad, began a bombing campaign in support of his government in 2015. Since then, with Moscow's support, the government has recaptured large swathes of territory from opposition forces.