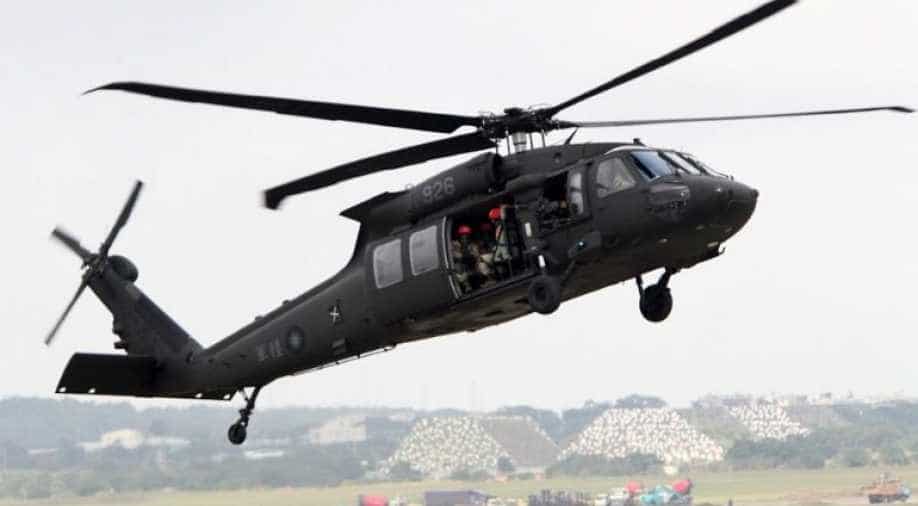 Air force commander Hsiung Hou-chi said the aircraft disappeared from radar less than 15 minutes after taking off and the ministry has set up a taskforce to investigate the incident.

Taiwanese rescuers were searching for the chief of military staff and two major generals who went missing after a helicopter crash landed Thursday, the defence ministry said.

The UH-60M Black Hawk helicopter carrying 13 people including chief of general staff General Shen Yi-ming made the crash landing in the mountains near Taipei for unknown reasons, it said in a statement.

The ministry said ten people have been found alive while rescuers were searching for Shen, 62, and two others that were still missing. They were on a routine mission to visit soldiers in the northeast Yilan county ahead of the lunar new year.

Air force commander Hsiung Hou-chi said the aircraft disappeared from radar less than 15 minutes after taking off and the ministry has set up a taskforce to investigate the incident.

"The search and rescue operation continues... We are investigating whether (the cause) was environmental or mechanical... the aircraft's condition is not ideal," Hsiung told reporters.

"We hope everyone can be safe and we should know the results this afternoon," he said, adding that the ministry has dispatched ground troops and rescue helicopters for the operation.

An air force official said some on board were "trapped under fragments of the helicopter" without elaborating.

Hou You-yi, mayor of New Taipei City where the crash landing site was, said 11 people have been rescued while two were still unaccounted for without identifying them.

A New Taipei City fire department official told local TV stations that Shen had been found alive, although the defence ministry was yet to confirm.

"It had been raining in the mountains in the past few days, the mountain roads are muddy and very steep. We are racing against time," said Chen Chung-chi, a supervisor of the operation.

President Tsai Ing-wen's office said she has cancelled her schedule for the rest of the day to monitor the rescue.