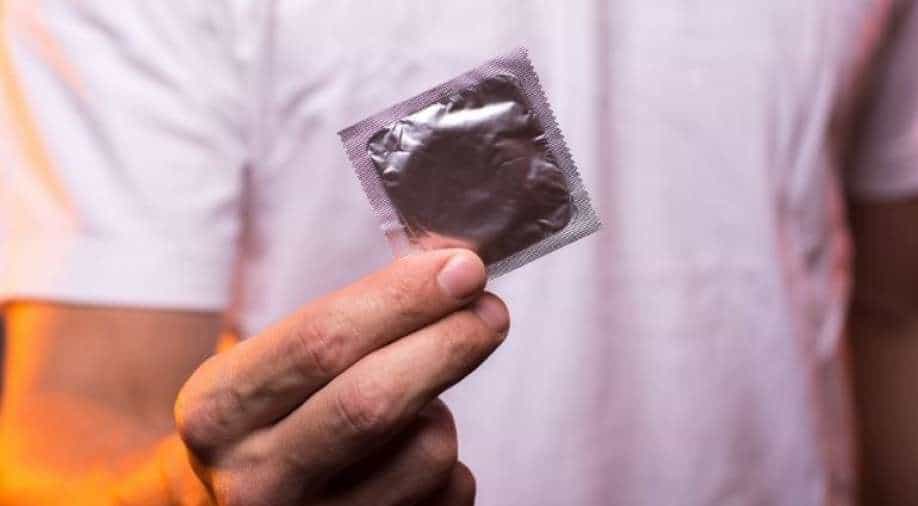 In this representative image, man can be seen holding a condom in his hand Photograph:( Others )

The novel virus, which has adversely affected almost every industry, has not spared the world's largest condom maker

The world is having far less sex using condoms during the coronavirus pandemic as per Nikkei Asia.

The novel virus, which has adversely affected almost every industry, has not spared the world's largest condom maker.

Its sales have dropped approximately 40 per cent in the last two years as the contraceptive was not used by several people who stayed at home during the pandemic.

Goh said in a report that the Malaysia-based company is now moving into the booming medical glove business that will start its production in Thailand by mid year.

Earlier, it used to make one of every five condoms produced all across the globe. The company was poised grow at ''double digits'' before lockdowns were imposed worldwide.

The company, that exports condom to more than 140 countries produces like Durex along with Durian-flavoured.

In the last two years, its shares have dropped 18 per cent. During this period, the benchmark of Malaysia's stock index has dropped 3.1 per cent.

A research had revealed that six million unwanted pregnancies and two million unsafe abortions could be avoided each year by helping teenage girls in developing countries to get reliable contraception.