Parade of Democratic 2020 hopefuls push for momentum in Iowa 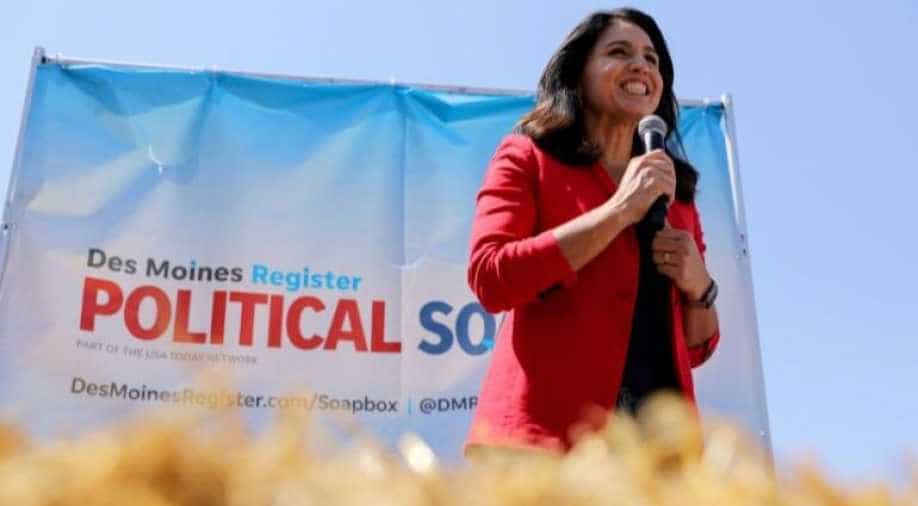 Even though many of the candidates urgently need to differentiate themselves among the horde, most of them trained their fire at Trump, not each other.

A cavalcade of Democratic presidential hopefuls on Friday tried to turn a few precious minutes before Iowa voters into the momentum needed to catapult their campaigns in the pivotal state.

Lowa's caucuses in February kicked off the Democratic nomination process and can provide a candidate with crucial early momentum.

Even though many of the candidates urgently need to differentiate themselves among the horde, most of them trained their fire at Trump, not each other.

The suspect in the El Paso shooting reportedly posted a hate-filled manifesto directed at Latinos before the massacre.

Former Vice President Joe Biden said Trump "offers no moral leadership. He has no interest in unifying this country."

Trump, he said, has adopted a political strategy of "hate, racism, and division."

Former US Congressman Beto O'Rourke, who is from El Paso, did not speak at the event, but appeared in a video accusing Trump of fostering "hatred, racism, and intolerance."

Tim Ryan, a US congressman from Ohio, urged Congress to pass an assault weapons ban.

"People are dying on the streets of this country, being killed by weapons made for the battlefield," Ryan said. "This country will never be safe until we get these weapons of war off the streets."

There were some signs of the ideological and generational tensions within the party. Montana Governor Steve Bullock, a moderate, decried sweeping progressive proposals that he said were "written for press releases."

But when progressive US Senator Elizabeth Warren championed her plan to provide "Medicare for All" and levy a tax on the nation's wealthiest, she received loud cheers.

Buttigieg took a subtle jab at Biden, who often touts his work as vice president under President Barack Obama.

"We can't look like we're the party of back to normal," Buttigieg said. "What we have now isn't working, but normal wasn't working either."

There were also references to Iowa's economy, where farmers have been caught in the fallout from Trump's decision to slap tariffs on Chinese goods.

"Trade war by tweet is not working for our farmers," Warren said.

After the event, Cynthia Donovan, 62, of Sioux City, Iowa said she was most impressed by Buttigieg and Warren.

Donovan, who has not chosen a candidate to support, said she was "looking for somebody who can unify. Somebody who can change some of the damage that this current administration has done on trade, immigration, and humanity."

The event, a fundraiser for the state Democratic Party that serves up piles of chicken wings, attracts activists and organizers in the Midwestern state whose support can bolster a presidential bid.

As the state that holds the first nominating contest each election cycle, Iowa plays an outsized role in picking presidential nominees. Only the top finishers in Iowa's February caucuses will likely survive to continue their candidacies.

Underscoring the state's importance, several 2020 candidates made Iowa their first presidential campaign stop this year. That included Biden, who said he was not taking his front-runner status for granted as he returned to Iowa this week.

US Senators Kamala Harris of California and Senator Warren of Massachusetts both embarked this week on bus tours across the state to try to galvanize their supporters.

Throughout the weekend, some 20 candidates will also take turns appearing at the Iowa State Fair, ascending the infamous "soapbox" to deliver their pitch to voters and take questions.