Once the backbone of Middle Eastern protests, ultras are down but not out 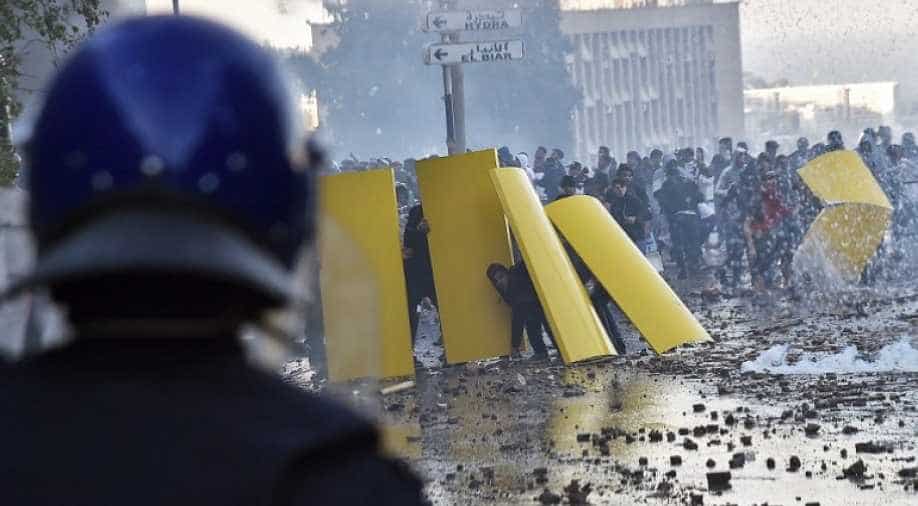 Ahmad’s plight is part of a region-wide effort to ensure that football fans who played major roles in recent Middle East history don’t get another opportunity.

Ali Issa Ahmad, a British football fan, who was lingering earlier this year in jail in the United Arab Emirates for wearing a Qatari football jersey during the 2019 Asian Cup that Qatar state won.

Ahmad who potentially could have been sentenced to years in prison for supporting the wrong team in the eyes of the UAE was ultimately released after several days as the UAE sought to avoid the reputational damage his prosecution would have entailed.

Ahmad’s predicament suggested that the UAE’s stopping Qatari fans from attending recent Asian Cup matches and banning expressions of support for its nemesis because of the rift in the Gulf that has pitted the United Arab Emirates, Bahrain and Saudi Arabia against Qatar is about more than political rivalries between states determined to shape the region in their mould.

Ahmad’s plight is part of a region-wide effort to ensure that football fans who played major roles in recent Middle East history don’t get another opportunity.

Fans were central in the 2011 popular Arab revolts that toppled the leaders of Tunisia, Egypt, Libya and Yemen. They constituted the backbone of initial resistance to the military regime that in 2013 overthrew Mohammed Morsi, Egypt’s first and only democratically elected leader. And fans led the 2013 Gezi Park anti-government protests in Turkey and, beyond the Middle East, the 2014 anti-government demonstrations in Ukraine.

The effort to control football fans takes on added relevance with mass protests in the greater Middle East occurring in Sudan, Algeria and Jordan while Kazakh president Nursultan Nazarbayev recently replaced his cabinet in a bid to halt mounting social unrest.

The effort takes various forms ranging from banning support in the Gulf for a team to brutal repression and the closure to the public of most domestic matches in Egypt since the 2011 revolt to attempts in Turkey to politically control all fan activity. Like in Turkey, those fans admitted into Egyptian stadia in limited numbers are first politically vetted to ensure that they don’t turn the pitch into a protest venue.

The effort has succeeded to some extent, even if legal measures to ban militant fan groups in Egypt and Turkey failed. The return to stadia of some fans in Egypt suggests that the government feels it has gained the upper hand.

“The Egyptian regime has specific issues with fans organising collectively for football. So if these fans can be depoliticised, they can return to stadiums. This is the real political motivation for allowing fans back into the stadium: the belief that they have successfully depoliticised the game,” said Ziad Akl, an analyst with the Cairo-based Ahram Centre for Political and Strategic Studies.

The proof is in the pudding. Indications are it hasn’t persuaded militant fans who although a minority were the heartbeat of Egyptian fandom.

“I haven’t been to matches for years, and I’m certainly not going to start now. I’m not stupid enough to give the security services my address, where I work, and my full name. I don’t mind doing this to vote or to get a national ID, but I won’t do this for a football match,” said a member of a Cairo ultras group.

He was echoing the response of Turkish fans to government efforts to force identification of fans through an electronic ticket system.

The ultras’ message was that militant football fans may be down but are not out and that Egyptian general-turned president Abdel Fattah al-Sisi will have to get a grip on simmering discontent by addressing widespread social and economic discontent rather than relying primarily on brutal repression.

To be sure, the differences between 2011 and 2019 could not be starker. Al-Sisi presides over the worst repression in recent Egyptian history that has targeted even the slightest form of dissent, making toppled leader Hosni Mubarak’s rule look relatively benign.

Nonetheless, militant football fans pose enough of a continued threat to prevent the government from fully lifting the ban on spectators attending football matches that has been in place for much of the last eight years. The government recently agreed to allow a meagre 5,000 fans per match.

The ban was initially imposed when the popular revolt erupted in 2011 but was lifted once Mubarak was forced to resign after 30 years in office. It was reintroduced and has been in force uninterrupted since February 2012 when 72 supporters of storied Cairo club Al Ahli were killed in a stampede in a Port Said stadium in what many believe was an attempt by the military and law enforcement to cut the ultras down to a size that got out of hand.

“No one is excited that the fans are back. People went to the stadiums because of the atmosphere created by ultras - Egyptian football has died with the banning of ultras,” said one of the founding members of Ultras White Nights, the militant support group of Al Ahli arch rival Al Zamalek.

Among Egypt’s estimated 60,000 political prisoners are scores of militant supporters of football clubs who were not only prominent in the 2011 uprising but also in subsequent anti-government demonstrations.

The student protests against Al-Sisi’s coup, that turned the country’s universities into security fortresses, were brutally squashed by law enforcement forces abetted by the adoption of a draconic anti-protest law, tight control of the media, and a crackdown on non-governmental organizations.

The Ultras White Nights and their Al Ahli counterpart, Ultras Ahlawi, officially dissolved themselves in 2018 in a bid to ensure the safety of their members. With continued Ultras White Knights activity on social media, where both groups have/had huge followings, the dissolution was widely seen as tactical and a sign of goodwill.

"We are tired of going around police stations and prisons looking for our comrades. We want things to quieten down with the government, see the detainees go free and the crackdown end,” said former Ultras leader Mohammed Saheel.

“The Ultras are desperate and don’t see a bright future. They hope for a reconciliation with the regime to get their fellow members out of prison,” added journalist and football fan Mahmoud Mostafa.

The decision to dissolve came in the wake of a statement by the ultras that appealed to Al-Sisi to initiate a dialogue between the fans and police to iron out their differences. The called for the pardoning of detained militant fans.

The peace offering was a far cry from the ultras’ heyday. To the founders of various groups of ultras in Egypt and elsewhere in the Middle East, the battle for the stadia in the years prior to the 2011 revolts constituted a struggle for public space in a country governed by a regime that tolerated no uncontrolled public spaces.

The ultras constituted the only group that was willing to not only challenge government control of public space but also to put their lives on the line in staking their claim. They derived their title to the stadium from their analysis of the power structure of the sport that positioned ultras as the only true supporters of the club as opposed to a corrupt management that was a pawn of the regime and players who were mercenaries who played for the highest bidder.

That was what attracted thousands of young, under‐educated and un- or under-employed men who joined the ranks of the ultras because the fans were the only organised group that persistently and physically stood up to corrupt and brutal security forces who made their lives difficult in the stadia as well as in the neighbourhoods where they lived.

Members of the ultras and people close to them caution that the Al- Sisi government’s apparent success in whipping the ultras into submission may be temporary.

Many believe that “nothing will happen. Standing up to the regime amounts to suicide. The question is how long that perception will last… Things will eventually burst. When and where nobody knows. But the writing is on the wall,” said a source close to the ultras.

Added a founder of one of Egypt’s original ultras groups: “This is a new generation. It’s a generation that can’t be controlled. They don’t read. They believe in action and experience. They have balls. When the opportunity arises, they will do something bigger than we ever did.”

This article is an edited version of a German-language chapter in a book to be published in conjunction with the Macht der Masse – 4e Halbzeit (Power of the Mass – 4th Intermission at the Ludwig Forum Aachen in Germany.