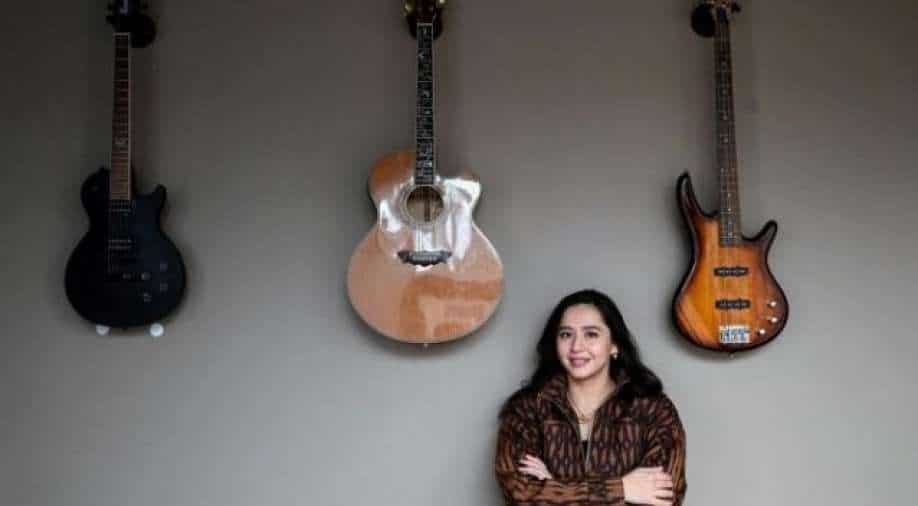 Manizha Sangin, known as Manizha, is set to perform the song 'Russian Woman' at the annual competition in The Netherlands during May.

Russian investigators said on Thursday they will examine the lyrics of the country's entry to this year's Eurovision song contest after it angered conservative groups.

Manizha Sangin, known as Manizha, is set to perform the song "Russian Woman" at the annual competition in The Netherlands in May.

It praises the strength of Russian women, urging them to be more independent and to resist sexist views on beauty, age and bearing children.

The 29-year-old singer, who was born in ex-Soviet Tajikistan but now lives in Russia, is also an activist for women's and refugees' rights.

The Investigative Committee, which probes major crimes in Russia, said it had received a request from a public organisation to probe Manizha's entry for "possible illegal statements".

IC spokeswoman Svetlana Petrenko told news agency RIA Novosti that the request will be examined in accordance with the law.

The Russian Union of Orthodox Women published an open letter on Thursday calling for a ban on Manizha's music video and her participation at Eurovision.

The letter says her lyrics incite "hatred towards men, which undermines the foundations of a traditional family".

Earlier this week a site devoted to war veterans, "Veteranskie Vesti", published an open letter to IC head Alexander Bastrykin asking him to initiate criminal proceedings into the song.

The organisation describes itself as independent but partners with Russia's interior and defence ministries and the FSB security agency.

In the letter, the group said Manizha's pop tune "aims to seriously insult and humiliate the human dignity of Russian women".