How the Trudeau campaign scrambled to sidestep political disaster 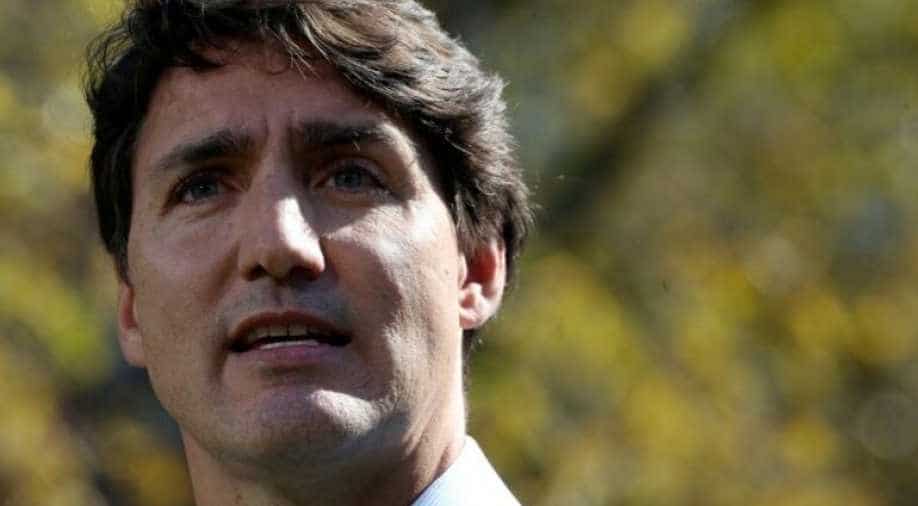 Canadian Prime Minister Justin Trudeau and his election campaign team were on the way to the airport when Time magazine journalists called with alarming news.

Canadian Prime Minister Justin Trudeau and his election campaign team were on the way to the airport in Nova Scotia on Sept. 18 when Time magazine journalists called with alarming news.

Within hours, the magazine would publish a picture that could doom his bid to win another four years in power. The 2001 image showed a 29-year-old Trudeau at an Arabian Nights party, his face covered in dark makeup, evoking racial stereotypes that seemed contrary to everything he stood for.

Parked on the Halifax airport tarmac that Wednesday, as campaign planners pushed for a timely departure to Winnipeg, Trudeau’s closest aides nixed the idea of spending the next four hours in the air. Then and there, they would scramble to get ahead of the explosive story.

The election was a month away.

While some aides prepared a contrite message for Trudeau to deliver to the media, the 47-year-old prime minister began calling as many Liberal legislators and cabinet ministers from ethnic minorities as he could, hoping to beat the news on Twitter. One was Omar Alghabra, a Liberal parliamentarian of Syrian descent, who said that Trudeau's heads-up came with profuse apologies.

Still, in the plane, Trudeau called a nationally televised media conference at which he not only apologized repeatedly but also admitted to another incident of donning dark make-up.

Interviews with that confidant and five other aides and strategists show how a hastily but carefully choreographed strategy over the ensuing week aimed to quickly rehabilitate the prime minister’s image before the damage gelled. None of the six who spoke to Reuters agreed to be named, citing the sensitivity of the situation. No one connected to the campaign would speak on the record.

"You can't dodge, you can't spin. You just have to put him out there and let people shout at him if they want to," said one Liberal aide who helped craft the strategy.

Whether the strategy to quickly apologize was the right one remains to be seen: Polls showed Trudeau’s popularity dipping in the immediate aftermath of the revelations before recovering. Since then, however, surveys of public opinion show the Liberals will be lucky to eke out even a weak minority government and could lose to the official opposition Conservatives led by Andrew Scheer.

"We won't know the effect of the pictures until election day," said a senior Trudeau adviser. "People might decide that however much they support us, they can't vote Liberal because of this."

“Justin Trudeau has spent the last four years lecturing Canadians about social and diversity issues with a holier-than-thou attitude. There’s no way to spin hypocrisy. Canadians now realize that Justin Trudeau is not as advertised."

Scheer, the Conservative leader, said at a news conference on Sept 19 that Trudeau had not been sincere in his apology or fully truthful about his past. He cited a video in which Trudeau was captured dancing in blackface. Trudeau told reporters he had not remembered the 1990s incident.

“I think Canadians might have accepted Justin Trudeau’s apology if he hadn’t lied about it," Sheer said at the news conference. “I think he has lost the moral authority to govern.”

Inside the Trudeau camp, three people took charge of damage control: Former journalist Ben Chin, who had been chief of staff to the finance minister and was now in charge of messaging; Cyrus Reporter, a long-time Trudeau ally and former chief of staff when Trudeau was in opposition; and current chief of staff Katie Telford, one of his closest confidants.

Working with Ottawa-based officials, the trio were crucial in devising the response in the hours and days to come, the sources told Reuters. Chin and Reporter, brought on a few months earlier, both were experienced in crisis management.

The approach: Be open, remorseful and solicitous of questions from the public and the media. Take a break from campaigning-as-usual. And draw the air out of the issue as early as possible ahead of the Oct 21 election.

Scott Reid, chief spokesman for former Liberal prime minister Paul Martin, said the quick apology was the right track: “Waiting to compose your thoughts and seeing how the dust settles is evidence of people who are perhaps not thoroughly motivated by the right instincts.”

Cabinet ministers – including those from ethnic minorities – expressed disappointment with the revelations but pledged loyalty to Trudeau. Aides dismissed the idea that he was racist, noting he had been the driving force behind a decision to welcome around 40,000 Syrian refugees since taking power in November 2015.

But the crisis meant the Liberals had to temporarily toss their general-election playbook to the side. It had called for an aggressive campaign that painted the Conservative Party of Canada as a haven for racist, anti-gay and anti-abortion candidates while stressing measures to make life more affordable for Canadians.

That approach, the aides who spoke to Reuters said, had been intended to help the Liberals get around another obstacle: voter distrust after Canada's ethics watchdog formally reprimanded Trudeau and his top officials in August for inappropriately interfering in a corporate corruption case.

Trudeau’s plane took off for Winnipeg later that Wednesday, and according to one observer, he remained locked in conversation with Cyrus Reporter for much of the flight. Upon arrival, the prime minister and his team decamped to a different hotel than the traveling press corps and, unusually, had no communication with accompanying media for 12 hours.

For much of that time, Trudeau was in a room calling more Liberal parliamentarians and community leaders, said a Liberal aide familiar with the matter.

The aides decided to cancel a planned announcement on education that had been scheduled for the next day. Trudeau told aides he did not want to immediately pivot to a campaign announcement. “I don't want (speech) lines that say, 'I am very sorry for what happened, but here's something even more important,'" one person who helped draw up Trudeau's strategy recalled the prime minister saying.

His campaign news conferences usually run for 15 to 20 minutes, but that first day in Winnipeg, Trudeau overruled advisers, opting to speak at length in the middle of a public square "where we had no way of controlling who was present," according to one aide.

For nearly an hour, reporters aggressively quizzed Trudeau on his thinking when he wore blackface, on whether there were other similar incidents and if he planned to resign.

Standing in front of hundreds of spectators, Trudeau again apologized for his "massive blind spot" and appealed for forgiveness.

Back on the campaign plane, he headed to the western city of Saskatoon, a planned nighttime rally of Liberal supporters was canceled and replaced by a town hall where anyone could ask whatever they wanted.

"We couldn't do a triumphant rally that night. We didn't know how people felt," said one campaign team member.

"A rally would have been highly inappropriate – he was in the penalty box,' said another Liberal directly involved with the campaign, referring to the temporary punishment meted out to ice hockey players.

After two days of apologies, however, Trudeau was ready to go back on the offensive. He rattled off four major policies in just three days, including an announcement Sept. 20 on gun control in Toronto.

The next day, the front page of the Globe and Mail national newspaper led on the guns measure rather than the black-face images.

Nanos Research pollster Nik Nanos, who describes himself as unaffiliated with any political party, said the Liberals were lucky that there was still time for their poll numbers to rise.

"If this had happened in the last week of the campaign, we'd be saying Prime Minister Andrew Scheer,” Nanos said.