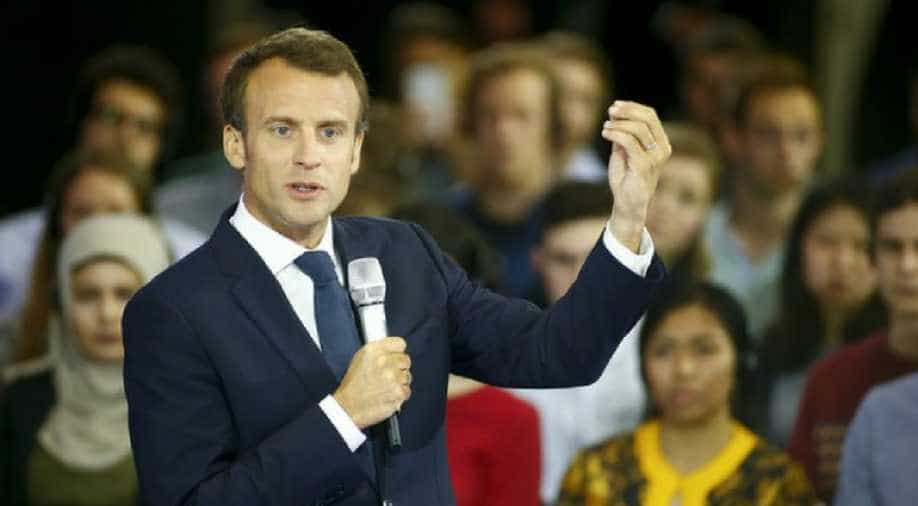 French President Emmanuel Macron has warned Europe of a return to the 1930s because of the spread of a nationalist "leprosy" across the continent, in an interview published Thursday.

He also warned that Europe risked losing its sovereignty if it is "pushed around by foreign powers."

"I am struck by similarities between the times we live in and those of between the two world wars," he told the newspaper Ouest-France, urging people to be aware of the threats.

"In a Europe divided by fears, the return of nationalism, the consequences of economic crisis, one sees almost systematically everything that marked Europe between the end of World War I and the 1929 (economic) crisis," the paper quoted him as saying.

"You must bear that in mind, be clear-headed and know how to fight back," he added.

Macron, who is about to start a week-long visit to north and eastern France to mark the centenary of the end of World War I, has recently criticised fellow European Union members for giving up on EU principles.

He has notably singled out Hungary and Poland whose nationalist governments have clashed with Brussels, as well as Italy which has a populist government including the far-right League party figures.

Looking ahead to his tour of World War I battlefields, the president said he was looking for the lessons of history, while seeking to promote "a more sovereign and multilateral" Europe.

"Europe faces a risk -- that of being broken up by nationalist leprosy and of being pushed around by foreign powers. And thereby losing its sovereignty," he said.

"That is to say having its security depend on US choices, having China play an ever greater role when it comes to essential infrastructures, and Russia sometimes tempted to try its hand at manipulation, and have financial interests and markets sometimes play greater roles than that of states."

Macron, who has been losing ground in the opinion polls, is attempting to position himself as the champion of centrist politics and multilateralism in the run-up to European parliamentary elections in seven months' time, saying he expects the duel to be one between "progressives" and "nationalists".

According to the latest Vivavoice poll, released on Tuesday, Macron has lost 10 points since August with his approval rating now at 26 per cent.

The poll, carried out between October 19 and 22, with a margin of error of between 1.4 and 3.1 per cent, also suggested that nearly two out of three people have a "poor opinion" of him.