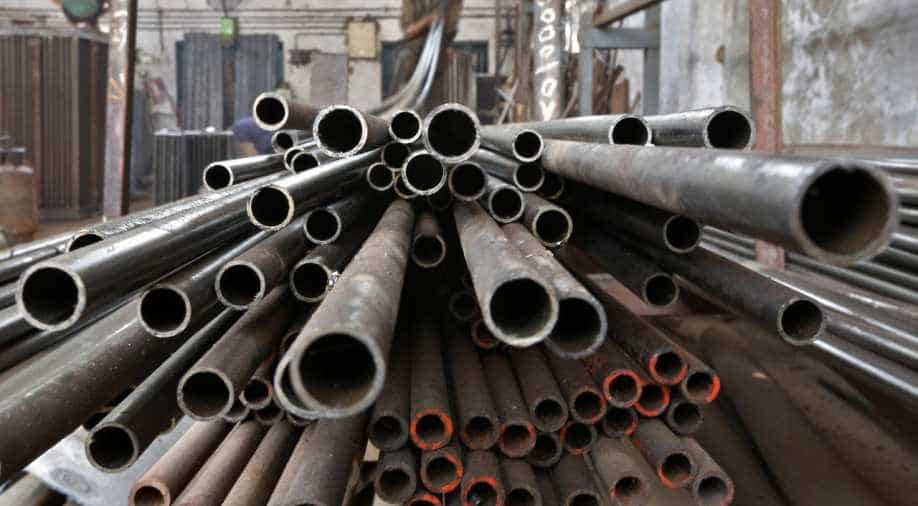 Traders said reduced prices had driven the purchases as Indian sellers sought to get rid of a surplus generated by the impact of COVID-19 on domestic demand and generate much-needed income.

India`s steel exports more than doubled between April and July to hit their highest level in at least six years, boosted by a surge of Chinese buying in defiance of tensions between Beijing and New Delhi.

Traders said reduced prices had driven the purchases as Indian sellers sought to get rid of a surplus generated by the impact of COVID-19 on domestic demand and generate much-needed income.

It was unclear whether the sales broke any trade rules, but the China Iron and Steel Association said in a statement it was monitoring them.

Leading Indian steel companies Tata Steel Ltd and JSW Steel Ltd were among Indian companies that sold a total of 4.64 million tonnes of finished and semi-finished steel products on the world market between April and July.

That compared with 1.93 million tonnes shipped in the same period a year earlier, government data analysed by Reuters showed.

Of the 4.64 million tonnes, Vietnam and China bought 1.37 and 1.3 million tonnes of steel respectively. The Chinese purchases are by far the largest since data was first collated in the current form beginning with the fiscal year April 2015-March 2016.

Neither Tata, JSW nor India`s ministries of steel and commerce responded to emails seeking comment.

Vietnam has been a regular buyer of Indian steel, but China`s emergence as a leading buyer, replacing New Delhi`s traditional markets, such as Italy and Belgium, is more surprising.

An already uneasy relationship between New Delhi and Beijing, became severely strained after violent border clashes in June, when 20 Indian soldiers were killed at the disputed Himalayan border.

New Delhi afterwards tightened rules to restrict Chinese investment in India and initiated measures to curb its trade with Beijing.

The politics is at odds with market realities.

Although China, the world`s leading steelmaker produces vast quantities, it needs imports as it ramps up infrastructure spending.

Two industry sources, asking not to be named because they are not authorised to talk to the media, said major Indian steelmakers offered a discount of at least $50 a tonne, selling hot-rolled coils and billets to China at $430-$450 per tonne against the $500 offered by most Chinese producers.

The China Iron and Steel Association official told Reuters it was paying particular attention to the imports of hot-rolled coils.

During the first four months of the 2020-21 fiscal year, China and Vietnam together bought close to 80% of India`s total hot-rolled coils exports, the data showed, while the product constituted more than 70% of India`s steel exports.

Ji Renjie, a general manager at China`s Ningbo Henghou Group said the company in May bought 30,000 tonnes of hot-rolled coils from India for July shipment and expected to take delivery of another cargo of a similar size in October. "I mainly do iron ore trades and just bought several cargoes of hot-rolled coils this year due to rosy profit margins," Ji told Reuters.

AM/NS India, the joint venture between ArcelorMittal and Nippon Steel <5401.T>, in an email also said China had been a big buyer, accounting for 35% of the approximately 0.5 million tonnes of hot-rolled coils it shipped between April and July.