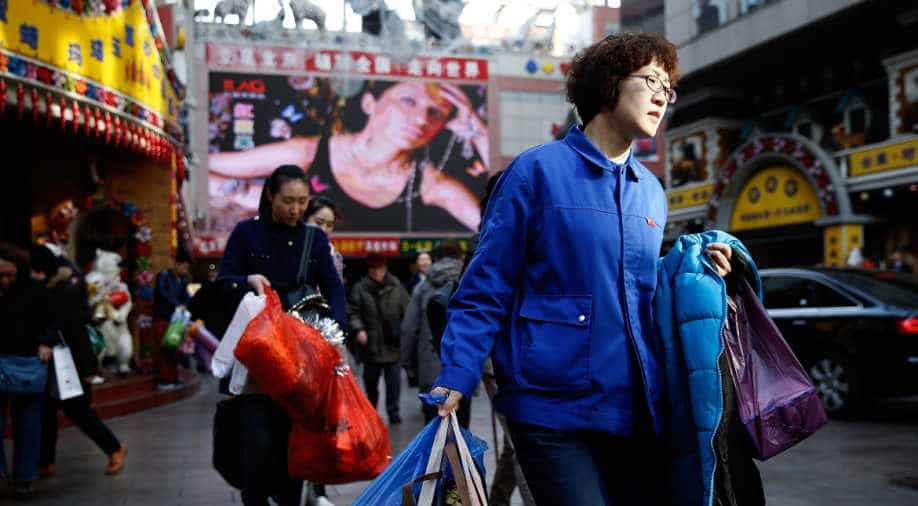 Xiao Jie, 59, is expected to maintain an expansionary fiscal policy and push reforms to put a lid on rising debt levels in the economy. Photograph:( Getty )

China appointed a new finance minister on Monday who is expected to maintain an expansionary fiscal policy and push reforms to put a lid on rising debt levels in the economy.

Xiao, 59, who is currently deputy secretary general of the State Council, replaces Lou Jiwei, who had served as finance minister since March 2013.

Xinhua did not say why Lou is stepping down, but analysts and policy advisors told Reuters that Lou has to retire as he is 65.

The reshuffle is expected to have little impact on fiscal policy, which is expected to be supportive in 2017 as the government leans more on increased spending and tax cuts to support growth, the analysts said.

China's current fiscal deficit target is 3 per cent of gross domestic product (GDP), up from an actual 2.4 per cent in 2015.

"The fiscal deficit is likely to expand further this year," said a government economist who declined to be identified because he was not authorised to speak to the media.

Some central bank officials have said China has room to raise its fiscal deficit ratio to between 4 and 5 per cent to more effectively boost the economy.

Policy insiders expect Xiao to continue fiscal reforms, but President Xi is seen as calling the shots in setting the key economic and reform agenda.

Top leaders and policymakers are expected to map out the agenda for 2017 at the annual Central Economic Work Conference, expected in December.

Risks posted by China's growing debt and red-hot property market have touched off an internal debate over whether China should tolerate growth as low as 6 percent in 2017 to allow more room for painful reforms.

Lou has been pushing fiscal reforms under which tight controls have been imposed on new local government debt issuance to help ward off financial risks following a borrowing binge since the global financial crisis.

Local governments have been allowed to swap high-cost maturing debt for lower-cost debt, under a programme that was kicked off in 2015.

China's overall debt has jumped to more than 250 per cent of GDP from 150 per cent at the end of 2006, the kind of surge that in other countries has resulted in a financial bust or sharp economic slowdown, analysts say.

Under the banner of prudent monetary policy, banks doled out a record amount of credit this year to support growth, but credit has been flowing into the property sector as the real economy weakens, and fuelled debt risks.

The IMF has warned that the high corporate debt ratio of 145 per cent of GDP could lead to slower economic growth if not addressed.

Last week, Lou said in written comments at a forum that China is actively pushing reforms on property taxes as it overhauls its fiscal system.

But policy insiders said the tax is unlikely to be rolled out any time soon due to debates on its economic impact.

China also named Chen Wenqing as the new chief of the secretive Ministry of State Security, as well as a new head of civil affairs, at the closing of a regular session of the standing committee of China's parliament.