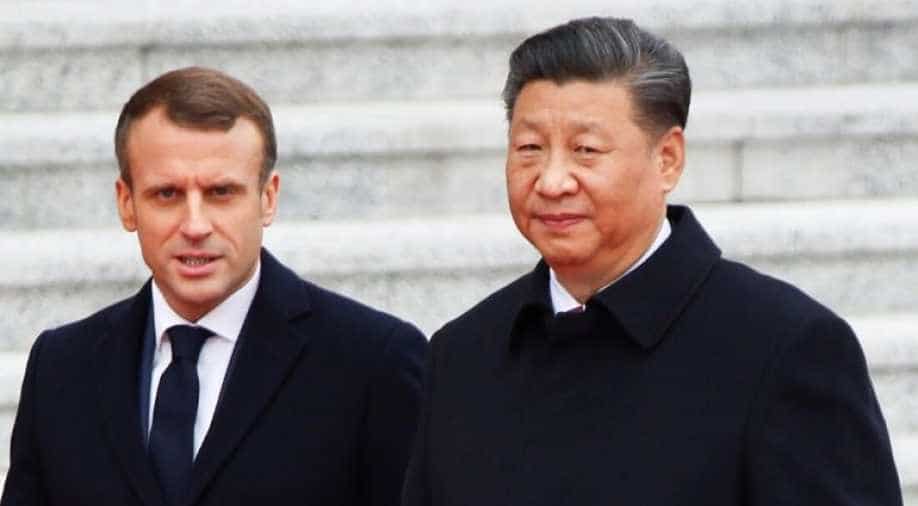 The Trump administration has already filed paperwork to withdraw the United States from the Paris Agreement on combating climate change.

French President Emmanuel Macron and Chinese President Xi Jinping on Wednesday issued a joint statement reaffirming their strong support for the "irreversible" Paris Agreement on climate change, from which the US announced its exit this week.

The two countries "reaffirm their strong support for the Paris Agreement, which they consider an irreversible process and a compass for strong action on the climate," the statement said.

The Trump administration has already filed paperwork to withdraw the United States from the Paris Agreement on combating climate change.

The US move is the first formal step in a one-year process to exit the global pact, part of a broader strategy by President Donald Trump to reduce regulation of American industry.

But scientists and many world governments are urging rapid action to combat the worst effects of climate change.

The vast majority of national commitments made in the 2015 Paris Agreement are not enough to prevent serious harm from global warming, scientists said in a new research report issued Tuesday.

China and France pledged at this year's G20 summit to "update" their contributions against climate change beyond their current ones to reflect "their highest possible ambition."

The 2015 Paris climate agreement encourages countries to make stronger pledges if they can.

Macron is travelling with a business delegation of 30 companies.

The French president is visiting China for the second time since he took office. During his last trip last year, he said Beijing's flagship "Belt and Road" project to develop global trade infrastructure should not be "one-way."

US crosses 400,000 COVID-19 fatalities as Biden pays tribute to victims