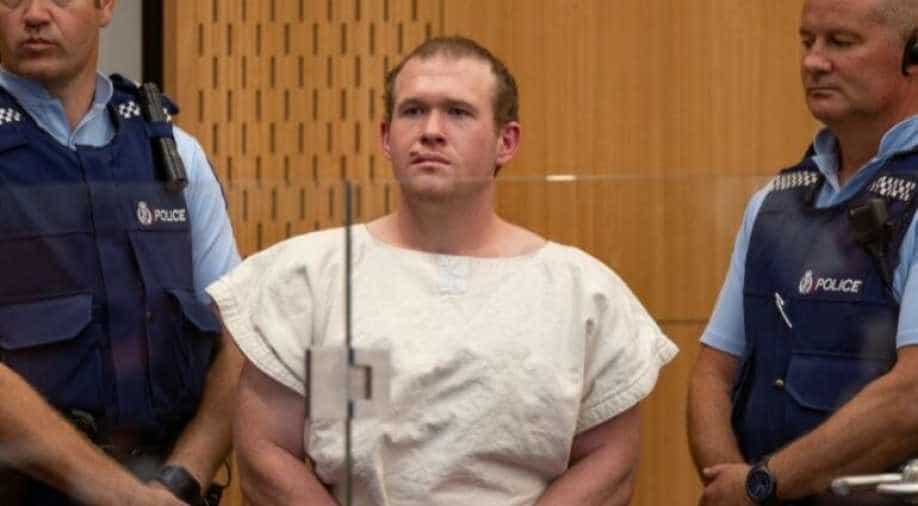 Brenton Tarrant, charged for murder in relation to the mosque attacks, is seen in the dock during his appearance in the Christchurch District Court, New Zealand. Photograph:( Reuters )

New Zealand site Newshub said the last two lines of the letter could be read as a call to arms but blanked out what it said.

The gunman accused of killing 51 people in New Zealand has handwritten a letter from jail expressing his political and social views, prompting Prime Minister Jacinda Ardern to say that should never have been allowed, media said on Wednesday.

The New Zealand Herald had an image of the six-page letter and envelope from the alleged mosque shooter, Brenton Tarrant, sent from Auckland Prison, which was posted online on the controversial imageboard 4chan.

It was said to have been in response to a letter sent to him by a person named Alan who is said to live in Russia.

"I think every New Zealander would have an expectation that this individual should not be able to share his hateful message from behind bars," Ardern was quoted telling reporters in Tuvalu, where she is attending the Pacific Islands Forum.

"Obviously, this is an offender who has a very specific goal in mind, in terms of sharing his propaganda, so we should have been prepared for that."

Prisoners are allowed to send and receive mail and prison directors can only withhold it in certain circumstances.

"We have made changes to the management of this prisoner's mail to ensure that our robust processes are as effective as we need them to be," New Zealand's Department of Corrections said in a statement quoted in the paper.

The letter mentioned a visit by Tarrant to Russia four years ago, media said.

New Zealand site Newshub said the last two lines of the letter could be read as a call to arms but blanked out what it said.

Tarrant, an Australian, pleaded not guilty to 92 charges stemming from the massacre at two mosques in Christchurch on March 15. He faces trial in May 2020.