With help from diaspora, Palestinians hope for Asian Cup surprise 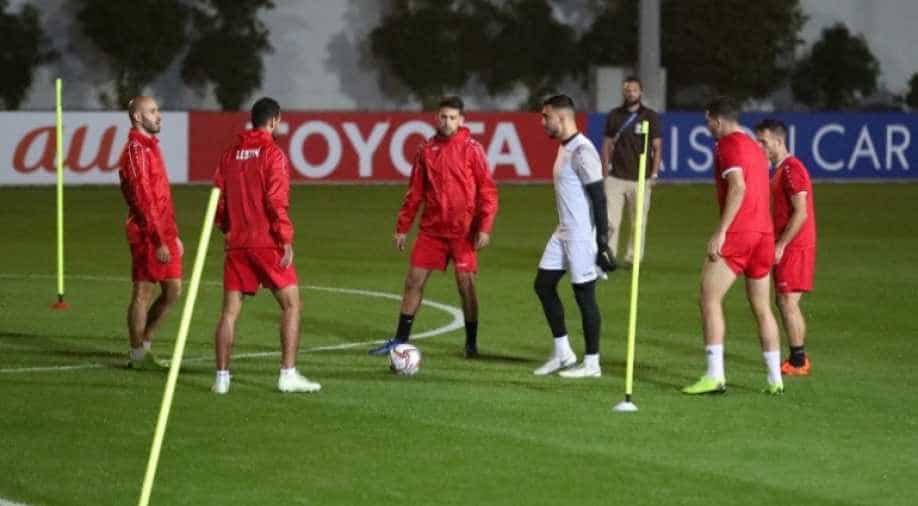 This year, with the help of several players from the Palestinian diaspora, they hope to do better.

The Palestinian football team are taking part in their second-ever AsianCup in the coming days, and team members born in various parts of the world are hoping to spring a few surprises.

The team qualified four years ago for the first time but crashed out in ignominious fashion, losing all three games to an aggregate score of 11-1.

This year, with the help of several players from the Palestinian diaspora, they hope to do better.

Around five million Palestinians live in the blockaded Gaza Strip and occupied West Bank, but around another six million are estimated to live elsewhere.

Chilean defender Alexis Norambuena said the players speak in a mix of languages to understand each other.

"Football is a way to give some joy to the people and for us to represent them in this cup that is quite important for the country," he said.

"We aim to represent them and give them enough joy so the people can be entertained a bit."

The tournament begins in the United Arab Emirates on Saturday.

Back home in the West Bank, football lovers are also willing their players on to new heights.

At a recent second division league game, player Sameh Sheikha told AFP that the team's participation "represents a country at a time when we are still living under occupation."

"We hope the team achieves good results this time, because the team has become stronger than before," he said.

There are perhaps cautious reasons for optimism.

Despite being made up of mostly amateurs, the team beat Bhutan 10-0 on aggregate to qualify for the tournament.

This and other good results saw them rise to a record high 75th in the FIFA world rankings, though they have since slipped back to 99th.

Palestinians say that Israeli restrictions on players' movements limit potential, whether that means checkpoints in the West Bank or the blockade on Gaza, where Israel and Hamas have fought three wars since 2008.

Sport is also an area where Palestinians seek to advance their cause.

Their football federation has been a member of FIFA since 1998 and plays in the Asian Football Confederation.

The Palestinians were also granted the status of UN non-member observer state in 2012.

This year's Asian Cup side has a little more of an international feel.

They are led by an Algerian coach and among those donning the red jersey in the Emirates is Yashir Pinto, a Chilean who qualifies for the team due to his Palestinian ancestors.

Another Chilean with Palestinian roots on the team, Jonathan Zorrilla Cantillana, said "I think we are preparing in a very good way and we will try to create a surprise, to surprise them with the training we got here, and I think we will arrive well prepared at the cup."

The bookkeepers still see Palestine as very much outside shots.

While regional giants Japan, South Korea and Iran are again among the favourites, Palestine have odds as high as 2,000 to one.

Their group is also a little daunting, with a game against Jordan followed by matches against group favourites Australia and Syria.

Yet while few expect them to have any chance of coming home with the cup, in the Palestinian territories there is optimism.

"The national team is a source of pride, and it is competing at the Asianlevel. This confirms the progress of the level of our sport," said Mohamed Sulaiman, a football coach in the West Bank city of Ramallah.

"Our team is strong and we hope we can achieve something."

In Qatar, Norambuena said "it's very nice to have these days to get to know each other more and we hope this will help us do good in this cup."