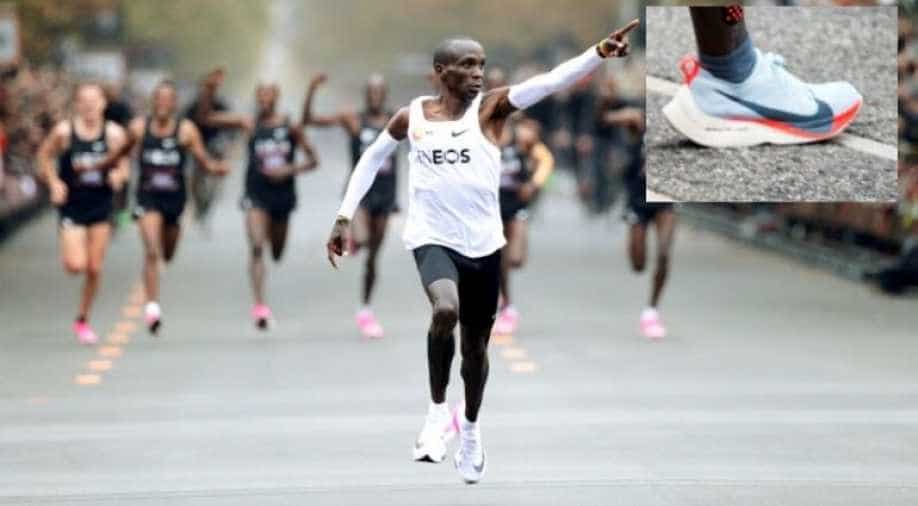 Nike's shoe has a 1.4-inch sole, higher the sole more the efficiency, whereas other shoes have a sole thickness of 1 inch.

Nike's Vaporfly shoes are making headlines for all wrong reasons for its "unfair technology" that supports athletes during sprints.

Nike said on its website that the shoe, which retails at around $250, has "a built-in secret weapon".

Also read- Quitter's day! Study reveals people are likely to give up on their New Year resolutions on January 19

Independent studies have concluded that the shoes, which has a curved, carbon-fibre plate embedded in a thick layer of lightweight foam, improves metabolic efficiency by 4 per cent, though that does not necessarily mean a runner will be 4 per cent faster.

Nike's shoe has a 1.4-inch sole, higher the sole more the efficiency, whereas other shoes have a sole thickness of 1 inch.

A working group at governing body world athletics has been examining for months on what to do about the hyper-advanced footwear, used by elite runners including Kenya's Eliud Kipchoge and Brigid Kosgei who gave stunning performances last year.

World Athletics' current rules say running shoes can't provide any "unfair assistance or advantage" and they should be available for all.

Laurues Award nominee Eliud Kipchoge broke the record in the Berlin Marathon in 2018. He wore the Vaporfly prototype.

“I run to prove to any human in this universe that there are no limitations.” @EliudKipchoge

Brigid Kosgei beat the previous record by just 81 seconds in 2019. She ran in the Chicago marathon. She was clocked at 2 hours, 14 minutes and 4 seconds. She wore the infamous Vaporfly.

If it hasn’t been done before, it’s yours to claim.

Brigid Kosgei becomes the fastest woman in history to run 26.2 miles with a time of 2:14:04. Congrats on your World Record and second consecutive victory at the Bank of America Chicago Marathon. #justdoit #chicagomarathon pic.twitter.com/7wQYJvCRWx

Shares in the Oregon-based firm were up 0.5 per cent, while those in rivals Under Armor and Skechers USA gained about 1.5 per cent. Japan's Asics corp. earlier closed up 2.5 per cent.