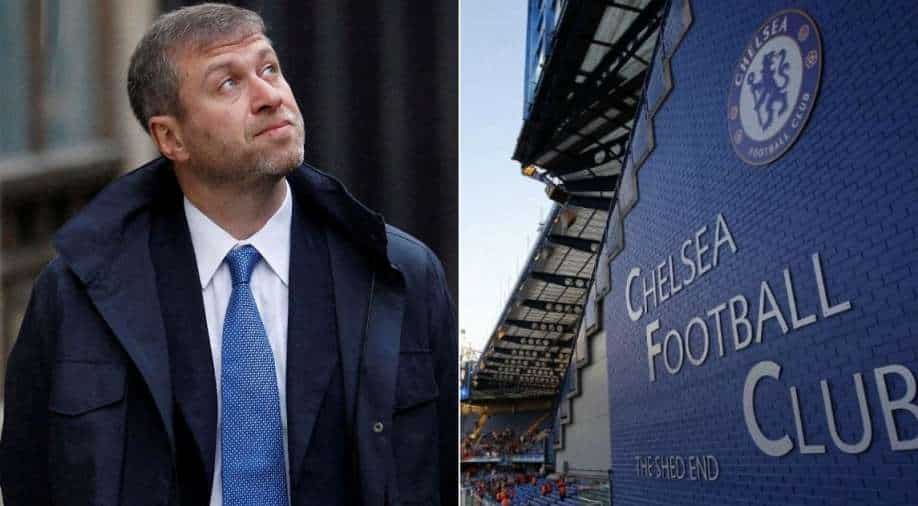 Thomas Tuchel admitted he cannot imagine life without Roman Abramovich after the Russian billionaire's stunning decision to put Chelsea up for sale.

Abramovich has come to the "incredibly difficult" conclusion that he must sell Chelsea amid the political fall-out from Russia's invasion of Ukraine.

The 55-year-old revealed the shock news less than an hour before Chelsea kicked off in their 3-2 FA Cup fifth-round win at Luton on Wednesday.

He hired Tuchel in January 2021 and was in Abu Dhabi recently to watch as Chelsea won the Club World Cup for the first time, having already lifted the Champions League and UEFA Super Cup in the German's reign.

But the Abramovich era at Stamford Bridge is coming to an abrupt end due to the war in Ukraine.

Abramovich reportedly opted to sell Chelsea amid fears he could come under British government sanctions given his alleged links to Russian President Vladimir Putin.

With a consortium of billionaires already making their interest in a deal public, Abramovich set his asking price for Chelsea at a reported £3 billion ($4 billion) and pledged to give the net proceeds to victims of the Ukraine conflict.

Swiss tycoon Hansjorg Wyss and American investor Todd Boehly, a co-owner of the Los Angeles Dodgers baseball team, are understood to be two of the parties joining forces to bid for the Blues.

Tuchel and his players only learned of the oligarch's decision to sell up shortly before the Luton match.

And he conceded he needed time to get to grips with the seismic changes on the horizon in the post-Abramovich world.

"It's a bit too early to speak, because I can only think about Chelsea with Roman Abramovich. So it's very hard for me. It hasn't sunk in yet that this is going to stop. It's a massive change of course," Tuchel said.

Asked if the bombshell announcement had rocked his players given their creaky display for long periods against second tier Luton, Tuchel said: "They have internet connections, they watch TV so of course they knew, they get messages. But still we focused in the preparation only on sports.

"And maybe some players are more affected, some less, but in the end we managed to focus, grow into this game and find the key to win it."

Tuchel is well aware the impending regime change could lead to all manner of issues in the future.

Publicly at least, he remains calm and insisted the sale will not be a problem as his main focus remains on the players and his staff.

"I don't think I need to talk about it, I don't know as much as maybe you think. I'm not a CEO or member of the board. So, I'm very sure the club will speak to us and the players," he said.

"I'm not so much worried because I still feel privileged and in a good place. And I still hope and trust for the best. I'm not so much the person who worries about things I cannot influence.