This won't be solved if you keep dragging it: Shahid Afridi reacts to BCCI vs Virat Kohli captaincy saga 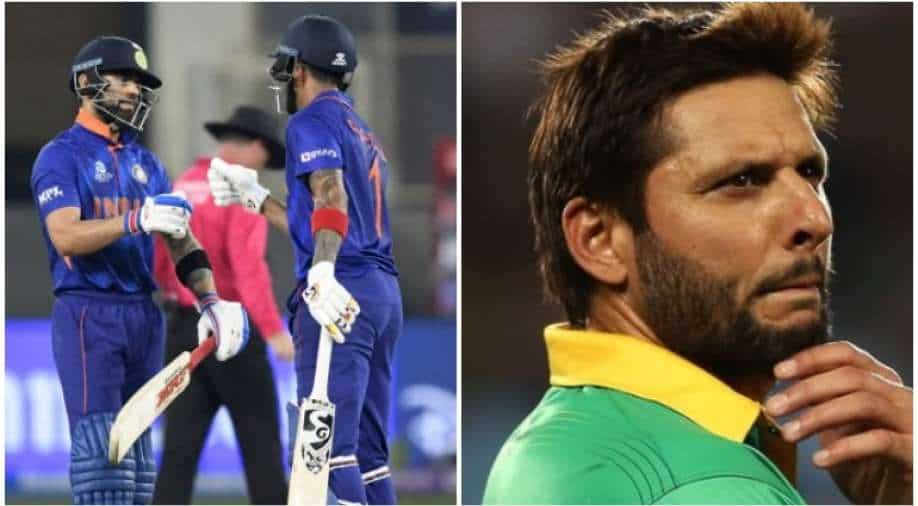 A lot has transpired in Indian cricket recently. Following Virat Kohli's sacking as the ODI captain, with Rohit Sharma being named as the limited-overs skipper, the 33-year-old Kohli's explosive presser before India's departure for South Africa left many shellshocked.

Kohli denied being asked by Sourav Ganguly to reconsider his decision of quitting as T20I captain and even told that he had no prior communication with the board or selectors being his sacking as 50-overs skipper. In addition, he rubbished claims made by a board member that he was willing to skip the SA ODIs due to personal reasons. Hence, Kohli vs BCCI row has been much-talked about in recent times.

Former Pakistan captain and all-rounder Shahid Afridi has opened up on the entire controversy and feels it could've been handled in a better way.

ALSO READ | IPL 2022 in 3 cities? BCCI to discuss Plan B with all franchises as Omicron threat looms large in India

Afridi, speaking to Pakistani news channel Samaa TV, said, "This could have been handled in a better way. I always feel that the role of a cricket board is very important; it plays the role of a father. Whatever future plans a selection committee of a board has regarding a player, it communicates those plans to that player, like, 'Look, we have these plans, what are your plans? We want to do this and as a board, we see benefits from doing this."

He added, "If you communicate these things via media, there will be issues. Talk face-to-face, and we might have solutions. This won't be solved if you keep dragging it. There should be no communication gap between players and PCB, or any board for that matter."

At present, Ganguly has made it clear that BCCI will not react to Kohli's presser in a flash and do it at the right time. On the other hand, Kohli-led Indian team is in South Africa for the three-match Test series in the African nation. The first Test will get underway on December 26 in Centurion.