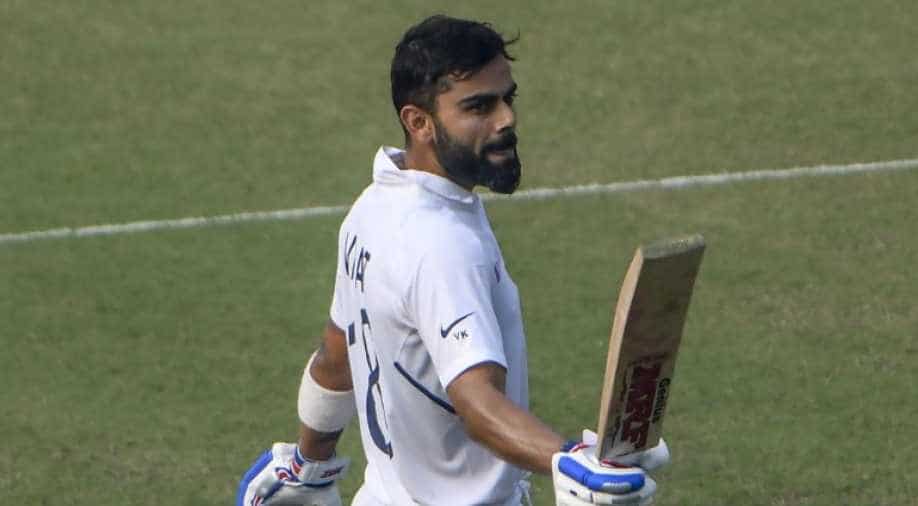 After taking a fifer in the first innings, Ishant Sharma was once again the star of the bowling as he took four wickets and is set for another five-wicket-haul.

The Indian team is on the verge of 12th consecutive Test series victory at home after skipper scored a commanding ton which was later backed by yet another day of quality fast bowling.

At stumps on Day 2 of first-ever pink-ball Test between both nations, Bangladesh were struggling to avoid defeat by an innings with a score of 152 runs. Bangladesh are still trailing by 89 runs and have only four wickets left with them.

After taking a fifer in the first innings, Ishant Sharma was once again the star of the bowling as he took four wickets and is set for another five-wicket-haul.

At one stage, India looked to end match on the second day itself when Bangladesh lost four wickets in less than seven overs.

However, Mushfiqur Rahim and Mahmudullah's 120-run partnership delayed of what seems like another humiliating loss for visitors. The partnership looked threatening when Mahmudullah pulled up his hamstring while attempting a sharp single and was retired hurt.

The day ended after Umesh Yadav dismissed Taijul Islam, his second wicket of the innings. Rahim is still batting on 59.

Earlier, India declared on 347-9 after Virat Kohli scored his 27th hundred and ensured that India gained a decisive lead against the visitors. This was the 20th ton of Kohli as skipper and an incredible catch by concussion substitute Taijul Islam ended Indian skipper's innings at 138.

Kohli was ably supported by Ajinkya Rahane, who scored a half-century and the duo put on a crucial partnership of 99 runs. After the loss of Kohli and Rahane, India lost few quick wickets before wicketkeeper-batsman Wriddhiman Saha and Mohammed Shami hit few boundaries to take India a tad under 350.

The highlight of Kohli's innings was when he smashed Abu Jayed for four consecutive boundaries before finishing his innings with 18 fours.

On day 1, Bangladeshi batsmen went down like ninepins against lethal pace bowling led by Sharma who picked up five wickets.

This is the first pink-ball Test played by either of the sides at Eden Garden in Kolkata.