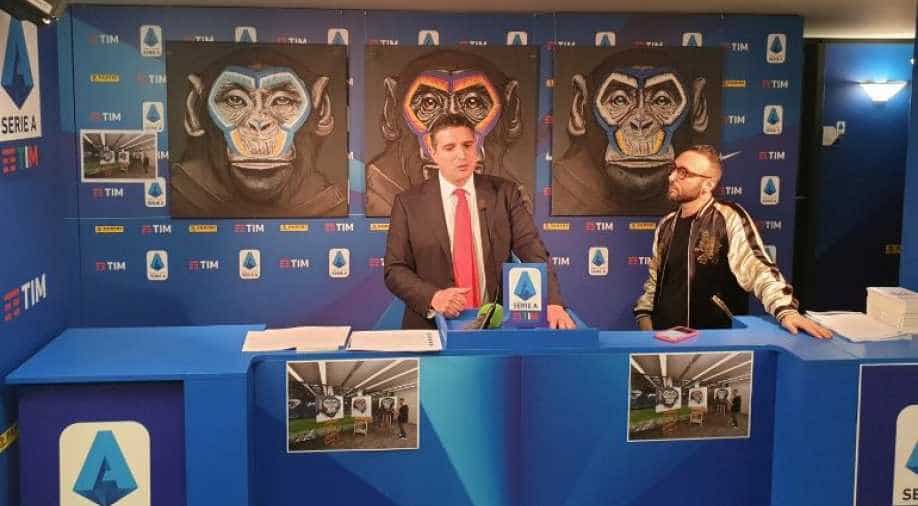 Italy's Serie-A chief has apologised for the ape artwork used for its anti-racism campaign which has been widely criticised.

"We realised it was inappropriate," the league's chief executive Luigi De Siervo said in a statement on Tuesday.

Italian clubs AS Roma and AC Milan have criticised the choice of imagery that the league initially said: "aims to spread the values of integration, multiculturalism and brotherhood".

Fugazzotto, who uses apes in much of his work, defended his creation, saying "we are all monkeys".