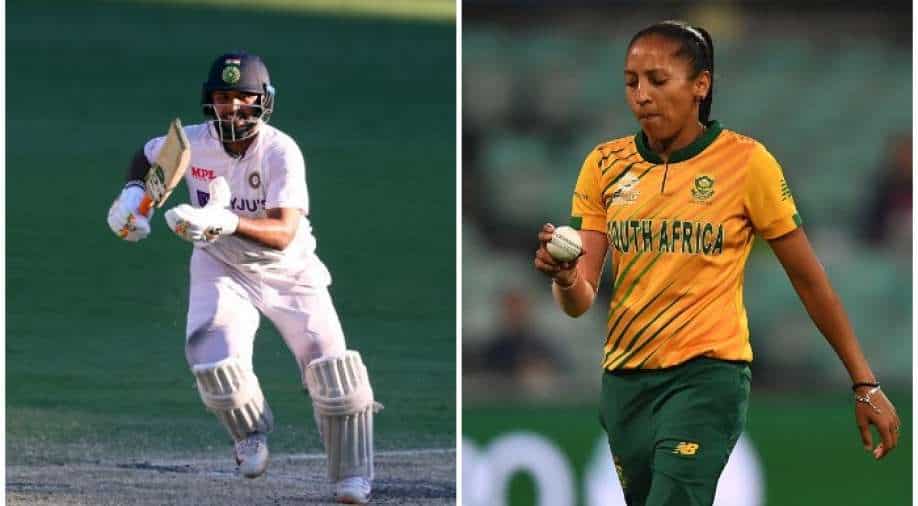 The International Cricket Council (ICC) on Monday announced the winners of the inaugural ICC Player of the Month Awards which recognise and celebrate the best performances from both male and female cricketers across all forms of international cricket throughout the year.

The International Cricket Council (ICC) on Monday announced the winners of the inaugural ICC Player of the Month Awards which recognise and celebrate the best performances from both male and female cricketers across all forms of international cricket throughout the year.

India’s Rishabh Pant won the ICC Men’s Player of the Month for January 2021 for his performances in the two Tests against Australia where he scored a 97 at Sydney and an unbeaten 89 at Brisbane that led India to a historic series win against arch-rivals Australia.

South Africa’s Shabnim Ismail was named the ICC Women’s Player of the Month for January 2021 for her performances across three ODIs and two T20Is during the month. Ismail took seven wickets in the victorious ODI series against Pakistan, before taking five wickets in the second T20I against the same opposition.

Fans were treated to some sensational cricket during the month of January making the inaugural player of the month awards a highly competitive affair.

Commenting on Pant being awarded the inaugural ICC Men’s Player of the Month Award, Ramiz Raja representing the ICC Voting Academy said: “Both times Pant played under pressure in two different sets of challenges: to draw a game and to win a game. He showed his versatility of skills in both knocks, the clincher being his temperament.”

Commenting on Ismail’s inaugural ICC Women’s Player of the Month Award, Mpumelelo Mbangwa representing the ICC Voting Academy said: “Ismail reached a hundred T20I wickets in their series against Pakistan. She leads the way and is the first South African to reach the milestone. With her pace and aggression, she continues to lead the South African women’s team’s bowling attack admirably. She is a joy to watch in action.”

Reacting to her award win, Shabnim Ismail said: “Winning the ICC Women’s Player of the Month in January just shows that all the hard work I put in during the lockdown has paid off for me. This accolade would not have been possible if it were not for my teammates and I am grateful and thankful for all your support. Also, to all my fans and friends all around the world thank you very much for the vote, it really meant a lot to me. And lastly, a special thanks to also my family who have been there for me and supported me all through the way.”

Commenting on his award win Rishabh Pant said: “I am delighted to be receiving the inaugural ICC Men’s Player of the Month Award. For any sportsperson, contributing to a team win is the ultimate reward but such initiatives help motivate youngsters such as myself to do better each time. I dedicate this award to every member of Team India that contributed to our victory in Australia and also thank all my fans who voted for me.”

Fans can continue to vote every month for their favourite male and female cricketers across all formats of international cricket as part of the ICC Player of the Month initiative by registering on the www.icc-cricket.com website.