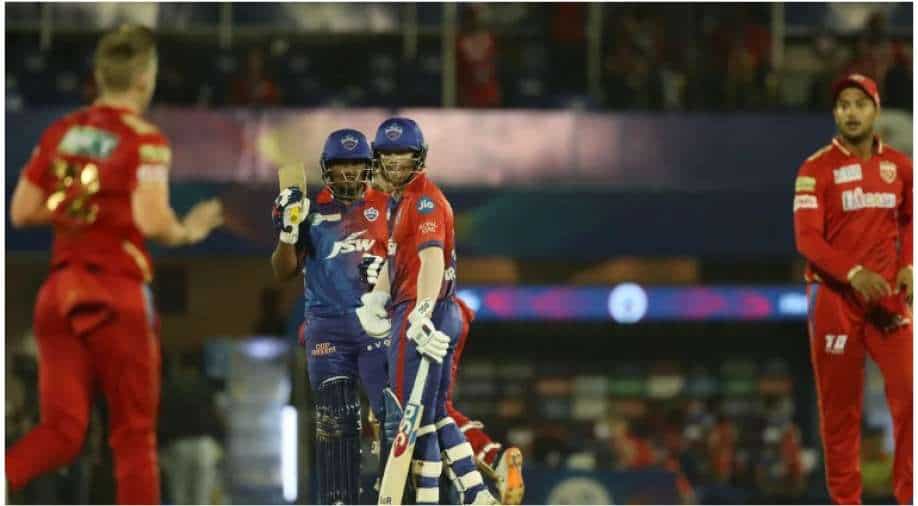 DC vs PBKS: Match 64 of the IPL 2022 edition will see a tough battle between Rishabh Pant & Co. and Mayank Agarwal-led Punjab outfit.

Match 64 of the IPL 2022 edition will be held between Punjab Kings (PBKS) and Delhi Capitals (DC) at the Dr. DY Patil Sports Academy, Mumbai on Monday evening (May 16). The clash holds utmost significance in the league stage with regard to the remaining three playoffs spot.

Both Delhi and Punjab are tied at 12 points. With Lucknow Super Giants (LSG) and Rajasthan Royals (RR) very much certain to take the second or third spot and join Gujarat Titans (GT) in the playoffs, the fourth spot remains wide open. While Royal Challengers Bangalore (RCB) have 14 points and are also close to confirming a berth, DC and PBKS are far from being out of the race. If the winner of Delhi-Punjab goes on to win their remaining game as well, they can move past RCB to take the fourth spot.

Talking about the last face-off between both teams, it saw a spirited show from Rishabh Pant & Co. They faced each other in match 32 whereas Kuldeep Yadav-Axar Patel's two scalps each rocked Punjab as they were bundled out for a paltry 115 after being asked to bat first. In reply, Prithvi Shaw and David Warmer (60 not out) propelled Delhi to a massive nine-wicket win.

Match prediction for Punjab vs Delhi encounter: 10 out of the 18 games have been won at this venue by batting second. Hence, chasing remains to be the top priority and in a must-win game for both sides, Mayank and Pant will fancy their team's chances of knowing the total and planning a chase accordingly (so far, DC have won 4 out of 6 while chasing, PBKS have won 4 while defending). Expect a run-scoring game with it to go down to the wire.