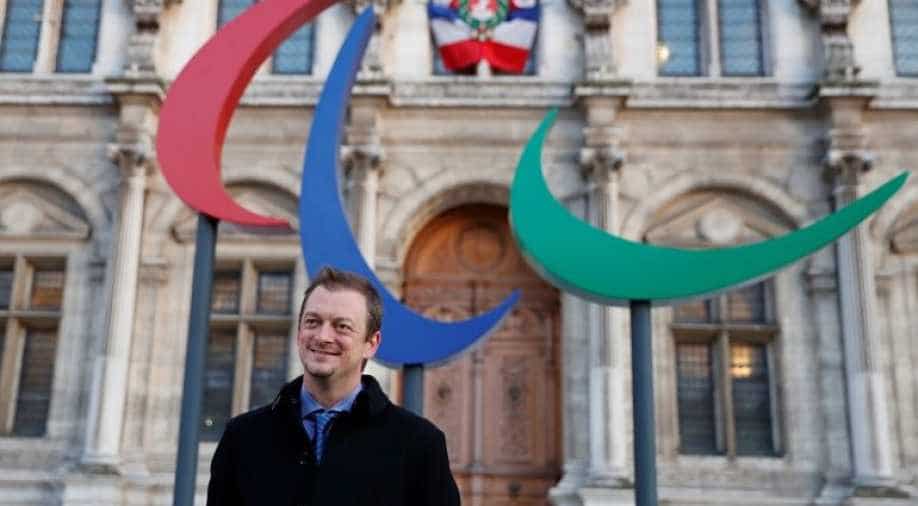 Paralympics boss Andrew Parsons expressed disgust on Tuesday that Russian authorities had let down the country's clean athletes, after the World Anti-Doping Agency banned Russia for four years from major events, including the Tokyo Olympic Games.

WADA's executive committee acted on Monday after concluding that Moscow had planted fake evidence and deleted files linked to positive doping tests in laboratory data that could have helped identify drug cheats.

"Of course, we are disgusted with the fact that you have authorities tempering data," Parsons, a Brazilian, told Reuters in Tokyo on Tuesday.

"We were working really closely with the Russian Paralympic Committee for years now; from the point where we went with a blanket ban in the build-up to Rio (2016 Games), to the provisional reinstatement announced this year."

"So, to think that authorities let their athletes down, it is really disgusting. I think that is the right word.”

Whereas Wada is taking the lead this time, during the previous Russia ban in 2016 the International Paralympic Committee (IPC) had taken its own decisions on whether to allow Russian athletes to compete.

The ban comes as a huge blow to Russian pride and President Vladimir Putin said on Monday that Moscow might appeal the decision, as is their right within 21 days.

WADA's decision does leave the door open for "clean" Russian athletes to compete as individuals in Tokyo without their flag or anthem, as was the case when Russia was banned from the 2018 Pyeongchang Winter Games.

Although Parsons said any such decisions had to wait until after a possible Russian appeal, he appeared to agree that clean athletes shouldn't be punished.

"What we definitely want is for the guilty people to be punished in the hardest possible way," he said.

"This most probably doesn’t mean athletes.”

The decision not to impose a blanket ban was not uniformly welcomed. Travis Tygart, head of the United States Anti-Doping Agency, said the decision had only "emboldened Russia".

However, Ian Chesterman, the Australian Olympic Committee vice-president who will lead the Australian team at the Tokyo Olympics next year, said that WADA had sent a "powerful message" with the unprecedented ban.

"Every athlete deserves to compete with the confidence they are competing in a clean and fair environment. The fact that this was a systematic attempt to undermine fair sport makes it all the more galling and all the more offensive," he said.

Tokyo 2020 gave a lukewarm response to the news on Monday but the organising committee's president Yoshiro Mori appeared to suggest clean athletes should be allowed to compete, instead of blaming the greed of coaches.

"Unfortunately, I have to say it is more the coaches than the athletes themselves who lack in the awareness," NHK reported Mori as saying whilst at the UN General Assembly in New York.

Coaches were driven by their athletes breaking records and increasing their winnings, he said.