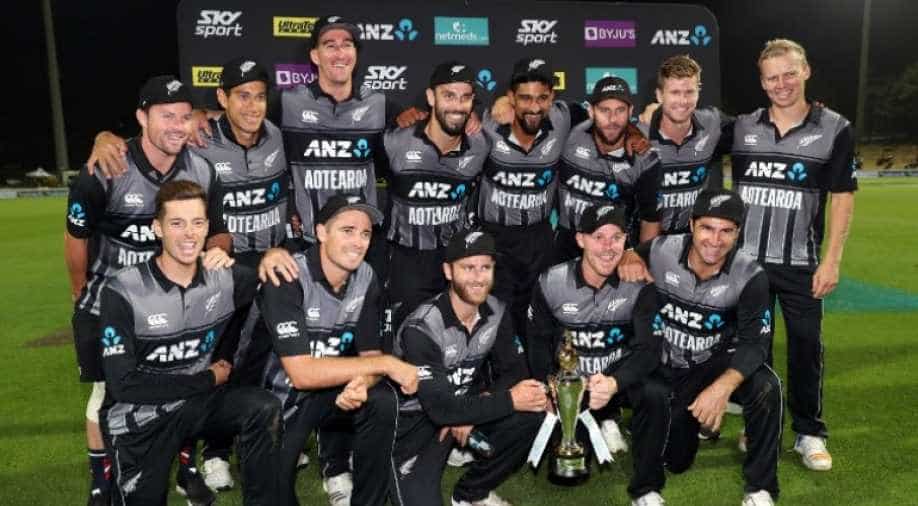 The hosts were sent in to bat first and made 212 for four, with Colin Munro making 72 off 40 deliveries.

For his crucial contribution, Munro was given the player of the match award.

"Didn't really focus on trying to do anything different, tried to put pressure back on the bowlers. Just came out nice and free, had a bit of luck, which you certainly need in this match," said Munro.

Tim Seifert is named the #NZvIND T20I Player of the Series after finishing as the top run-scorer, with 139 runs at a strike rate of 173.75 at the top of the order 🙌 pic.twitter.com/B6IT66qXtR

"Great to have a performance like that, but it's great to get a victory, particularly a last-minute one like that," said Seifert.

"It's awesome in my hometown, that the crowd have come out in full support - hopefully they do so for the Super Smash final as well," he added.

The Blackcaps hold off India despite a late charge from Krunal Pandya and Dinesh Karthik to win by four runs in Hamilton.#NZvIND scorecard ➡️ https://t.co/Prav9ucvl2 pic.twitter.com/Udx6Y6MNIE

India were 208 for six at the close of their 20 overs. Vijay Shankar top-scored for the visitors with 43.