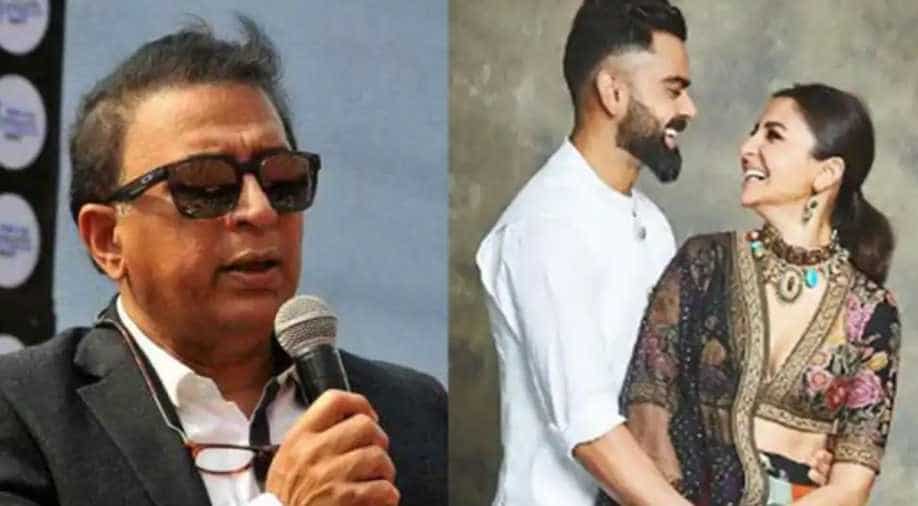 However, Gavaskar’s comments was not taken well by Kohli and Anushka’s fans as they slammed the former Indian captain on social media platform Twitter. While Kohli dropped two easy catches of centurion KL Rahul in the match, he failed to make a mark with his willow and was dismissed off just one run.

Gavaskar during the match allegedly said: “Inhone lockdown me to bas Anushka ki bowling ki practice ki hain". (Virat Kohli has only trained against Anushka’s bowling during the lockdown).

ALSO READ: Have to take the brunt of it: Virat Kohli reacts to RCB's crushing defeat to KXIP in IPL 2020

Here is the video. He did not say anything double meaning at the first place. pic.twitter.com/TqyI2PJVtd

#AnushkaSharma sends out a message to veteran cricketer #SunilGavaskar after his remark on #ViratKohli’s performance during the #IPL game last night. pic.twitter.com/NityLDuNRl

The remark was made keeping the viral video of Kohli playing cricket with Anushka during the lockdown but the interpretation from Twitterati varied from person to person.

The comment was deemed ‘disgusting’ by some fans on social media as many admitted to being shocked by the Gavaskar’s choice of words. However, many have defended Gavaskar by saying that the former Indian batsman was misquoted by social media users.

Comment by Sunil Gavaskar on @AnushkaSharma is extremely disgusting.
She is pregnant guys. She has nothing to do with all this. Trolling, abusing and circulating mems about her at this time is seriously disgusting.
#AnushkaSharma

That was absolutely classless and below the belt by Gavaskar!

Gavaskar should stick to english commentary rather than hindi imo.

To those who are defending Sunil Gavaskar...Just a simple thing do commentary in Cricket and talk about cricketers and their bad performances, why to drag their family members at all. Hope @BCCI @SGanguly99 should take strict action against this. @imjadeja @imVkohli https://t.co/pDp4sUg3Pc

Meanwhile, Kohli took the defeat on himself as he said those two dropped catches helped KXIP post mammoth 206 runs on board.

"I have to stand in front and take the brunt of it, not the best day in the office, couple of important chances of KL when he was set and that cost us 35-40 runs at a later stage. Maybe if we restricted them to 180 we wouldn't have been under pressure from ball one of the chase. We know exactly where we went wrong and I have to put my hand up and say a couple of important chances went down," said the 31-year-old.