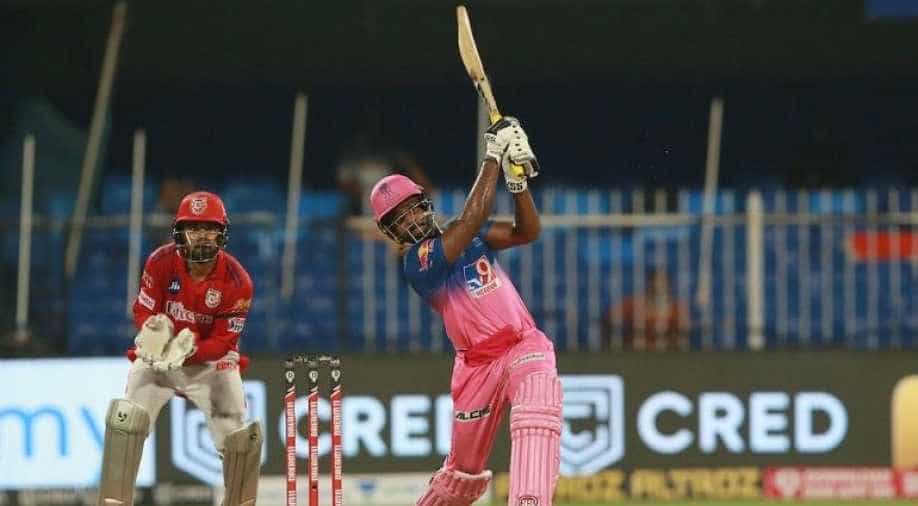 The Royals have broken their previous record of the highest successful run chase in IPL history after clinching this match in the final overs.

Rajasthan Royals beat Kings XI Punjab in a high scoring thriller at Sharjah on Sunday. The Royals have broken their previous record of the highest successful run chase after clinching this match in the final overs.

Rajasthan won the toss and chose to field first. But the decision did not go as planned in the beginning after KL Rahul and Mayank Agarwal put up 183 runs of opening partnership for KXIP. Agarwal scored a century. Pooran's final over hitting helped KXIP pose a mammoth total of 223.

Rajasthan was off to a shaky start as they lost Buttler on single digit. However, a quick partnership between skipper Smith and Samson helped Rajasthan stay in the game. But Kings XI were relieved after Smith's dismissal. Tewatia came into the strike and was struggling to score runs. Samson's wicket out on some extra pressure on RR. But Tewatia smashed five sixes of Cottrell's over to close into a massive victory. He went on to smash two more sixes in Shami's over. Tewatia was 8 off 19 balls at one stage but he went on to score 50 in just 30 balls.

Samson was adjudged the man of the match for his innings.

Rajasthan are second on the table after the win, whereas, KXIP have slipped to third.