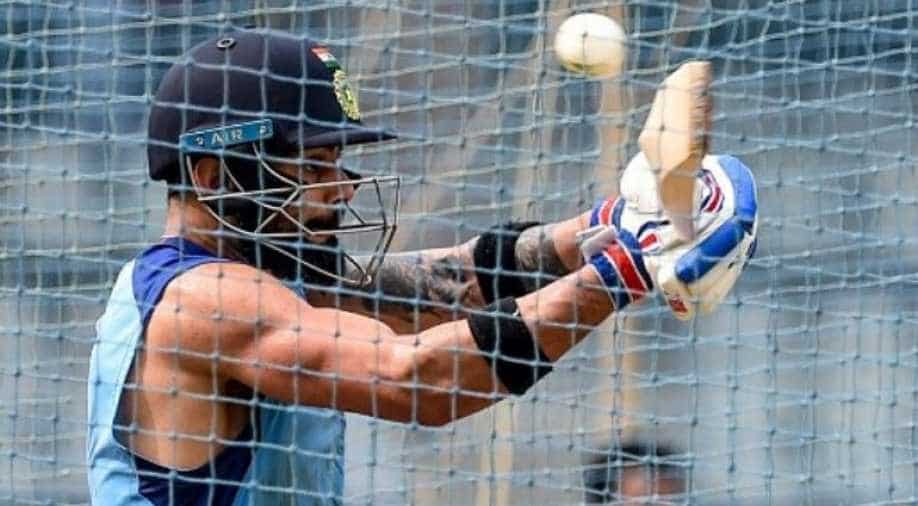 Virat Kohli as a captain has scored 20 Test centuries and 21 ODI centuries.

Virat Kohli has been India's leading run-scoring machine in the past decade. The Indian skipper is set to face Australia for the first One Day International at Wankhede Stadium, today.

The 31-year-old closes onto another Indian record held by Sachin Tendulkar if the Captain scores a century in this match he will equal the Master Blaster's record of most centuries in the ODI's at home.

Sahin Tendulkar has scored 20 centuries in India, whereas Virat Kohli has scored 19 of those. Virat has just scored one century at the Wankhede stadium in ODIs, where he scored 121 runs off 125 balls against New Zealand in 2017.

Virat has scored a Test double (235) against England in 2016. Sunil Gavaskar holds the record for most centuries (5) on this ground.

Apart from this Indian record, a world record is on the verge to be broken. Kohli has already equaled Ricky Ponting's record (41) for most centuries by a skipper across all formats. If the Indian Captain scores a century he will go past Ponting and also become the fastest to do so.

Last time Virat scored a century was in the 'Pink-ball Test' against Bangladesh at Eden Gardens, Kolkata in November 2019.

Virat Kohli as a captain has scored 20 Test centuries and 21 ODI centuries.

Virat Kohli's Test average is 54.97, his average as a captain is significantly higher at 63.80.

Indian Skipper will look forward to breaking these records as well as winning the series against the Aussies.