IND vs SA prediction: Who will win 3rd T20I between India and South Africa in Visakhapatnam 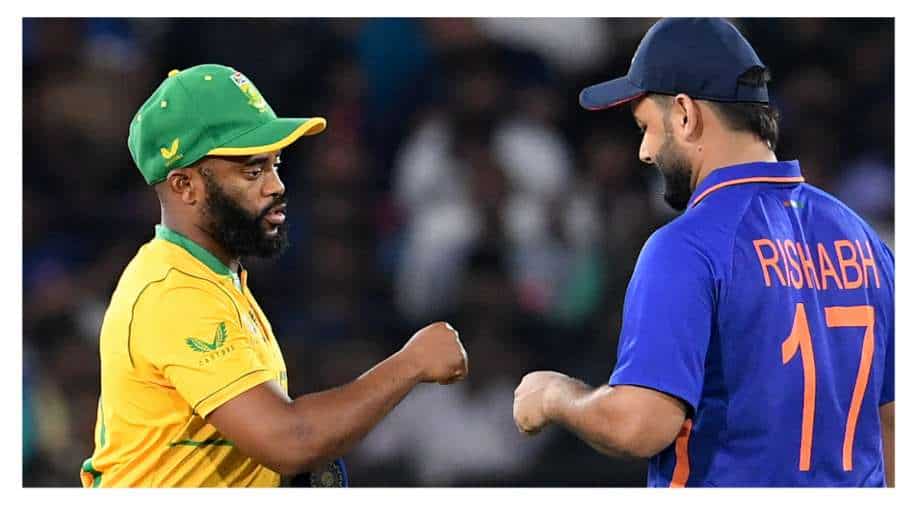 Team India will lock horns with South Africa in the third T20I in Visakhapatnam with an aim to keep the five-match series alive. Here's the match prediction for the encounter:

Rishabh Pant-led India will square off with Temba Bavuma's South Africa in the third T20I of the five-match series on Tuesday evening (June 14) at the Dr. Y.S. Rajasekhara Reddy ACA-VDCA Cricket Stadium, Visakhapatnam.

After two defeats on the trot, the Indian team is on the back foot. They are yet to beat the Proteas in any format in the ongoing calendar year and have lost seven back-to-back games versus the African team (after their Centurion Test win in late 2020). Thus, the pressure will be on a young and inexperienced Pant-led side, who have not clicked as a unit in the series so far.

In both the games played so far, Pant & Co. have failed to get wickets in the middle overs whereas the rotation of bowlers could've been better. Moreover, Indian batters struggled to read the pace of the wicket in the Cuttack T20I, falling 12-15 runs short of a challenging score. Talking about the Proteas, they have a well-balanced side at their disposal and are much more confident in all departments. Thus, they will like to close the series with an unassailable lead in the third T20I.

ALSO READ | 'When match gets tight...' - Ex-Indian opener on Rishabh Pant's captaincy after India go 2-0 down vs SA

Match prediction for the third T20I between India and SA: Expect another two-paced wicket on offer for the decisive match. Pant & Co. would hope to win the coin toss else they have some inexperience in their line-up, contrary to SA's strong bowling line-up, and can falter again. Both teams would fancy batting second, even if the wicket slows down a bit as the match progresses ahead, as dew can be a factor in Vizag. From what has been seen in the opening two games, SA should seal the series but the Indian fans would hope for their side to remain alive after Tuesday's encounter. Another 145-150-plus affair on cards?