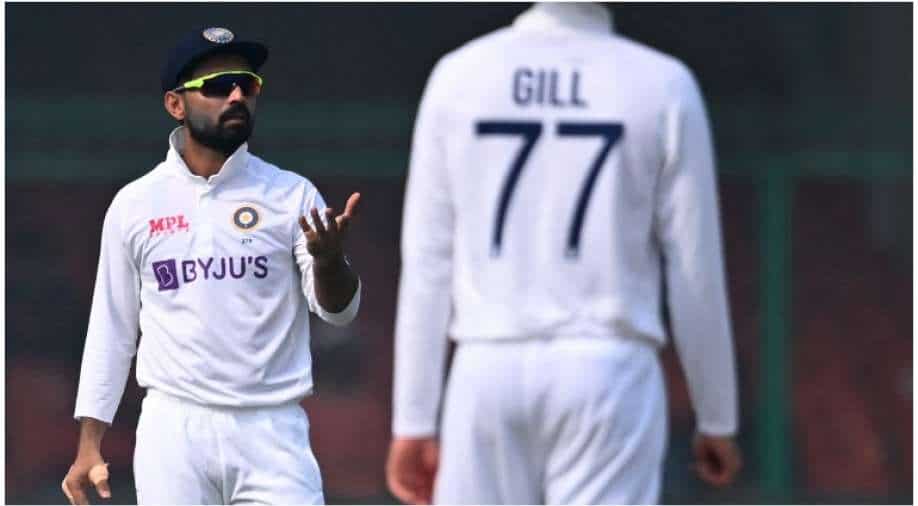 In Test matches this year, Rahane has now scored 411 runs in 21 innings at an average of 19.57, with just two half-centuries. A lot was expected of him in the first Test but Rahane registered scores of 35 and 4, resulting in his Test career average going below 40.

India head coach Rahul Dravid has backed captain Ajinkya Rahane to come good, saying that he is a quality player who did well for India in the past. He insisted that it is a matter of just one innings for Rahane to get back into form.

In Test matches this year, Rahane has now scored 411 runs in 21 innings at an average of 19.57, with just two half-centuries. A lot was expected of him in the first Test but Rahane registered scores of 35 and 4, resulting in his Test career average going below 40.

"You don`t get worried (about Rahane`s poor form). Of course, I would like more runs coming off the bat of Ajinkya. I am sure he would like a few more runs. He`s a quality player and done well for India in the past. He`s one of those quality players and has got the experience. It is just a matter of innings in a game where he can turn that around. He would like to score more runs and he knows that and we also know that," said Dravid in the post-match press conference.

Dravid shielded from giving hints on the make-up of the playing eleven for the second Test in Mumbai, where regular skipper Virat Kohli will join the squad. "See, we`haven`t decided yet. It will be too early to decide because we were thinking of this Test match. When we will go to Mumbai, we will see the conditions, pitch, the fitness of the players, and consultation with Virat Kohli, who will come as well. Then we will decide who will be a part of the playing eleven."

Dravid was in praise of middle-order batter Shreyas Iyer shining in his debut outing in Test cricket, adding that it was a validation of the system in Indian cricket. Iyer was the top scorer for India in both innings, scoring 105 and 65 on debut, which saw him bag the Player of the Match award.

"I think it`s great to see the young guys come through and perform straightaway on debut. We saw that little bit in the T20 series as well with one or two players who came in and made a good account of themselves. It`s always good to see a young kid come in and do well for India in his first Test match. It`s obviously a reflection of that person but it is also a really good reflection of the Indian system that we have been properly able to develop."

"It is not just` India A, he`s played at Mumbai, at various levels, and at club cricket. But he has developed and grown into a cricketer who can come into the international scene and perform straightaway. Really happy for Shreyas. He has worked really hard and has earned it. It wasn`t easy for him, considering the fact that he has averaged over 50 in first-class crick`t, but hadn`t played first-class cricket for three year` and wouldn`t have reached the level if we hadn`t got the injuries or had people resting. But he got his opportunities and taken it with both hands. He`s really shown his quality."

The 48-year-old hailed Ravichandran Ashwin`s achievement of surpassing Harbhajan Singh to be the third-highest wicket-take for India in Test cricket with 418 scalps, choosing to focus more on his evolution and growth as an off-spinner. "It`s a phenomenal achievement. Harbhajan Singh was a really fine bowler and someone I played a lot of cricket with. Terrific bowler for India and what Ashwin has done to go past him in 80 Test matches is a phenomenal achievement."

"Ashwin is one of those guys who has been an absolute match-winner for India. Even today, on this difficult wicket, the way he pulled us back into the game, that third morning with that spell of 11 overs was absolutely phenomenal and then today, just to keep us alive in the game, constantly threatening on wickets like this, is a tribute to his skill and ability."

"I think he`s just evolved and kept growing. He`s one of the guys who just keeps thinking about the game and keeps evolving as well as changing. That is why he is got where he has. You don`t achieve what Ashwin has without growing, improving` and evolving. It`s a pleasure to have someone like him in the dressing room and really happy for him to achieve what he has," concluded Dravid.