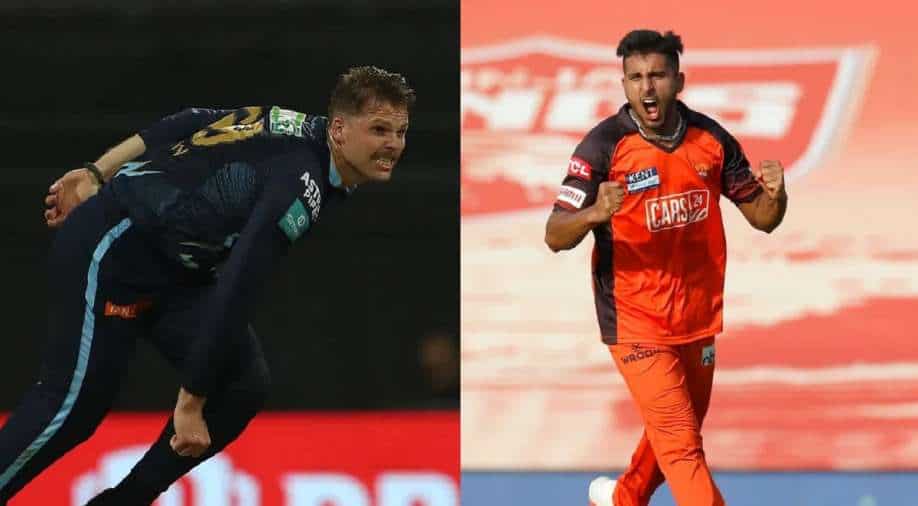 IPL 2022 final: During the summit clash, Lockie Ferguson clocked the fastest delivery of the season, bowling at a rapid 157.32kph in the high-voltage GT vs RR clash.

After being out of action for quite some time, Lockie Ferguson returned to the Gujarat Titans' (GT) playing XI during the IPL 2022 final, versus the Rajasthan Royals (RR) at the Narendra Modi Cricket Stadium, Ahmedabad on Sunday evening (May 29).

Ferguson made heads turn instantly as he bowled the fastest delivery of the season, to Jos Buttler, during the last ball of his first over. For the unversed, Ferguson clocked in excess of 157kph to achieve the landmark, surpassing Sunrisers Hyderabad's (SRH) young pacer Umran Malik's 157kph record, which he had clocked during his franchise's group stage face-off versus the Delhi Capitals (DC) earlier in the season.

Talking about the delivery, the New Zealander bowled a lovely yorker to in-form opener Buttler and achieved the massive record. Earlier, he had hit with 150-kph mark in his first few deliveries before surprising Buttler with a slower one and then a stunning one and all with the quickest delivery of the season.

The Sanju Samson-led RR franchise won the toss and opted to bat first in the summit clash. While RR have gone ahead with the same playing XI, who defeated the Royal Challengers Bangalore (RCB) in Qualifier 2, the Hardik Pandya-led Gujarat have brought in Ferguson in place of Alzarri Joseph.