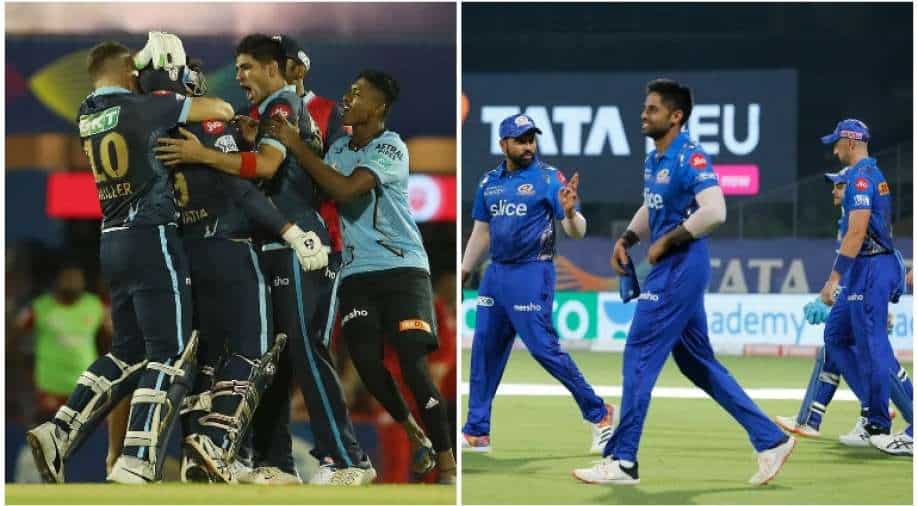 Match 51 of IPL 2022 will see the Gujarat Titans (GT) lock horns with the Mumbai Indians (MI) at the Brabourne Stadium, Mumbai on Friday evening (May 06). Here's the match prediction:

The cricketing action will continue on Friday evening (May 06) as IPL 2022 will continue to move ahead with match 51 which will see the five-time winners Mumbai Indians (MI) take on the Gujarat Titans (GT). Thus, it will be the clash of the table-toppers Gujarat versus the bottom-lying Mumbai franchise.

For Gujarat, everything is clicking at the moment. They have been very impressive right from the start of the season. Hardik Pandya has led well, the team management have ensured a positive environment with roles defined for all individuals, some new additions have also been handy, Shubman Gill has lost form but did well initially, Rahul Tewatia-David Miller and Rashid Khan are performing in full flow whereas Md Shami leads the pace battery. Overall, Gujarat is having a ball and will be desperate to get another win to add a 'Q' (qualified for playoffs) ahead of their name. Hardik will be eager to do well against his former franchise.

Talking about the Mumbai line-up, they are out of the IPL 2022 playoffs race. Thus, they will now look to spoil the party for the other teams and gain something out of a disappointing season. MI have lots to ponder upon as they haven't found a formula or don't even have a set template. The likes of Rohit Sharma, Ishan Kishan, Kieron Pollard, Jasprit Bumrah will like to do a lot more to sign off the season on a high.

Interestingly, MI is coming into this game on the back of their first win, in ninth attempt, whereas Gujarat lost their last encounter.

ALSO READ | 'He is good enough to use his feet against Moeen Ali': Ex-RCB skipper criticises Virat Kohli amid poor run

Match prediction for MI vs GT clash: Toss will be crucial but dew hasn't been a big factor in Brabourne, or even in other grounds as the tournament has progressed ahead. It is a big-scoring venue and, hence, expect in excess of 175-plus affair with Gujarat likely to emerge on top.