Germany 'still needs to find itself', says Joachim Loew ahead of Netherlands clash 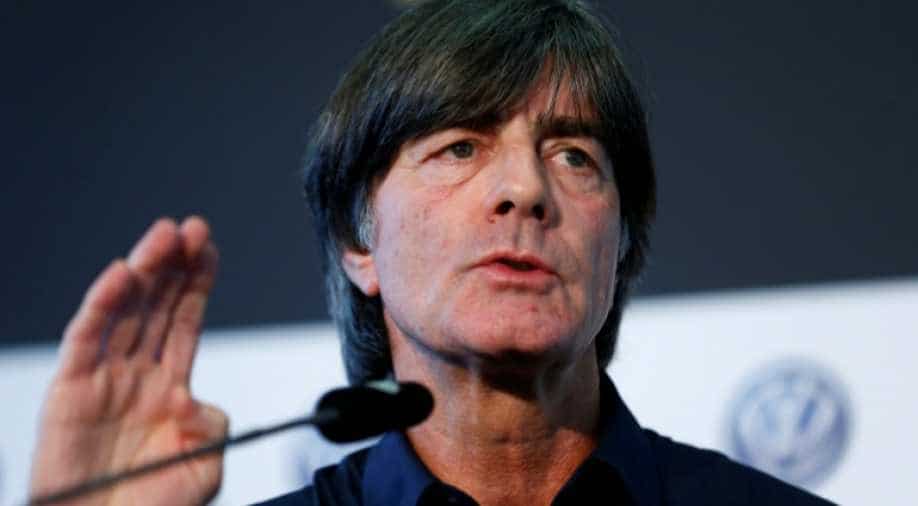 Loew said that his side 'still needs to find itself' as the struggling team prepare at the Johan Cruyff Arena.

Germany coach Joachim Loew has said that his side wants to start the qualification for 2020 on a winning note ahead of Euro 2020 qualifier against the Netherlands.

"We want to start our first match with success and also to finish the qualification successfully," said Loew.

Loew is currently in the process of rebuilding his team, with experienced trio Mats Hummels, Jerome Boateng and Thomas Muller all left out of the latest squad.

He said, "We are also in the process of developing new players and that's also an important element that we experienced in the match against Serbia."

Loew said that his side "still needs to find itself" as the struggling team prepare at the Johan Cruyff Arena.

After the training session, Loew said new-look Germany need to "create a new order" as they work through a "discovery process" with several new players in the squad.

The neighbouring countries will do battle again having met twice in last year's group stage of the inaugural UEFA Nations League.

The Netherlands beat Belarus 4-0 in Rotterdam on March 21 in their opening Group C qualifier, a day after Germany proved unconvincing in a 1-1 draw at home to Serbia in an international friendly.